NCAA Basketball Betting News
The third-seeded Notre Dame Fighting Irish may be the clear-cut higher seed coming into their Sweet 16 matchup against No. 7 Wichita State, but oddsmakers everywhere are clearly expecting this showdown to be a battle for the ages that  likely comes down to the last possession or two for both teams.You see, with this game being a Pick ‘Em at most sportsbooks across the globe, apparently everyone expects Wichita State to possibly pull off another ‘upset’ over a higher seeded opponent just as they did the last time out.Now, college basketball lines may seem undecided, so let’s find out whether Wichita State will be successful in its attempt to take down Notre Dame when they square off on Thursday night. 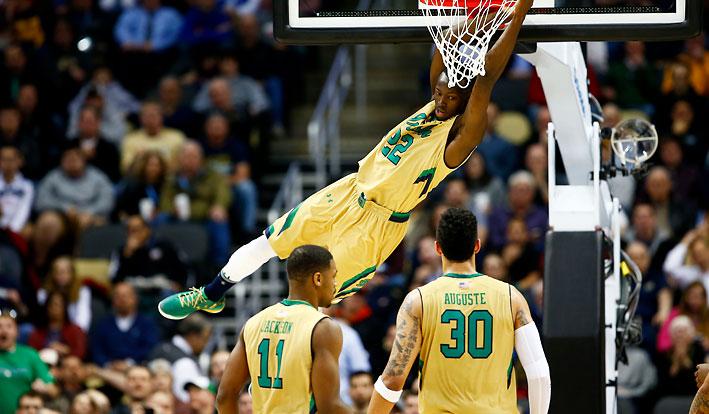 The Shockers have won nine of their last 10 games and handed No. 2 Kansas a resounding 78-65 loss in their Round of 32 matchup on Sunday. Wichita State covered their NCAA Tournament odds as a 1-point underdog to snap a three-game ATS skid and improve to 6-3 ATS over their last nine games. The Shockers placed four players in double figures in scoring and got another fine performance from sophomore point guard Fred VanVleet (17 points, 6 assists) and a team-high 19 points from senior guard Tekele Cotton in the win while holding the Jayhawks to just 35.1 percent shooting from the field.

Notre Dame has recorded a pair of nail-biting wins since the start of the NCAA Tournament, most recently dispatching gritty Butler 67-64 in overtime in their Third Round matchup this past weekend, though they failed to cover the spread as a 3.5-point favorite to fall to 0-2 ATS in the tournament.The Fighting Irish got a team-high 20 points from sophomore shooting guard Steve Vasturia and placed two other players in double figures in scoring. More importantly, Notre Dame held Butler to just 33.3 percent shooting from the field in the victory. 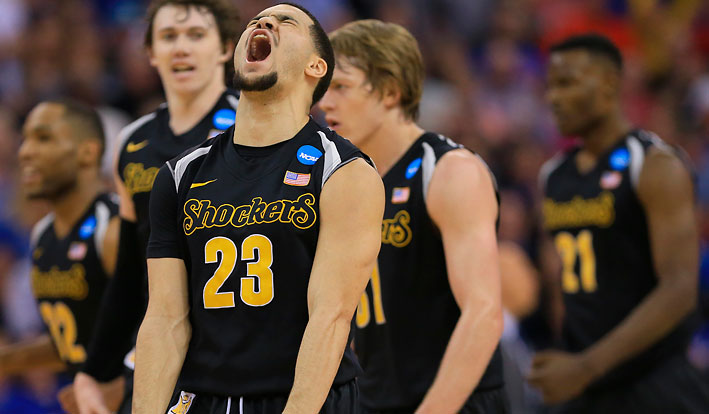 I’m a huge Wichita State fan, but the fact of the matter is that I think very highly of Notre Dame and their underrated team leader, shooting guard Jerian Grant.Still, Notre Dame hasn’t really impressed me much since the start of the NCAA Tournament and I genuinely believe that Wichita State is going to turn this contest into a knock-down, drag-out affair that comes down the very last possession or two for both ballclubs.

While Notre Dame gets it done at the offensive end of the floor, averaging a stellar 78.2 points per game, Wichita State gets it done on the defensive end of the floor, limiting their opponents to just 56.7 points per game.Ultimately, I believe this game will be decided on the backcourt play of both teams. While I think Jerami Grant is the best player in this entire affair, there’s not a backcourt in the country I’d take over Wichita State’s Fred VanVleet and Ron Baker. 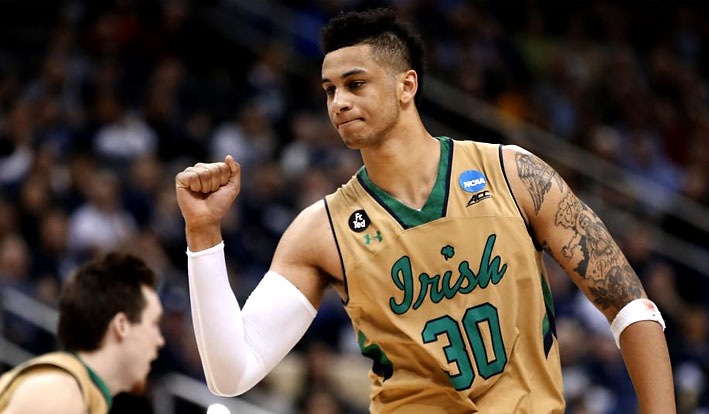 The heady VanVleet, more so than any other player on the floor, will likely decide the outcome of this Sweet 16 showdown, though I suspect that Bakers sweet-shooting will also show in a timely manner after he’s struggled in shooting 8-for23 over the last two games.Notre Dame has gone 5-2 ATS in their last seven games and they’ve taken out the likes of Louisville, Duke and North Carolina over the stretch, but the Fighting Irish have also compiled a shocking 1-10 ATS mark in their last 11 NCAA Tournament games and stunning 0-4 ATS mark in their last four games against teams from the Missouri Valley Conference.Wichita State has gone 7-2 ATS in their last nine NCAA Tournament games and a bankroll-boosting 47-21-2 ATS in their last 70 games overall.I know the Shockers are also just 1-4 ATS in their last five neutral site games, but I believe this team has a date with destiny and will win to advance to a date in the Elite Eight against a Kentucky team that ended their perfect record and tourney run just last season.