NCAA Basketball Betting News
The Texas A&M Aggies are learning the hard way about the difficulties of staying at the top of the College Basketball National Rankings. Entering this week, the Aggies boasted of a 7-0 record in conference play, along with a stellar 17-2 overall mark, which saw them climb to No. 5 in the National Rankings, the highest ranking ever in the program’s history. And just when it seemed like Aggies had a chance of running the SEC table with a flawless mark, the unranked Arkansas Razorbacks shocked the NCAAB odds by beating Texas A&M 74-71 on Wednesday Night, bringing an end to the Aggies 10-game winning streak.

Why Bet on Iowa State

While the Aggies were having a forgettable night against the Razorbacks, the Cyclones were busy making cherished memories in Iowa, where they upset the #4 Kansas, 85-72. This was Iowa’s fourth straight win, improving their season record to 16-4 (5-3 in Big 12). The Cyclones will be hoping to stay in winning ways, led by the versatile duo of guard Monte Morris and forward Georges Niang, who combined for 40 of Iowa’s points in the blowout home win over Kansas. Other than Texas A&M’s slightly superior record for the season (17-3, 7-1), the Cyclones are better than the Aggies in all the important offensive statistical categories, as detailed below:

Why Bet on Texas A&M 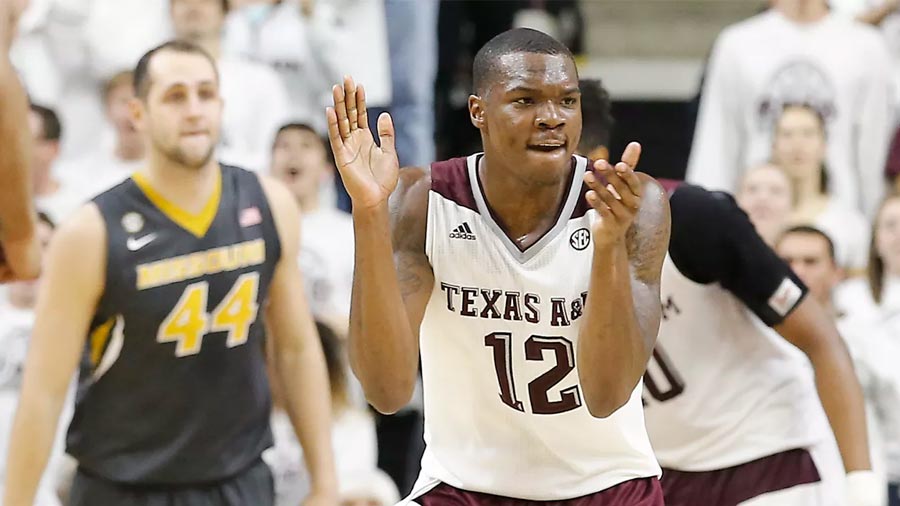 Despite suffering their first conference loss, the Aggies still have a lot going on in their favor, which will be a shot in the arm for them in the quest for a bounce-back win. For starters, besides their 74-67 home loss to Syracuse earlier in the season, the Aggies haven’t suffered any other loss at home. Moreover, The Aggies are very good at sharing the ball, ranked at #8 in the nation in assists per game (18.5). Comparably, the Cyclones are ranked 27th in the nation in the same category, dishing out 16.8 assists per game. Even more importantly, Texas A&M owns a much-superior defense when compared to Iowa State. While the Cyclones are good at scoring, they are often hard-done by their leaky defense that is allowing a whopping 73.6 PPG (tied for #226 in the nation). The Aggies, meanwhile, are giving up just 64.3 PPG (tied for an impressive 33rd ranking in the nation). It is because of this solid D that the Aggies have been able to win more games and grind out results even against high-scoring teams, something that should be possible this weekend, especially if they can avoid the many fouls that doomed them to the loss against Arkansas.

The Aggies use their defense to keep the Cyclones in check in the first half, but Niang and Co. explode for a strong second half to hand Texas A&M its second straight loss in as many games. *My College Basketball Picks: Iowa State for SU and ATS *My Predicted Score: Iowa State 75, Texas A&M 71.
Older post
Newer post