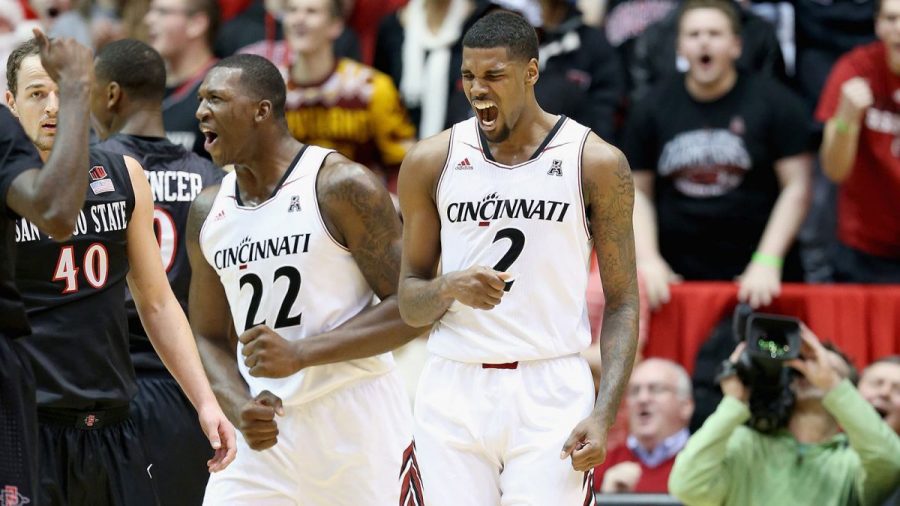 NCAA Basketball Betting News
With absolutely nothing to lose, No. 8 Cincinnati will look to knock off No.1 overall seed Kentucky in their Round of 32 matchup on Saturday and pull off the biggest upset in the 2015 NCAA Tournament so far. Thanks to this expert breakdown and NCAA Basketball odds analysis, you’re about to find out if the Bearcats will be successful in their effort to either pull off the outright win or cover the spread at the very least.

How To Bet The Wildcats vs Bearcats NCAAB Odds, TV & Game Info

Cincinnati is the least picked team to reach the Sweet 16 in Tourney Challenge(1.3%) That might have something to do with playing Kentucky. — ESPN Stats & Info (@ESPNStatsInfo) March 21, 2015

The Bearcats bounced back from their AAC Tournament loss to UConn to gut out a hard-fought 66-65 overtime over Purdue in their tourney opener. Cincinnati recorded the win for the large part without leading scorer Octavius Ellis (9.9 ppg) after he was ejected against the Boilermakers. The Bearcats have won six of their last seven games and have a balanced offense that features six players averaging 6.3 points per game or more. Forward Gary Clark joins Ellis as the team’s leading rebounder with both frontcourt players pulling down 72 boards per game. While Cincinnati averages a modest 62.5 points per game, the Bearcats are also one of the nation’s best defensive teams, limiting their opponents to just 55.6 points per game, good for sixth in thee nation. Cincinnati also holds its opponents to just 38.9 percent shooting from the field (19th) and a 32.1 percent mark from beyond the arc (63rd). “We’ll go out there with a lot of confidence,” Bearcats guard Kevin Johnson told reporters. “We’ve got nothing to lose. That’s not a bad position to be in.” Cincinnati joins Kentucky among the top defenses in the country, but must deal with a balanced Wildcats squad that has won 35 games by an average of 21 points.

Ho-hum…the top-seeded Kentucky Wildcats ran roughshod over another opponent on Thursday to remain unbeaten in 35 tries and easily move into the Round of 32. Seriously though, the top-seeded Wildcats spanked Hampton 79-56 in their March Madness tourney opener as freshman big man Karl-Anthony Towns dominated with 21 points and 11 rebounds. The Wildcats are putting up a robust 75.0 points per game (28th) while ranking third in points allowed (54.0) and a nation’s best, first in defensive field goal percentage (35.2). Towns rebounded from making only three field goals combined in his previous two games to drain 8-of-12 from the field and produce his eighth double-double of the season on Thursday. Leading scorer Aaron Harrison (11.1) registered only three points on 0-of-5 shooting and backcourt mate Devin Booker (10.2) was 1-of-6 against Hampton. Andrew Harrison (9.3) picked up the slack with 14 points while fellow guard Tyler Ulis reached double figures for the sixth time this season with 11. Center Willie Cauley-Stein added 11 rebounds for the Wildcats in their tourney opener and guard Andrew Harrison added 14 points. Listening to Kentucky head coach John Calipari, it doesn’t sound as though the Wildcats will underestimate their upcoming opponents. “I know they’re physical and they play tough,” Calipari told reporters of the Bearcats. “They’ve got guys that aren’t going to be afraid of us.” The Wildcats, who have four players 6-10 or taller, allow 54 points per game – third in the nation — and their top five scorers average between 9.3 and 11.1 points.

My Wildcats vs Bearcats Betting Analysis

I’m going to get right o the point by saying that I don’t think there’s any way that the Cincinnati Bearcats fail to cover the huge spread as double-digit underdogs. The Bearcats last three losses have all come by three points or less and I fully believe that Cincinnati is going to keep the final score a lot closer against Kentucky than anyone expects. Sure, I know Cincinnati hasn’t played the same kind of caliber of opponents that Kentucky has this season, but the Bearcats got pretty hot just before the start of the NCAA Tournament by winning each of their final five regular season contests before suffering their heartbreaking loss to Connecticut in their conference tournament. I know the Bearcats are 0-4 ATS in their last four NCAA Tournament games and just 1-6 ATS in their last seven neutral site games, but the Bearcats are also 4-1 ATS in their last 5 games following an SU win and 5-2 ATS in their last seven games overall. While Kentucky has compiled an impressive 12-3-3 ATS mark in their last 18 neutral site games and 8-3-1 ATS mark in their last 12 NCAA Tournament games, the Wildcats are also just 2-5 ATS in their last seven games against teams with a winning % above .600 and I believe that statistic says that really good teams give the Wildcats a lot tougher way to go than the oddsmakers have expected as of late. I like the Cincinnati Bearcats to cover the spread with a valiant effort that ultimately comes up short of giving them the outright win. Prediction: Kentucky 69 Cincinnati 59
Older post
Newer post