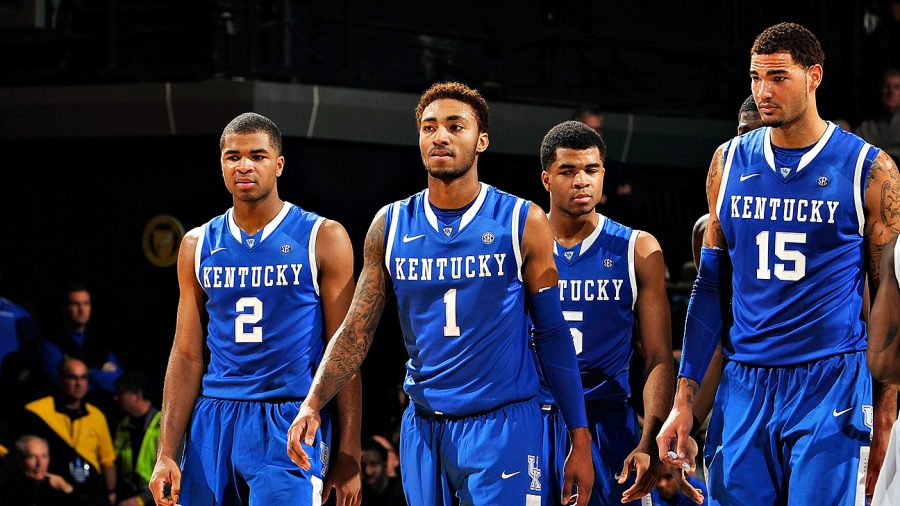 Written by Jordan Walters on February 9, 2015

NCAA Basketball Betting News
With just 8 games to play in the regular season, it’s beginning to look as though Kentucky (23-0, 10-0) might be a sure NCAA Hoops Odds option for the coming weeks. They did have a couple of scares at the start of conference play, but they have since cut a swath through the SEC, and don’t really have an opponent in front of them that looks capable of pulling the upset.

Why Bet on the Kentucky Wildcats?

The Wildcats are heavily favored to go unbeaten now, but those games still have to be played, and stranger things have happened. Next up is a trip to Louisiana to take on the LSU Tigers (17-6, 6-4). Kentucky comes in with a 73.6 PPG average, but that has been steadily dropping, as they have only managed to hit 70 points once in their last 6 games.The fact of the matter, though, is that they really don’t have to pile on the points, as they have the nation’s 2nd best defense, giving up just 51.5 PPG. This is a team that does things by committee when it comes to scoring, as can be witnesses by their top scorer (Aaron Harrison) averaging just 11.5 PPG. It is all about efficiency and total team effort for Kentucky, as the offense and defense always seem to play in unison.

Why Bet On The LSU Tigers?

LSU have not exactly been the model of consistency in their past few outings, losing 3 of their last 7 games. They lost on the road to Mississippi State before dropping one at home to Auburn, although they did halt the skid by knocking off Alabama over the weekend.The crowd is sure to be fired up at the Pete Maravich Assembly Center, and the best chance that the Tigers have of success is to try and ride that wave of emotion early on in hopes of getting off to a fast start versus Kentucky. This is a Wildcats team that does not scare easily, though, and they have the ability to take the air out of the building by controlling the floor at both ends. LSU will be looking to their big scorers Jordan Mickey (17.0 PPG) and Jarell Martin (16.0 PPG) to try and break down that stifling Kentucky defense.

My Game Prediction and Pick:

The LSU Tigers are not a bad team, but they still look in over their heads in this one, as most everyone does versus Kentucky. Home court advantage should help them keep this one close throughout, but Kentucky should eventually prevail and win in the 6-10 point range.
Older post
Newer post