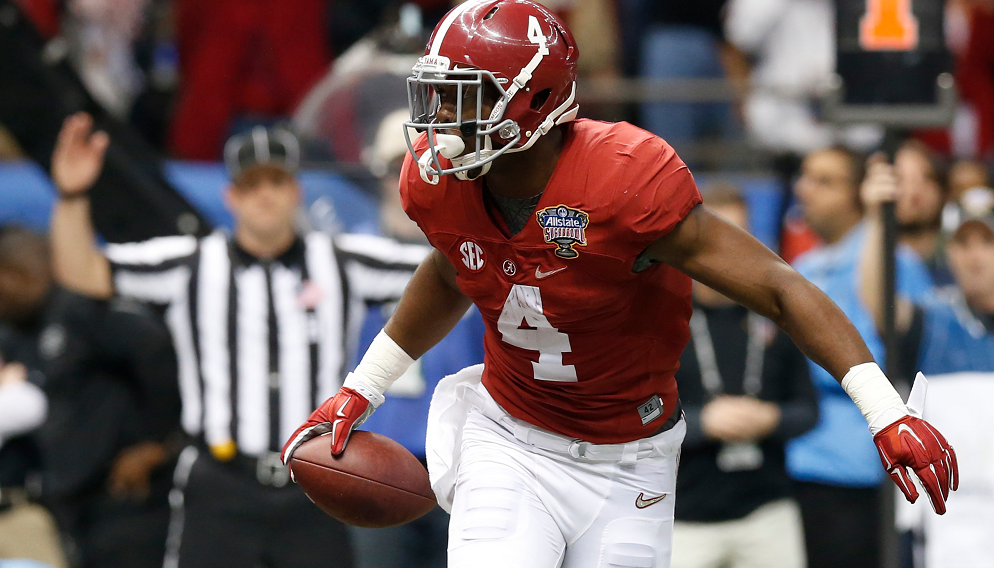 NCAA Football Betting News
When you are a highly successful coach like Nick Saban, boasting of a remarkable 177-59-1 professional career record and being highly regarded as The Most Powerful Coach in Sports by a respected organization like Forbes, then your blessing also becomes your curse, with everyone always expecting you to perform highly.

So as we head to the 2015 NCAAF betting season, questions begin to surround the teams tagged as favorites, and one of them is the Crimson Tide.  Although the 2015 Alabama team comes with a shaken-up roster and a few changes in the coaching realms, the expectations remain the same for the Crimson Tide faithfuls—a strong season that will end with a win in college football odds to win the 2016 CFP National Championship. At the very worst, a Major Bowl would be excusable.Anything less than the above would be considered a total failure for Saban. Will the 9-year Alabama coach (entering his 10th year) live up to the expectations as he’s often done, or will the pressure prove too much for him to handle? Read on as we break down the answer to that question in the section below:

Reasons the Tigers Will Make the Playoffs

The Saban Factor: As glimpsed above, Saban is a master of success with a long list of accomplishments, so his presence should guarantee another run at the playoffs, as was the case in the inaugural four-team playoff system in the just-concluded 2014-15 season.Coker is on the Come-up: The talks about a new QB transfer to Alabama don’t seem to be materializing, meaning the Tide have to work with the available options in Jake Coker, Cooper Bateman, David Cornwell, Blake Barnett and Alec Morris, who are fighting for the starting job. Since the departure of QB Blake Sims to the NFL, Coker has been getting most first-team snaps, and added to his good enough experience, the general consensus is that he will be winning the starting role at the center. 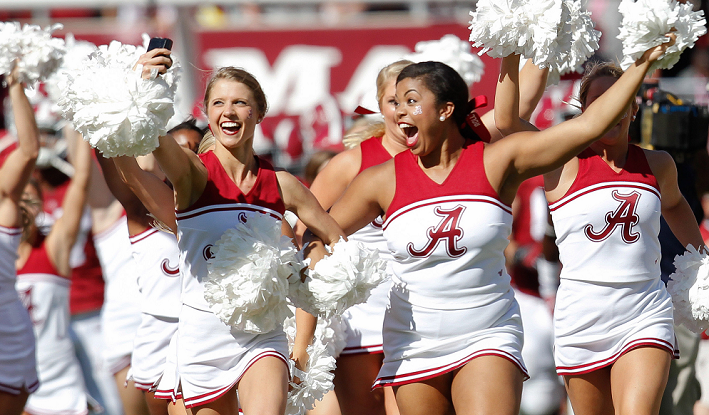 Even more important, Alabama’s quarterback coach David Morris recently said he is very happy with the progress made by Coker, so Alabama fans can be rest assured that they’ll have a serviceable option to work with in the new season. It should also be duly noted that Alabama had the best recruiting class in 2014, getting very good players in the offense, hence the Tide will be having a much-refreshed O-line in 2015. Very Promising Defense: The Tide have had one of the best defensive units in the nation over the recent years. And going by the changes they’ve made in the offseason, things could be changing for the better, as they boast of immense talent, including star linebacker Reggie Ragland and other solid pieces like A’Shawn Robinson, Jarran Reed and Jonathan Allen.

Reasons Why Bama Could Miss the Playoffs

Depleted Team Starters: Bama has good recruits, but it would be hard to ignore the fact that Alabama is returning with just 11 starters (4 in the offense and 7 in the defense). This could be a problem in terms of familiarity and easily gelling together like teams with more starters, who tend to have more experience and are able to connect in a near-telepathic way since they are more familiar with each other’s moves and plays. Some of the huge talents the team lost from last year’s group include quarterback Blake Sims, wide receiver Amari Cooper, running back T.Y. Yeldon and safety Landon Collins, who were all mega stars in their respective roles.Hellish SEC Competition: The SEC has a longstanding reputation for being a toughly competitive conference and 2015 promises to become even tougher, as teams like Auburn, LSU, Georgia and Missouri are all looking improved (on paper). This competition guarantees a challenging season for the Tide, especially now that there are so many questions about the team’s roster, especially in regards to whether or not the recruits will live up to their hyped up statuses.

Admittedly, I am a great admirer of coach Saban’s work. His winning philosophy, stellar coaching tactics on both sides of the ball and ability to turn promising recruits into pros are some of the reasons I believe he will be having another good season, racking up at least 10 wins. Unfortunately, college football (just like the NFL) is a quarterback-oriented game. And with Coker and Co. not looking as formidable as other QBs in the SEC, or the league for that matter, it’s hard to trust the Tide to reach the playoffs, even if they are the most favored team in the SEC to do so in the college football betting lines and odds.
Older post
Newer post