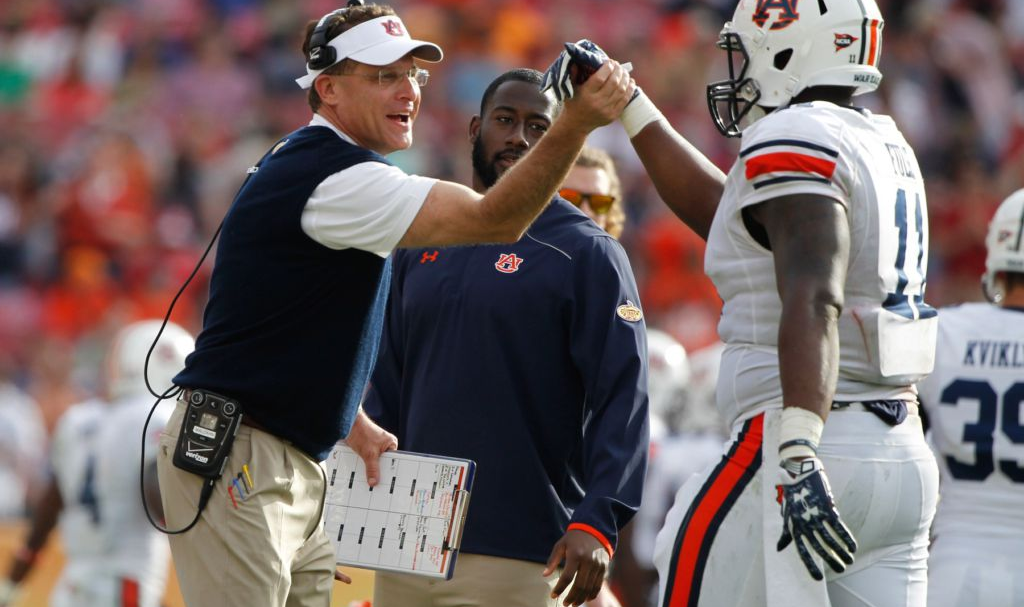 NCAA Football Betting News
The Auburn Tigers will enter the 2015 college football odds with a lot to prove to themselves and their fans after disappointing with an 8-5 (4-4 SEC) record in 2014, concluding their season with a 3-point OT loss to the Badgers in the Outback Bowl.

What are the Odds of Auburn Making it to the Playoffs?

Great Coach: Fortunately for the Tigers, they have a man who is more than perfect for the job in coach Gus Malzahn, the 2013 National Coach of the Year who boasts of a decent 20-7 record in his two years at Auburn and two January bowl games, including an SEC Championship title and an appearance in the 2013 BCS National Championship Game.Strong QB, Receivers and Runners: In addition, the Tigers have a dependable man at the center in junior QB Jeremy Johnson. The quarterback, who will be replacing Nick Marshall, has made two career starts and decently passed for 436 yards and 3 TDs in seven appearances last year. Despite not being a journeyman like Marshall, Johnson boasts of stellar passing ability with strong arms, making him a better passer than his predecessor. With D’haquille Williams (730 receiving yards and 4 scores in 2014) leading the receivers this year, and the talented receiving combo of Tony Stevens and Ricardo Louis offering support, Johnson should be good a big year. Not to mention, RBs Jovon Robinson and Roc Thomas are talented runners, while the team’s O-line is positively revamped, boasting of players like Austin Golson, Avery Young, Shon Coleman and Alex Kozan.Will Muschamp Means Better Defense: If you’ve been watching college football long enough, then you must be aware that former Florida head coach is one of the best defensive schemers in the league. The fact that he is now the defensive coordinator for Auburn means a stronger defense by the Tigers in 2015, especially because he will be working with a talented group, including eight returning starters from last year and solid 2015 recruits like Byron Cowart (the No. 1 overall defensive recruit in the nation).

Reasons the Tigers will Miss the Playoffs

Deep Talent Loss: Good as Johnson is, he is no Nick Marshall, who was a lethal dual-threat QB. With the Tigers likely to focus more on passing than running, their options could be limited. On top Marshall’s loss, the team has to contend with the gaping holes left by the likes of running back Cameron Artis-Payne and star receiver Sammie Coates in the offense, and Jeffrey Whitaker, Angelo Blackson, Gabe Wright and Ben Bradley in the defense. These additional losses spell some lax in experience, which could prove devastating when they play the usual top-heavy SEC conference games.Tough SEC Competition and Challenging Schedule: The SEC is arguably the strongest conference in NCAAF betting, while the SEC West is definitely the toughest of the two SEC divisions. Navigating through the SEC and beating other competitors to the score will thus not be easy. This will be particularly complicated, considering the Tigers have games against Alabama, Georgia, Ole Miss, Mississippi State and Arkansas in the new season. 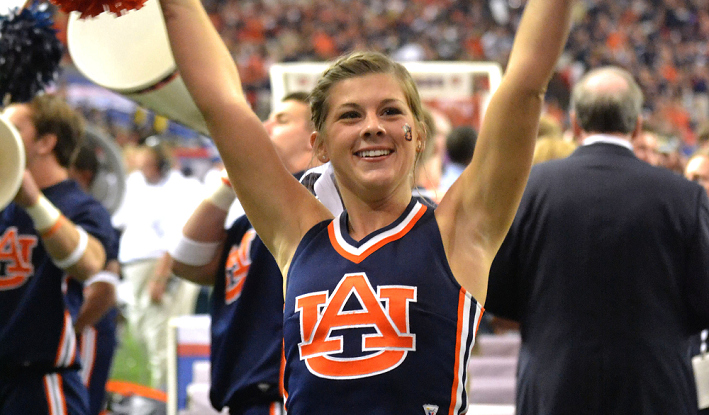 Even with their talented team and a great coach leading them, getting out of the SEC unscathed will be nearly impossible for the Tigers. Still, if the Tigers can take down some quality opponents in the new season and probably finish the season as a one-loss or two-loss team, then contending for the playoffs should be a possibility, one which we believe is worth putting your money on in the NCAA Football Odds.
Older post
Newer post