NCAA Football Betting News
The BYU Cougars NCAAF betting fans will look to bounce back from their first loss of the season when they visit the Michigan Wolverines in a Week 4 matchup that looks as intriguing as any matchup on the Week 4 docket. With that said, let’s find out who’s going to bring home the bacon in this one!

BYU suffered a crushing 24-23 loss t UCLA in their Week 3 pairing but easily cashed in for betting backers as a 16.5-point underdog. Young quarterback Tanner Mangum completed 30 of 47 passes for 244 yards with one touchdown and one interception while senior running back Adam Hine rushed for a career-high 149 yards and one touchdown on 23 carries. 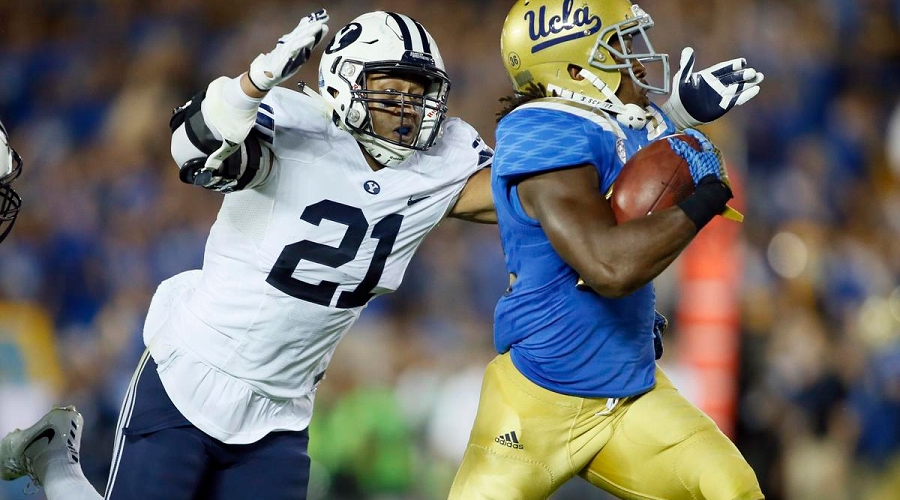 BYU junior linebacker Harvey Langi played both ways for the Cougars ad had a fantastic game in recording a team-high eight tackles and the first two interceptions of his career. On offense, Langi carried the ball twice – and picked up two first downs in the loss. Unfortunately, the Cougars also allowed UCLA running back Paul Perkins to rush for a career-high 219 yards and one touchdown.”They had a great pass rush and we were outside the pocket,” BYU coach Bronco Mendenhall said. “Tanner tried to stay alive as long as possible and the receiver was working to get open. Their defender made a great play.” 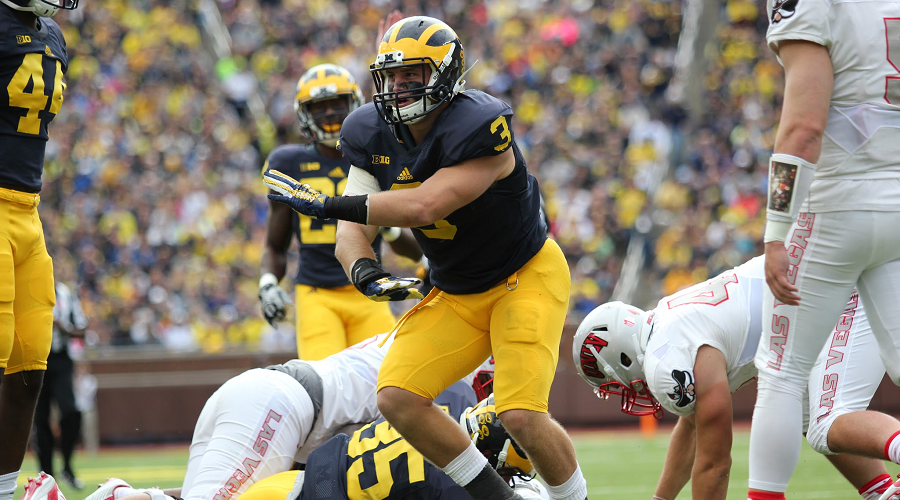 Michigan jumped out to an early lead and hit the ‘cruise control’ button in their solid 28-7 Week 3 win over UNLV, though Jim Harbaugh’s squad never came close to cashing in as enormous 32.5-point home favorites. The Wolverines led 21-0 at halftime lead a got a fine performance from quarterback Jake Rudock as the senior completed 14-of-22 passes for 123 yards and one touchdown, although he did toss his fifth interception in three games. 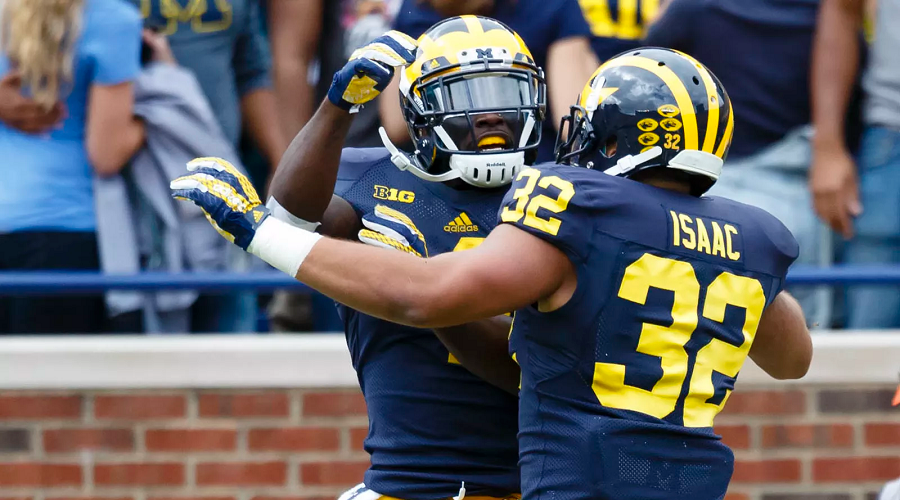 The Wolverines finished with 377 total yards, including 254 rushing yards while limiting UNLV to just 111 total yards over the first three quarters. Junior running back Ty Isaac carried the rock eight times for a career-high 114 yards with one spectacular 76-yard touchdown run. “I was pleased with the way our team played,” Harbaugh said. “They did what we asked them to do and that was to take care of business. … It felt like we improved today as a team and got the win.” 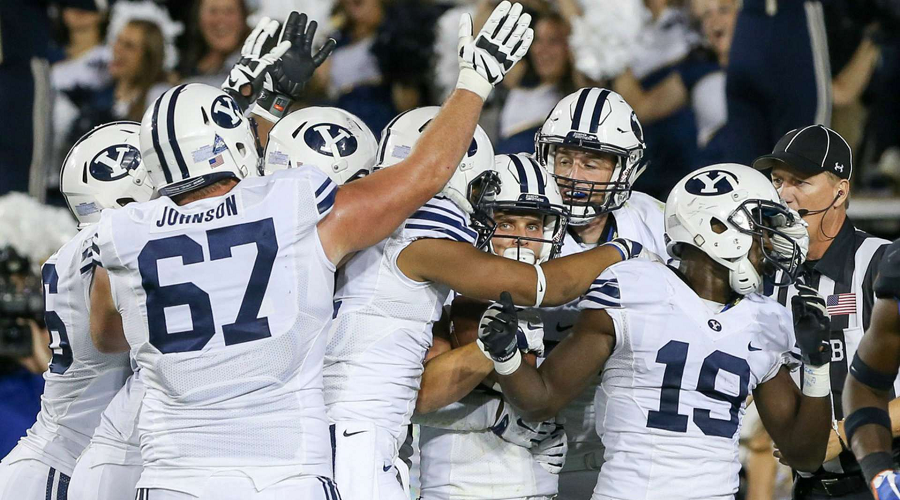 57 percent of the betting public likes BYU to cover the spread and I think they’re right seeing how well BYU has played this season. The Cougars took out Nebraska and Boise State in Weeks 1 and 2 before narrowly falling to UCLA on Saturday. Now, I think they could get the outright win over a Michigan team that is right around the same talent level as each of their first three opponents this season. The Cougars are 5-1 ATS in their last six non-conference games and 4-1 ATS in their last five road games, not to mention a bankroll-boosting 8-3 ATS in their last 11 games in the month of September. 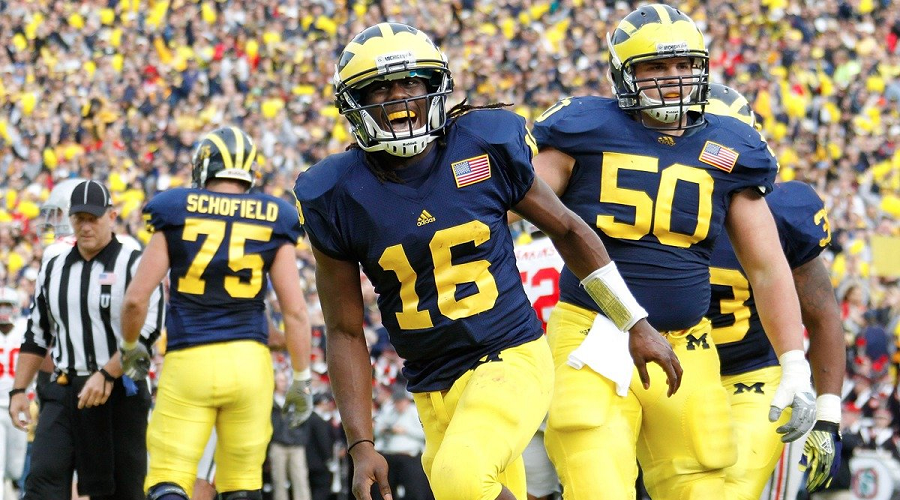 While hate to really look at Michigan’s ATS trends seeing as how they’re playing for a brand new head coach in Harbaugh, history says the Wolverines could struggle to cover the spread. Michigan is 1-5 ATS in their last half-dozen non-conference games and 1-8 ATS in their last nine games in the month of September and they just have the look of a team that is going to be  better later in the season than they are right now. 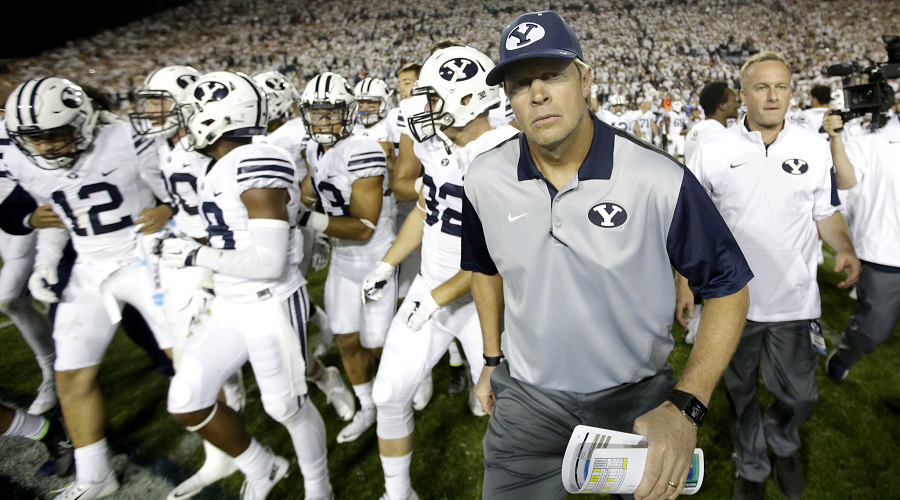 As far as the Over/Under is concerned, 60 percent of public bettors like the Over and so do I, seeing how BYU can put points on the board with the best teams in the nation, even without their Heisman Trophy-contending quarterback Taysom Hill. The Over is 4-1 in BYU’s last five non-conference games and 6-2 in their last eight road games.
The Picks: BYU +6 Points/Over 45 Total Points
Older post
Newer post