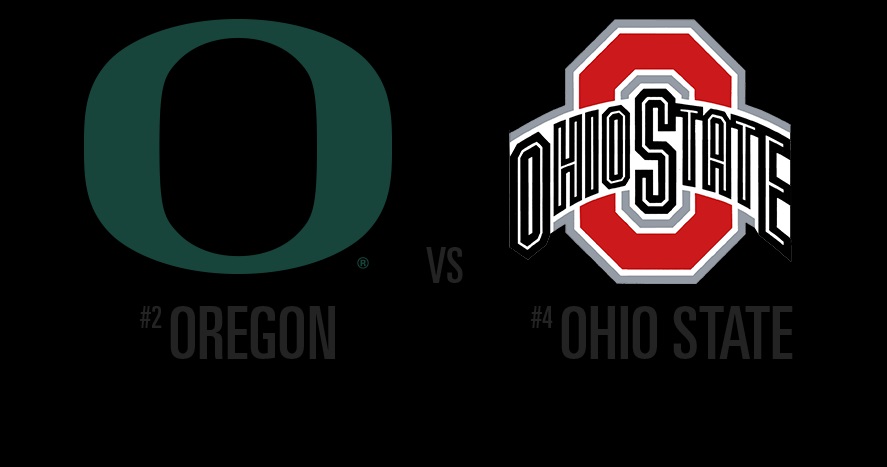 NCAA Football Betting News
We are now almost at the end of another exciting college football season, but this one was a little different from those that went before. This was the year when we finally got a playoff, and it’s fair to say that it was a roaring success, leading many to believe that the playoff set-up will be expanded sooner rather than later. I’m sure we’ll see changes in the coming years, but in the meantime we should focus on the college football betting odds and lines for the championship game between Ohio State and Oregon.

The Oregon offense was very much as advertised during the season, as they were able to post an average of over 47 points per game. They had a lot of great performances, but perhaps none as eye opening as the 59 points they laid on the Florida State Seminoles in the playoff game. The Ducks were particularly impressive coming down the stretch, as they were able to put up at least 42 points in each of their last 8 games. You can counter that by saying that the Ohio State defense only gave up an average of 22.1 points per game, but that number is less impressive when you look at the teams they faced to post that number. You need only look at their playoff game against Alabama, where they gave up 35 points, to see how that defensive stat may be a little skewed. That said, they have not given up 40 points or more all season long.

Why Bet on the Ohio State Buckeyes

We would be remiss if we didn’t talk about what Ohio State has done on offense this season, as they have averaged 45 points per game. They have posted 101 total points in their previous 2 games, putting 59 on Wisconsin and 42 on Alabama, and all with third-string QB Cardale Jones at the helm. The Oregon Ducks have only been giving up 22.3 points per game on average, and this has come against some very good offenses in the Pac-12. Furthermore, the only time that Oregon has allowed more than 34 points this season was against Cal, and they were able to hold Florida State to just 20 points, whilst also forcing 5 turnovers.

It all comes to a close on Monday January 12 at 8:30 PM, when the Oregon Ducks and the Ohio State Buckeyes play for it all at AT&T Stadium. As it stands right now, the Ducks are 6-point favorites for the national Championship, with the OVER/UNDER set at 75 points. The Oregon point total is set at 41 points, while the bookies have the Ohio State point total set at 35.
Older post
Newer post