NCAA Football Betting News
Dynasties in NCAAF betting odds can last from as few as three years to as long as two decades. Historically, there are schools that have been that successful, outperforming others for long stretches of years, no wander they are often referred to as Football Powerhouses. Although the future of most programs is always uncertain due to the dynamic nature of the sport, we can project their futures by digging into their past and current performances, and the using the data to forecast what can be expected in the future. Difficult as it is to have a definite lock, let’s have a look at some of the greatest schools that are likely to disappoint heading into the 2015 season. 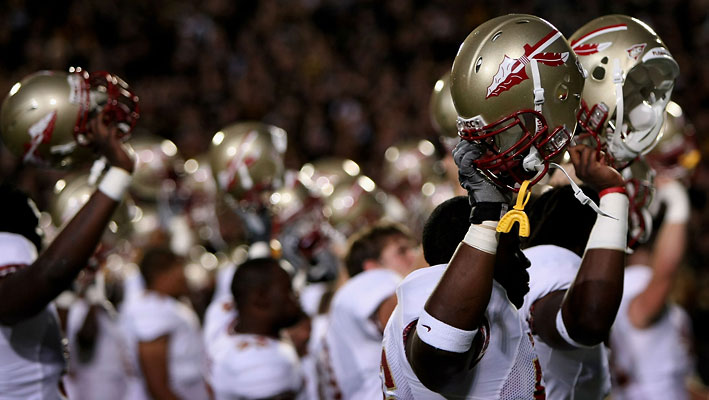 For the last three seasons, the Seminoles have won a BCS National Championship, three straight ACC titles and made an appearance in the first college football playoff, making them one of the most successful programs in recent history. Looking ahead into the new season, the school is packed with a good number of Blue-chip stars from a streak of top-five recruiting classes and some of the deepest rosters in the league.

In addition, the Seminoles boast of the first crack at most of the prized in-state talent and continue to succeed in recruiting all over the Southeast. However, despite the recruitments and their recent successes, the program does not look as solid as it was in the 2013/14 season due to the departure of key starters like Jameis Winston (drafted by the Bucs) and Rashad Greene (drafted by Jaguars), among other key players who joined the NFL. Even if head coach Jimbo Fisher continues to lead the school inspirationally like he’s been doing, it will be tough for him to sail through against giant-killers like Duke, Clemson and Boston College in the increasingly-competitive ACC Division. 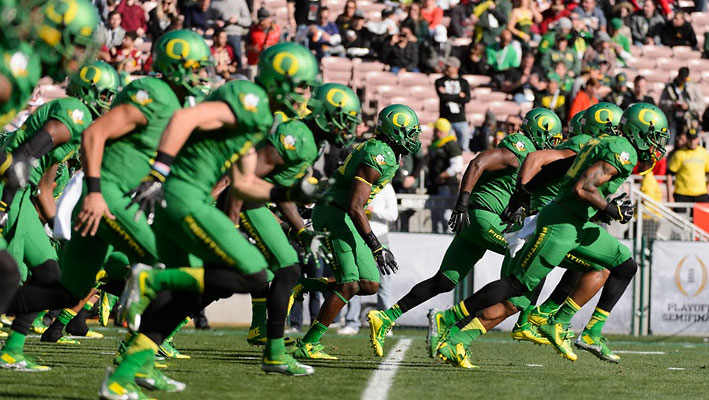 Only the Oregon Ducks and Alabama Crimson Tide have won double-digit games in each of their last five seasons. Additionally, the Ducks have won three of the last five Pac-12 crowns and have played in two national title games over the five-year span. Going by the program’s talented prospects, under the youthful guidance of head coach Mark Helfrich, the Ducks are looking promising in the Pacific Northwest and beyond for the upcoming season. Nonetheless, Stanford is slowly recovering to its fantastic form, and the continued persistence of California, the two Arizona team and the two Washington in the Pac-12’s top flight forecasts a bleak future for the Ducks, particularly after the team lost their mercurial quarterback Marcus Mariota. 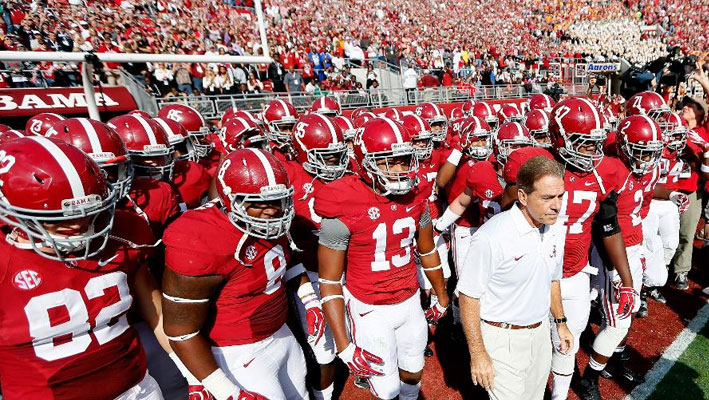 Apart from the aforementioned feat of double-digit seasons, Alabama has won two of the last three SEC titles and the program’s quest for more championships titles is far from over, going by their determination in the SEC Conference. In true tradition to their respected recruitments, the Tide once again pulled in the top recruiting in 2015, courtesy of the four-time National Champion Nick Saban. In 2015, Saban’s presence in Tuscaloosa will ensure that the new recruits are able to develop their talents and prove invaluable to the team. Unfortunately, the Crimson Tide are caught in a QB situation as the September kickoff approaches, following the departure of QB Blake Sims. Meanwhile, the team has seemingly lost its formula for countering strong opponents in Bowl games (have recently suffered two big losses to Oklahoma in the Sugar Bowl and lost to Auburn in the Iron Bowl). Keeping such factors in mind and assessing the Tide from a competitive point of view, more so in the top-heavy SEC, it will be difficult for Alabama to maintain its legacy as a dominant force in the conference.SourcesOregonLive.com (http://www.oregonlive.com/ducks/index.ssf/2015/02/oregon_coach_mark_helfrich_awa.html)CBSsports.com (http://www.cbssports.com/collegefootball/eye-on-college-football/25241807/2015-sec-media-days-nick-saban-addresses-alabamas-qb-competition)
Older post
Newer post