NCAA Football Betting News
In 2014, the Georgia Bulldogs finished 10-3 overall, with a 6-2 SEC record, good enough for second place in the SEC East. This was the team’s third double-digit victory season in the last four to the delight of NCAAF betting fans who are also Georgia fans. They beat the reigning SEC East champions (Missouri and Auburn) by 34-0 and 34-7 scores, respectively. If Georgia had not fallen prey to a mysterious beating against Florida and fallen in overtime to Georgia Tech, they would have appeared in the SEC title game.

Last year, Georgia relied on quarterback Hutson Mason to manage games and let the offense fall on the shoulders of the running backs, first Todd Gurley and then Nick Chubb. The team also had first-year defensive coordinator Jeremy Pruitt, who led the unit to a +16 turnover margin – the best the team had yielded since 1982.
Coming into 2015, Georgia has six starters returning on both offense and defense. The biggest names coming back are Chubb, wide receiver Malcolm Mitchell and linebackers Jordan Jenkins and Leonard Floyd. As it stands, the team has some the best running tandem and linebacker corps, as well as one of the best offensive lines in the nation.
Chubb, in particular, will have national attention from Week 1. He averaged 165.4 yards on the ground per game over the last eight contests last year. Sophomore Sony Michel and senior Keith Marshall will also get some carries too. The defensive scheme is buttressed by three outside linebackers that might be the best set in the nation as well.
So what flaws do the Bulldogs have? They are rolling out a new starting quarterback for the second season in a row. Brice Ramsey will battle with UVA transfer Greyson Lambert for the starting job. Center David Andrews is also gone, leaving a gaping hole in the line. The bulldogs need to replace the two top tacklers and put together a defensive line that has no returning starters. However, if Coach Richt can find the right quarterback, he has a running game and defense that will be powerful forces in the SEC this coming season. 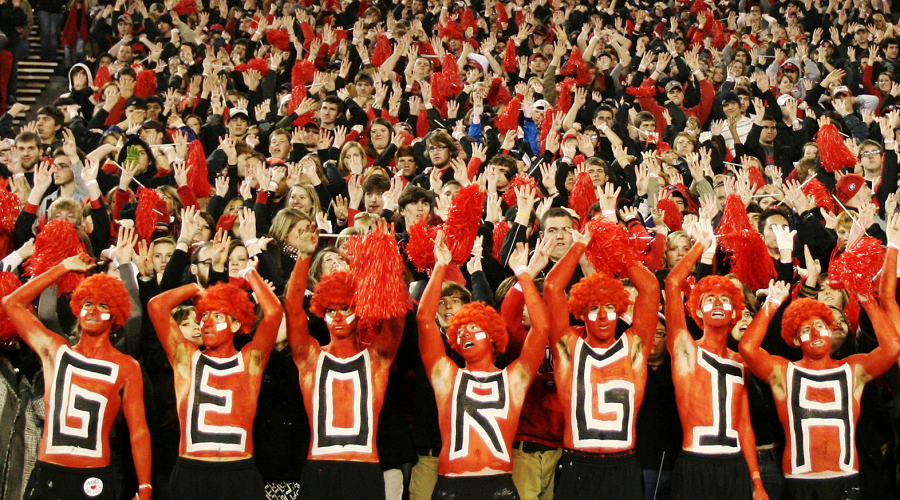 The Bulldogs have a relatively friendly schedule in 2015. They start with a cake walk non-conference game against UL-Monroe. The toughest foes in the SEC this year (Alabama and Missouri) are home games for the Bulldogs. Road games against Tennessee and Auburn could be road bumps in the Bulldogs’ title hunt, but in a conference like the SEC, there is no easy road to the top.
If you look at the talent the Bulldogs have lined up and their slate of opponents, this is one of the more promising years in recent history for Georgia to take away an SEC title. The SEC West generally has produced the conference champion, but Georgia has a salty team. If they can find a quarterback to manage the whole affair, this could be a season in which the East finally overshadows the West – and returns Georgia to the sort of prominence it has not had since the days of Herschel Walker.
Older post
Newer post