NCAA Football Betting News
Anxiety is on the rise as NCAAF betting fans await for the return of one of the America’s favorite sport. The few weeks remaining to the start of the 2015 college football season seems to be taking longer for some Mountain West Conference programs, especially for the schools that think they are well prepared to succeed in the new season. Of course, a lot of focus will be on the Boise State Broncos, as they will be looking to defend the title, but there are a couple of other teams to watch out for in the new season.

Remember to Put This Teams in Your Betting List

Check out our photo gallery of tonight’s scrimmage! What was your favorite part, Bronco fans? http://t.co/2omkMG3xnm pic.twitter.com/j7FX8yEUmb

The Broncos had an impressive season last year winning an incredible 12 games, easing to an MWC title. They will return nearly every player on offensive line and defensive line with exceptions of QB Grant Hedrick and RB Jay Ajayi. The pair accounted for 89.1 percent of the Broncos’ yards and 92.4 percent of the team’s offensive TDs, which will be hard to deal with. Nonetheless, Boise State has depth to help replace the missing pieces. Ryan Finley, who is awaiting trial for underage drinking and running away from police, is likely to be the starter, while Mark Rypien and Brett Rypien will also be available for the QB job of the Broncos. Meanwhile, Boise State defense should be able to help the offense while the two most vital positions on offense get settled in. The available defensive unit should once again be the best in the Mountain West with eight returning starters. And as an icing on the cake, the Broncos schedule plays out nicely for them to repeat success in 2015. 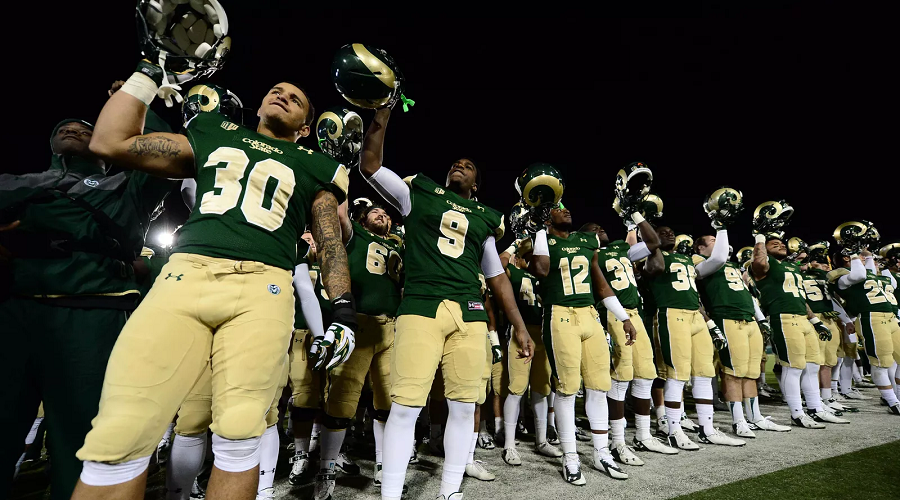 The Rams had one of their best seasons in 2014, as they went 10-4 overall, but there is plenty of uncertainty concerning Colorado football program heading into 2015/16 season. QB Garrett Grayson, who had an amazing season with the Rams (as he broke the school’s passing record), is no longer available, along with Dee Hart, who was the team’s leading rusher last season. Nevertheless, Colorado has a new head coach in Mike Bobo who replaced Florida-bound Jim McElwain. Bobo will equally want to prove that he can win titles with the Rams, starting this year. With a squad that has tons of talent, including Rashard Higgins who led the nation in receiving yards (1,750) and collected 17 TD catches, things shouldn’t be that difficult for Bobo in his first season.

The injury-laden Utah State struggled through the season to hit 10 wins last season. Kudos goes to head coach Matt Wells, who did a marvelous job in succeeding Gary Andersen at the program. Under Wells, Utah State has won a total of 19 games, as the Aggies grabbed their third straight bowl win last December against UTEP. With the return of Chuckie Keeton, a former Heisman dark horse QB who recorded 3,373 passing yards with 619 rushing yards in 2012, there’s certainly a lot to like in this team.

After going 7-6 in 2014, the Aztecs’ chances of succeeding this year will be dependent on the performances of Maxwell Smith. The former Kentucky signal-caller brings in experience as a leader to help San Diego improve on last season’s record. The Aztecs failed to record at least eight wins in 2014 for the first time in five years. For them to improve this year, they will need Smith and RB Donnel Pumphrey to step up and lead the program formidably. Pumphrey had a superb season in 2014, rushing for a San Diego record of 1,867 yards with 20 TDs last season, which positively contributed to their seven wins. In the D-line, the Aztecs allowed just 18.8 points per game last year, which also influenced their success last year. Calvin Munson (who recorded 4 sacks, 4 interceptions and 10.5 tackles during the 2014 season) and his team will thus need to maintain their meanness in the D-line.

The Falcons surprised many last season, when they won ten games, including a bowl victory, beating Western Michigan in the Idaho Potato Bowl. The program enjoyed the leadership of head coach Troy Calhoun, as they unleashed one of the top rushing attacks, averaging 273.1 YPG last season. Once again, the Falcons are expected to dominate with their ground game this season, as they enjoy the return of Jacobi Owens. The RB, Owens, broke the 1,000 –yard mark last season before succumbing to a right foot injury. Additionally, the Falcons D-line was also decently impressive, slicing off the average 40 PPG they had in 2013 to 24.2 PPG allowed last season. With most defensive players returning in 2015, there’s little doubt that the Falcons are capable of flying high once again in 2015. 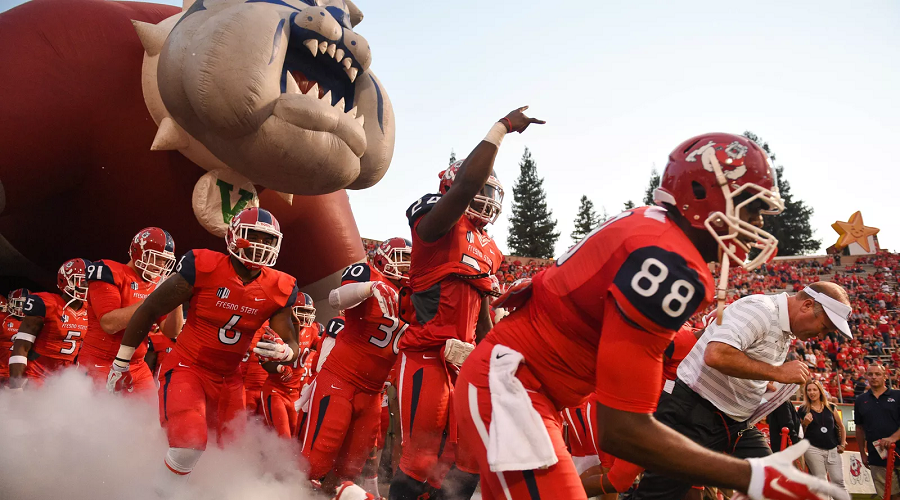 The main reason behind the Bulldogs misfortunes last season was their shaky QB play after they lost Derek Carr in 2013. Fresno State became the only bowl eligible team in 2014 to finish the FBS with a losing slate, at 6-8. To make the matter worse, Fresno has not been performing well in the Bowls, losing its last six Bowl games. To take a step forward this year, the Bulldogs need to improve on their offensive play again. Senior tailback Marteze Waller must step up again as he did last season, rushing for 1,368 yards with 11 TDs. The biggest work will of course be on the other side of the ball, as the Bulldogs got burned for an average of 32.4 points per game with 456 yards per game last year. Fortunately, though, there is talent all over the team and all the team needs is to put in more work than they did in 2014 if they are to do better this year.