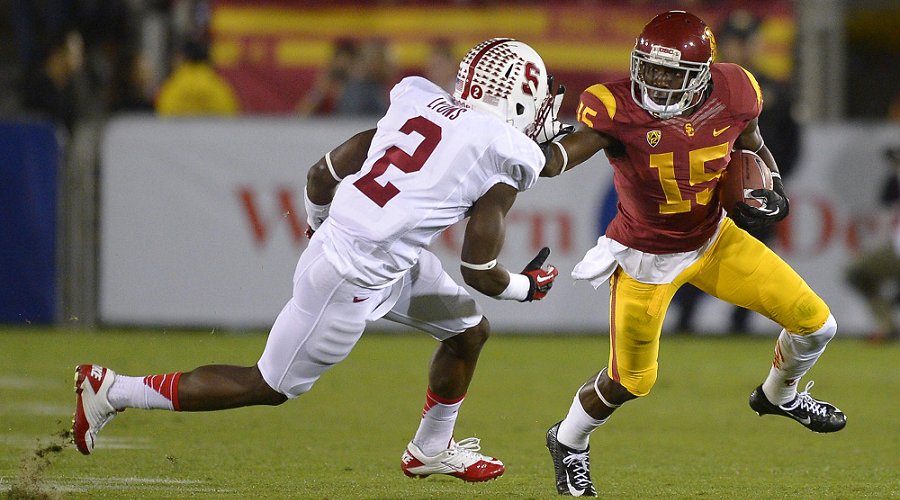 NCAA Football Betting News
If you’re ready to bet on Week 3 college football action, then you’re in luck mybookie.ag gridiron gamblers! Thanks to this expert betting breakdown, you’re going to find out whether or not the eighth-ranked USC Trojans will be able to cover the spread at home in their Week 3 Pac-12 pairing against their longtime rivals, the Stanford Cardinal. With that said, let’s get started.

Date/Time: 8:00 PM ET, Saturday, September 19, 2015Location: Los Angeles Memorial Coliseum, Los Angeles, CaliforniaNCAAF Betting Odds: USC -10Over/Under: 51.5In spite of some early struggles, Stanford (1-1 SU, 1-1 ATS) picked up a convincing 31-7 win over Central Florida to cash in as a 20.5-point home favorite. Quarterback Kevin Hogan completed 17 of 29 passes for 341 yards with three touchdowns to lead the Cardinal to victory. Hogan hooked up with wide receiver Michael Rector on a 53-yard flea flicker on the highlight pay of the game.

“You never want to allow it to creep in that, `Oh no, we can’t reach the end zone,” Hogan said. “It was almost like breaking the ice. I think everybody kind of settled in after that and felt comfortable.”Hogan completed three passes of at least 40 yards and Stanford’s defense pitched a shutout until Central Florida scored with 1:22 to play.“Once we got into a rhythm offensively it was fun to watch,” Stanford head coach David Shaw said. “We did try to do some different things game-plan wise to get some guys in space. We have some speed on this team.”USC (2-0 SU, 2-0 ATS) laid an emphatic 59-9 smackdown on Idaho in Week 2 win and somehow managed to cover the college football betting line as a whopping 44.5-point home favorite. Quarterback Cody Kessler completed 26 of 31 passes for a career-high 410 yards and three touchdown passes while gifted wide receiver JuJu Smith-Schuster set career highs with 10 catches for 192 yards. The Trojans (2-0) racked up an insane 738 total yards in the rout.“These first two games were very important for us because now we’re going into Pac-12 play,” Kessler said. “Last week, we improved a ton. … Our biggest thing in practice all week was knowing that we’ve hit those plays a million times. Practice makes perfect.”USC head coach Steve Sarkisian was impressed with his team’s performance which included scoring touchdowns on five of its first six drives with each drive going at least 50 yards.“We jumped out on (Idaho), which is probably what we should have done,” he said. “It was a great win, but we understand what lies ahead.” 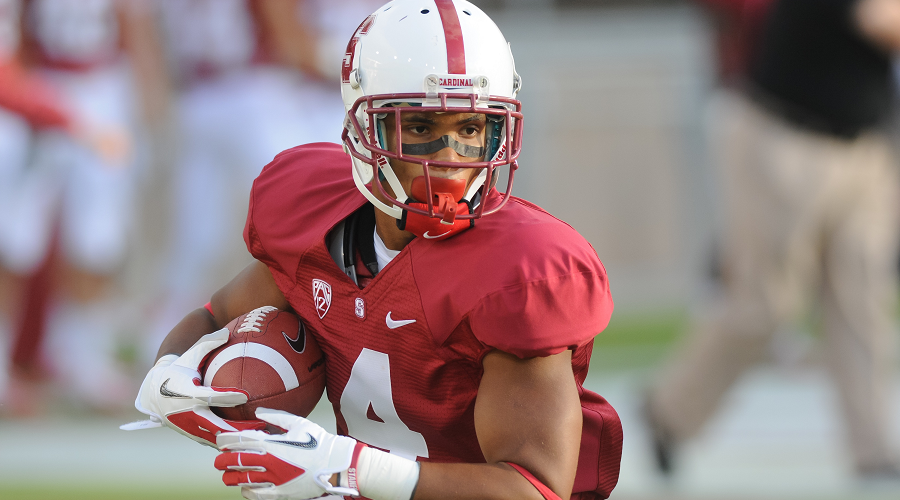 Game Analysis: 58 percent of the betting public likes USC to cover the spread as home favorites, but I’m going the other way with my pick for this Week 3 Pac-12 pairing. Each of the last five meetings between these longtime rivals has been decided by eight points or less with the past two meetings being decided by an identical three points.I like Stanford’s defense and I believe the Cardinal are going to find a way to keep it close, if not necessarily get the outright win.While USC has gone 10-4 ATS in their last 14 home games, the Trojans are also just 2-5 ATS in their last seven games following an ATS win and 1-4 ATS in their last five games following an SU win.62 percent of the betting public likes the Over in this matchup, but I don’t think it’s happening, seeing as how each of the last three meetings between these two have come nowhere close to going over this game’s 51.5-point O/U Total.My Picks: Stanford +10 Points/Under 51.5 Total Points
Older post
Newer post