NCAA Football Betting News
College football fanatics can now relax and wait, or better yet be hyped up and anticipatory of the start of 2015 NCAAF season that will be kicking off real soon. The defending champions, Ohio State, will be looking to defend their title against the solid aspiring trio of TCU, Alabama and Oregon, among other programs, but to do so, it will all have to start with the games in Week 1. Here is an early outlook of the Week 1 games, complete with NCAAF betting lines and picks:Ohio State at Virginia Tech, Win Pick: Ohio StateThe defending champions will start their first campaign on the road against Virginia Tech on Monday 7/9. The early college football lines place Ohio State is 14.5-point favorite to win the contest. In 2014, Ohio State went 14-1 on their way to clinch the National Championship Crown. Interestingly, their lone defeat came against Virginia Tech in the second game of the season in Columbus, a game that ended in a 35-21 upset win by the Hokies. Even so, since 2012 when Urban Meyer took over the coaching job at Ohio State, the program has achieved an outstanding 38-3 record, including a perfect 13-0 mark in true road games, so handling the Hokies should be possible, especially with the lesson from last season. Virginia Tech’s new-look defense, under veteran coordinator Bud Foster, won’t be pushovers, but containing the hard-hitting offensive nature doesn’t look likely. A home loss is thus very likely for the hosts. 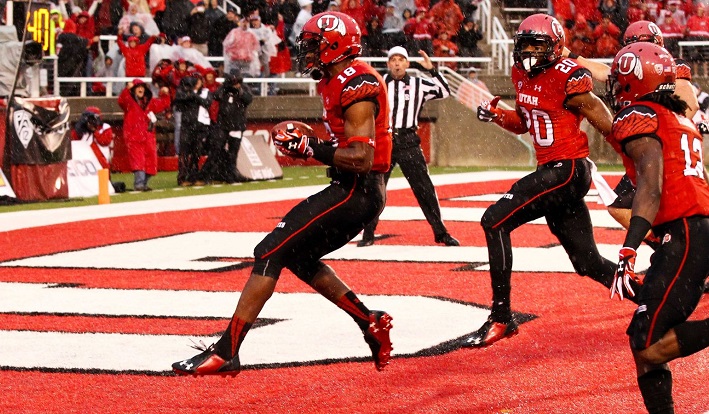 Michigan at Utah, Pick: UtahThe time and network for Jim Harbaugh’s debut as Michigan’s head football coach have both been set on September 3rd, as he takes on the Utah Utes. The contest counts as a return matchup for Utah, who knocked off Michigan in Ann Arbor last season, hence Harbaugh is expected to have a hard time winning at Utah. As well known, Utah’s defensive coordinator Kyle Whitingham does not just know how to win, he knows how to beat the hell out of the big programs on a regular basis. So even with Harbaugh’s reputation and all, a win looks more likely for the Utes.TCU at Minnesota, Pick: TCUA layer of intrigue comes with this match, as the head coaches, Gary Paterson and Jerry Kill, have been friends for decades. Even though Minnesota lost David Cobb last year, QB Mitch Leidner successfully picked up the offensive responsibility and improved greatly towards the end of last season. Moreover, TCU will face what may be the meanest cornerbacks in the Big Ten in Eric Murray and Briean Boddy-Calhoun in the Gophers lineup. On the flipside, the Gophers defense will have a tall task against TCU’s Trevone Boykin, a hot favorite to win the Heisman award this season. Furthermore, the return of 10 starters on offense and six on defense for TCU, together with the explosive WR trio of Deante’ Gray, Josh Doctson and Kolby Listenbee, will give Boykin great targets, offering him stellar advantage over the shorthanded Gophers D-line.BYU at Nebraska, Pick: NebraskaEven though the Cougars (8-5 SU, 5-8 ATS in 2014) schedule is much tougher than is was last year, the return of Heisman Trophy candidate QB Taysom Hill from injury will boost the program’s offense. The school ranked 18th in the league last season before Hill suffered a leg injury against Utah State in the second quarter. Before going down to the injury, Hill completed 66.7 percent of his passes while rushing for 460 yards plus eight TDs in five games. If he plays anywhere near that level this year, Hill could explode on his opponents even more, something the Cornhuskers must watch out for. For the Cornhuskers, this will be their first game under new coach Mike Riley, who was brought into the team to help them gain relevancy in national title contention. Anything less than a convincing win here would thus be a disappointment on his part. Notably, the Huskers will need to play without the RB Ameer Abdullah, who left the program for the NFL. Nonetheless, QB Tommy Armstrong (53.3 percent pass completion in 2014) is a serviceable player, which should give the offense something to work with. This is a tough game that could go either way, as both teams have something to prove, but being that Nebraska will be playing at home with more on the line for them, I’ll go with them to eke out a close victory.

UTEP at Arkansas, Pick: ArkansasUnder the leadership of second-year head coach Sean Kugler, the Miners won seven games to earn a Bowl berth and are looking even better coming into the 2015 NCCAF season. In the previous season, UTEP’s rushing attack was ranked at No. 34 in the nation, averaging at 209.8 yards per game, and with most of the core of that running system back this year, another solid showing looks to be in the offing. Even so, most fresh QB Mack Leftwich will still need to do a lot of work in spearheading the offensive. Conversely, the Razorbacks finished their last season on an emphatic run, winning four of their final six games, including major upsets over highly-ranked teams. With the motivation of that run, Arkansas is likely to line up better this season, gearing for a speedy start led by QB Brandon Allen, who threw for 3,408 yards and 38 touchdowns last season. The ‘Backs will also enjoy the services of their great rushing attack that was ranked 26th-best in the nation, averaging 218.0YPG rushing in 2014, led by RB Jonathan Williams (1,190 yards, 11 TDs in 2014). UTEP is a good team, but there’s just no way they’ll be beating the ‘Backs in their backyard. Expect a comfortable win by Arkansas, possibly a blowout by not less than 15 points.Sources:Wikipedia.org (https://en.wikipedia.org/wiki/Kyle_Whittingham)ESPN.go.com (http://espn.go.com/college-football/player/_/id/535893/jonathan-williams)
Older post
Newer post