NCAA Football Betting News
Saturday’s matchup between the Air Force Falcons (2-1) and the Navy Midshipmen (3-0) rekindles a long-standing rivalry between the two service programs. This game will be full of action, as both schools will be looking for a win that will boost their win totals and keep them in strong contention for good bowl games at the end of the season. Added to the patriotic theme that comes with the game, standing tall at the end of the game would mean huge bragging rights for the players and fans. With that in mind, here is a succinct NCAA football lines preview of this highly-anticipated game.

The Navy vs. Air Force football game will be televised on @CBSSportsNet tomorrow at 3:30 PM (ET). #NavyFootball pic.twitter.com/f0QoFHsxgj

Betting on the Navy Midshipmen

The Midshipmen are coming off a 28-18 win over Connecticut and another victory against the Falcons on Saturday will mean a lot for the program going forward, as they seek to maintain their flawless record. 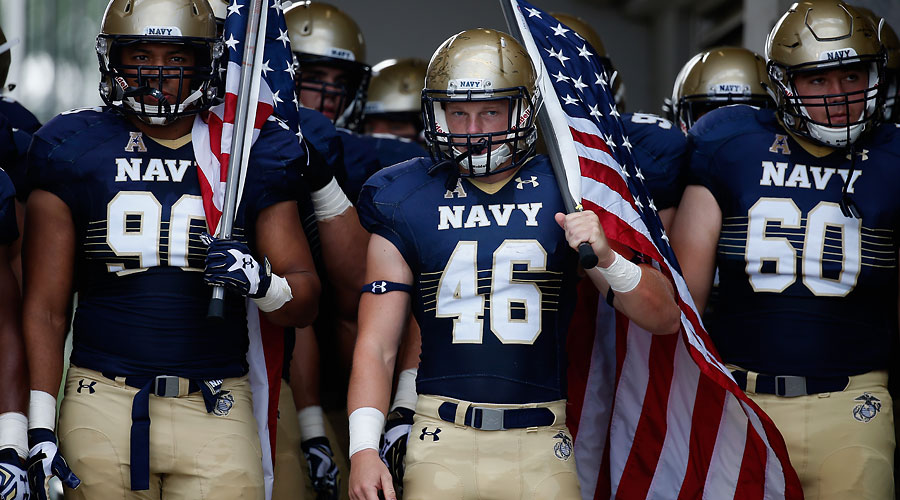 Dating back to last season, Navy has won seven straight games and this may be one of the program’s best run in recent memory. For the season, the Midshipmen ground game is averaging 363 YPG. QB Keenan Reynolds has completed 58.8 percent of his passes for 148 yards with one TD and zero INTs so far this season, though most of his production has been coming through his legs. For example, he completed only 3 of his 4 passes with 40 yards for a TD last Saturday, but carried the ball 28 times for 142 yards and three touchdowns to lead his team’s solid ground attack. Senior fullback Chris Swain rushed for 58 yards in the same game, while WR Jamir Tillman rounded up the attack with 19-pass receptions. Going against the Falcons defense that is allowing just 19.3 PPG and 269.7 YPG, the Midshipmen offense will have their work cut out for them, so Reynolds, last week’s NCAA Rolls-Royce Athlete Of The Week, will need to lead another good showing.On the other side of the ball, the Midshipmen rank 22nd in scoring defense (16.3 points) and 15th in turnover margin (1.33). Linebacker Micah Thomas leads the program with 25 total tackles this season. Will Anthony also has 1.5 sacks, while Tyler Goble has an interception through their four games this season. Myer Krah and E.K. Binns could perhaps be sidelined on Saturday due to injuries, but that shouldn’t stop the talented Navy team from playing well at home in this afternoon clash.

Betting on the Air Force Falcons

The Falcons will be looking to bounce back on Saturday after suffering a 35-21 loss in the hands of Michigan State Spartans in their previous game. The Falcons, however, lost their starting QB Nate Romine to a knee injury in that same game; something greatly disadvantaged them against the Spartans. Backup Karson Roberts, who replaced him, ran for 44 yards and completed 6 of his 9 passes with 149 yards for a TD in the loss. 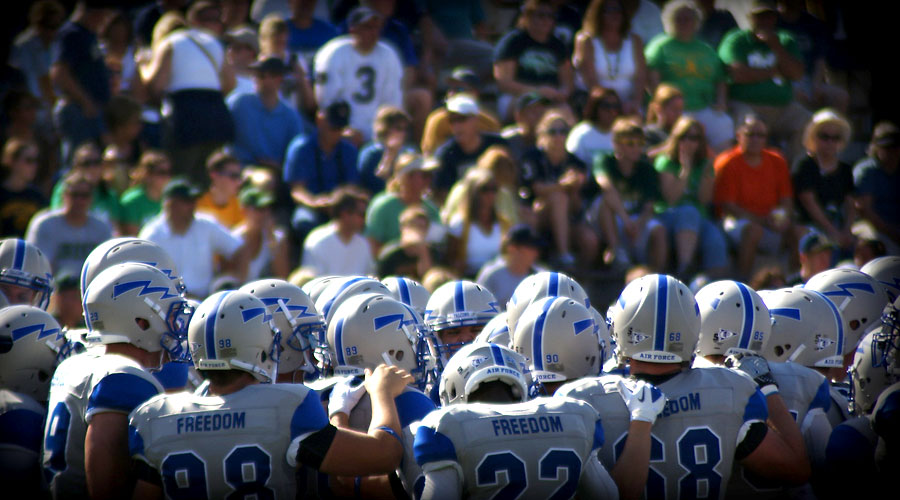 More notably, Air Force currently ranks second in FBS rushing offense, averaging 367 yards on the ground over their past three games. Interestingly, the Midshipmen are sitting immediately behind them, but with four yards less, meaning Saturday will probably be dominated by robust rushing plays.In the defense, safety Weston Steelhammer (team-leading 4.5 tackles for loss) and DE Alex Hansen (Mountain West-best three sacks) are the two best weapons. This defense is averaging 93.3 yards against on the ground and is admirably one of four FBS schools to rank in the top 20 in rushing offense and defense. Matt Galland and Garrett Griffin are questionable with injuries.

Though Air Force won the 2014 meeting between the two teams and boasts of a 28-19 All-time edge in the series, the Midshipmen have beaten the Falcons in 7 of their last 10 meetings. More importantly, the Falcons are likely to find it hard to contain Reynolds, who is arguably the most prolific QB in the Navy’s History. Added to the need to avenge last year’s loss, the Midshipmen look like the smart pick for both the SU and ATS, Air Force’s running game also plays well to help take the total scores go OVER 52 points.
Older post
Newer post