Written by Jordan Walters on September 28, 2015

NCAA Football Betting News
Dear Urban Meyer, this quarterback game was fun for you and some NCAAF betting fans in the offseason, and maybe even excusable after the first two games, but we are getting tired of churning out countless articles in the name of trying to figure out who will be Ohio State’s No. 1 starting QB. So FOR BUCKS SAKE, please make up your damn mind! And don’t tell us that you still have to watch tapes of Cardale Jones and J.T. Barrett this season because the truth is that both QBs have been all but a no-show.

Urban Meyer: It could be time for Ohio State to pick a QB http://t.co/bIupupQzEK pic.twitter.com/em14qWRXyq

If you are really serious about watching tapes, ask around even for a bootlegged copy of performances from Trevone Boykin, Cody Kessler, Chad Kelly or Brandon Harris in their respective teams this season. Heck, pick up the phone and call Mark Dantonio for Connor Cook’s performance… at least so that you can have a glimpse of what it means to trust someone with the ball under the center. I mean, I hate to state the obvious to you because you are a Pro Coach and all, but you are doing more harm than good in the NCAAF odds by your indecisiveness, particularly after former quarterback Braxton Miller sacrificed himself to be a wide receiver just to make your work easier. 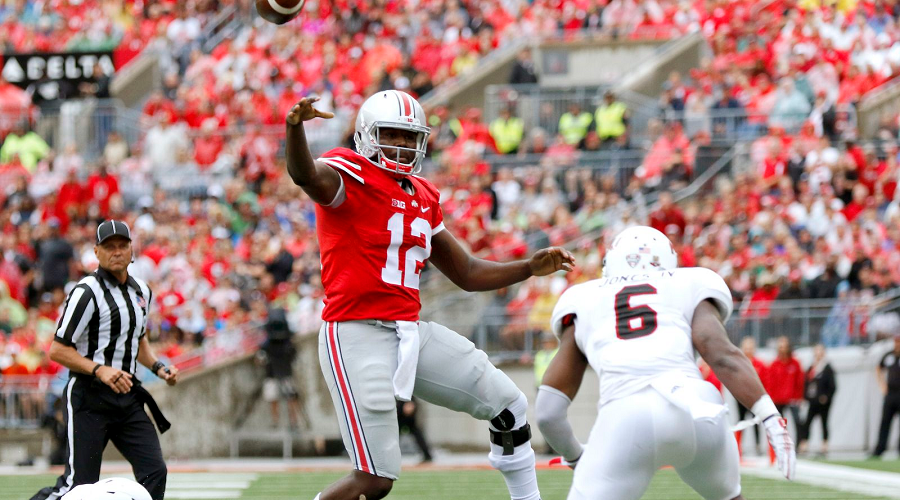 I stand to be corrected, but last time I checked, beating Northern Illinois 20-13 in your own backyard doesn’t rank anywhere close to a quality win, leave alone being deserving of a No. 1 team in the nation. This is a Huskies team that gave up 30 points in their season-opening 38-30 home win over UNLV, followed by a 57-26 home win over Murray in Week 2. Playing your Buckeyes team in Columbus, Ohio should have therefore meant a blowout win, and not a 7-point victory that was largely because of a strong performance from your defense. 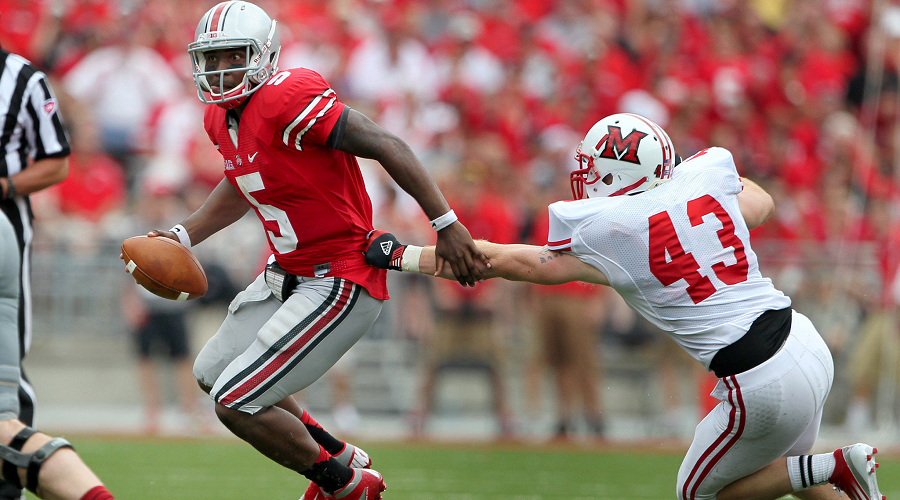 Seeing the Ohio State offense struggling in the way it does is particularly sickening, considering Jones, Barrett and even Miller are all stellar and proven talents. Most teams would be performing so highly if they had half the talent of someone like Jones, yet you have all three and are playing like the 2014 version of the Stanford Cardinal, who constantly relied on defense to scrape out lucky wins due to an anemic talent in the offense. The fact that Jones and Miller are struggling now is arguably based on the fact that none of them usually knows whether or not they’ll start or even feature in games, hence often come to the contests less prepared psychologically. 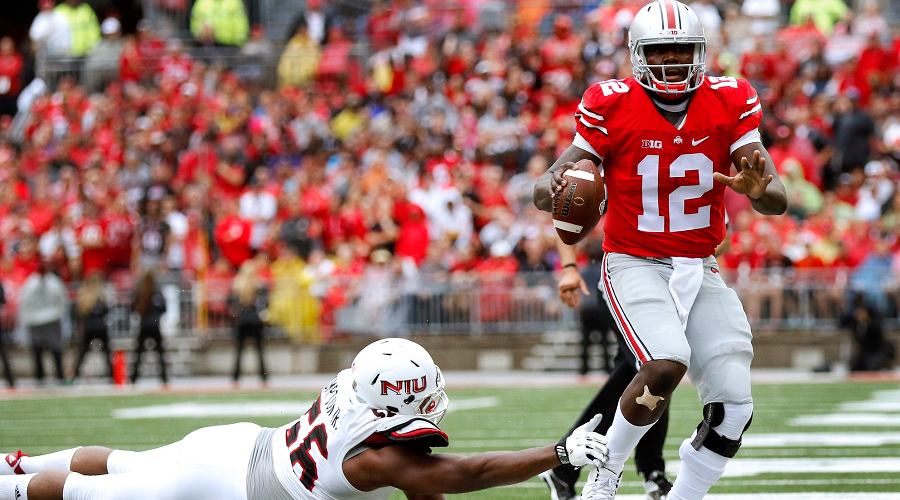 Jones, for instance, completed 56 of his 92 passes (60.9 percent) for 860 yards, 7 TDs and just two picks in a little over three games last season (including three full starts), and doing so against top-tier opponents like Wisconsin, Alabama and Oregon. Now in his three games in 2015, none of which he has played fully, Jones already has three picks to his name, along with just 2 TDs and a measly 334 yards together with a 56.5 percent in pass completion. This is a noticeable drop from his efficiency in 2014, which is a big worry, considering Jones should be more experienced and efficient than he was in last season’s campaign. 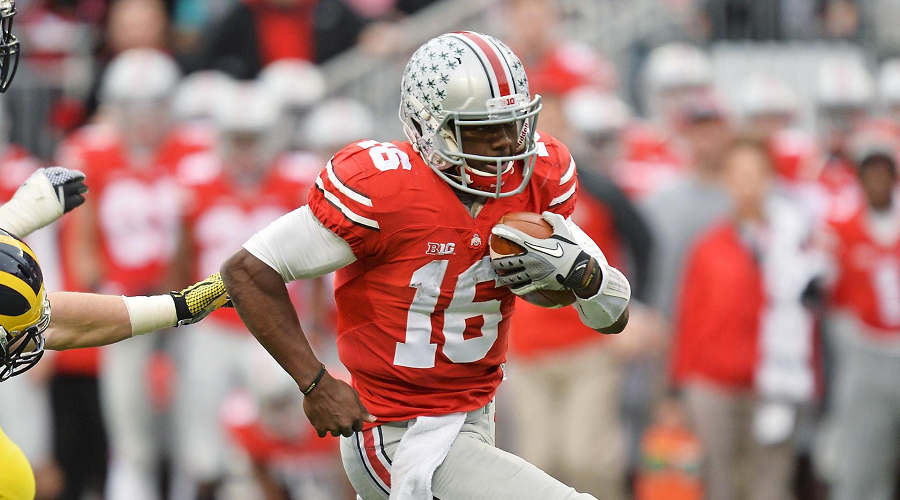 Barrett is equally not doing any better. After completing 64.7 percent of his passes for 34 TDs, 2834 yards (at an average of 9.03 yards per attempt), along with 10 picks and a 169.8 passer rating in 2014, Barrett is now averaging only 5.51 yards per attempt and is passing just 57.1 percent of his passes for 2 TDs against one interception. Resultantly, his passer rating is currently at 57.1 after three appearances in the three games this season on a backup capacity. 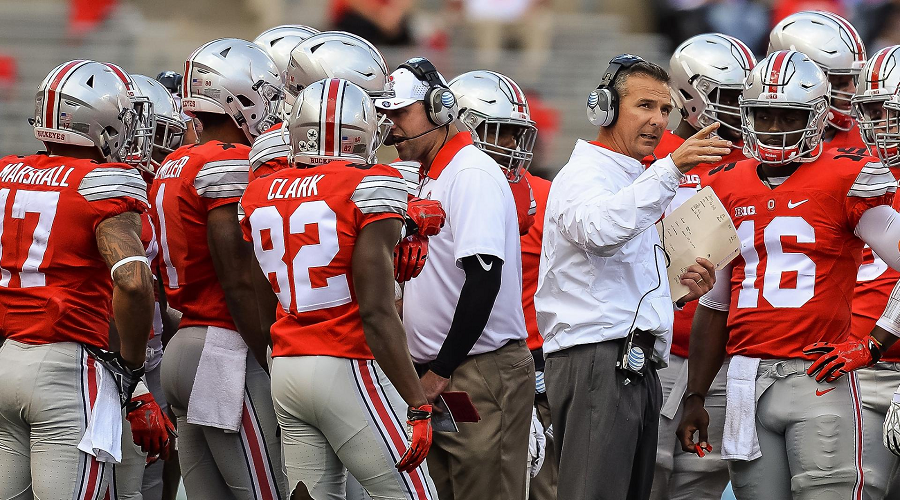 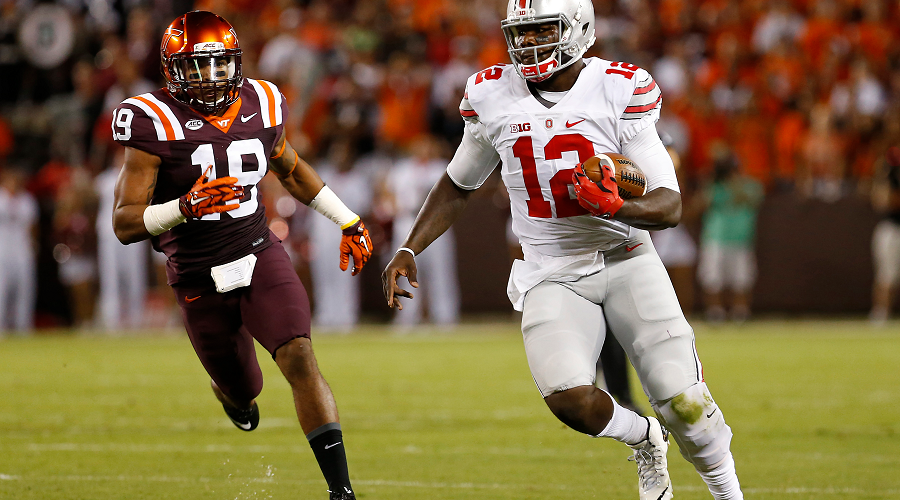 However, thanks to his solid outing over Virginia Tech’ vaunted defense, Jones currently leads Barrett by a full 40 points on the 1-to-100 QBR scale. Added to that Jones has started all the three games this season, it looks like the job is his to lose. 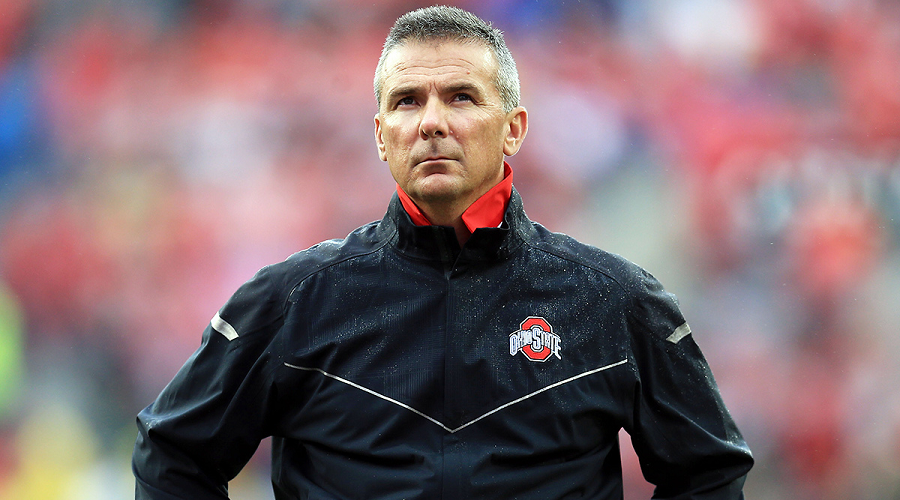 When asked if there was a need for you to pick a lone starter after the disappointing show against the Huskies, you said, “There might be some truth to that.” You went on to say after Saturday’s game that, “Not that I’m going to call some armchair [pundits] and ask them what they think, but I do believe in game reps. That’s how players get better, and that’s something that I’m going to spend a lot of time thinking about.” Having had time to think over your options over the weekend, you spoke to the media on Monday and told us that, “I haven’t decided yet [about the starting QB].” But “We’re going to have conversations, and [as of] today, not one has beaten out the other and they’re not playing great,” you added. 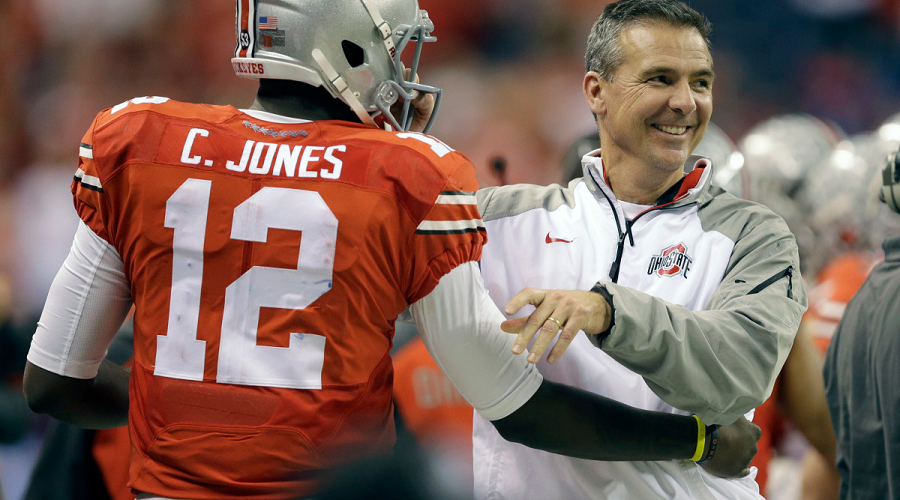 At the moment, it is therefore safe to say that we are at the same place we were at the start of the season, when we had several back-and-forth conversations about the head-scratching differences and advantages between the QBs. All factors considered, we believe Jones and his cannon arms will be a good fit for Ohio State’s pass-oriented offense, and the fact that you already prefer him as a starter gives him the edge. 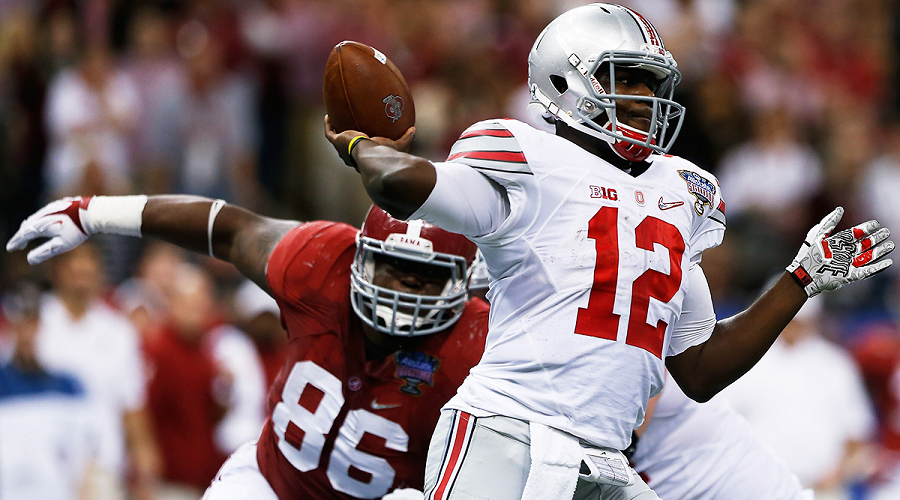 However, after Barrett’s versatility as a dual-threat QB proved important for Ohio State in the course of last season’s campaign, we wouldn’t if he won the starting job once again, like he did when Miller (the starter at the time) suffered a season-ending injury. Whatever the case, please, please, PLEASE just make your damn mind!
Older post
Newer post