NCAA Football Betting News
Unlike most major sporting leagues that get to deal with around 30 teams, the world of NCAAF betting is extensively diverse with 120-plus programs, making it vastly complicated to analyze and often coming with tons of surprises every year.In most cases, the assessment of success for NCAA Football teams is done by assessing the divisional, conference or national championships they’ve won, which totally makes betting sense as success without trophies is pretty much meaningless.That notwithstanding, there is more to being a great and consistent college football program than just winning Championships, with other aspects such as national rankings, successful transition from the NCAA to the NFL, quality of competition on a yearly basis and ability to nurture talent, among other reasons. In essence, that’s the reason our analysis of the best CFB teams over the last decade, done below, will be based on a myriad of factors, other than just championships. 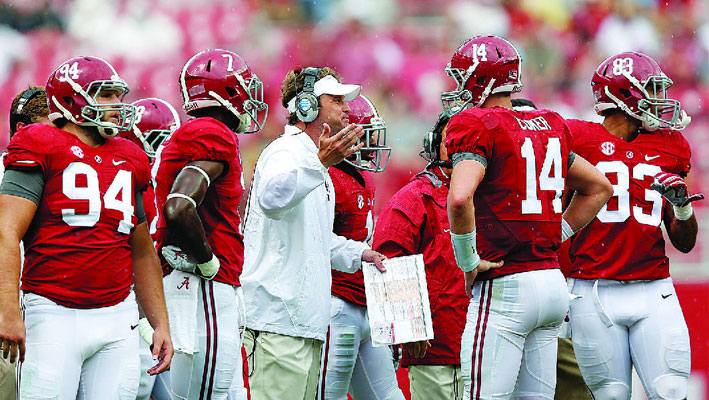 Alabama holds a winning record against every current and former SEC football program and enjoys a consistent success over the past three decades. In addition, the Crimson Tide are ranked 25th in the Learfield Director’s Cup for the 2014-15 academic year, marking the seventh time in the past decade that Alabama has earned a place among the top 25. The club also boasts of winning three national championships in 2009, 2011 and 2012, plus Major Bowl wins, among other achievements over the previous decade. 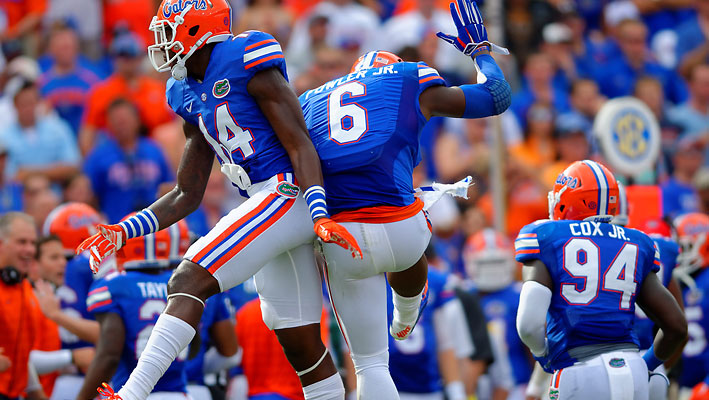 Though the last two or so years haven’t been that good for them, the Gators have previously amazed as a college football team divisionally and on the national platform. Notably, they won the 2006 and 2008 National titles and fielded some superb athletes that went on to impress in the NFL. If new head Coach Jim McElwain can help the Gators turnaround from their current funk, bigger things could be in store for the young but promising Florida team in 2015. 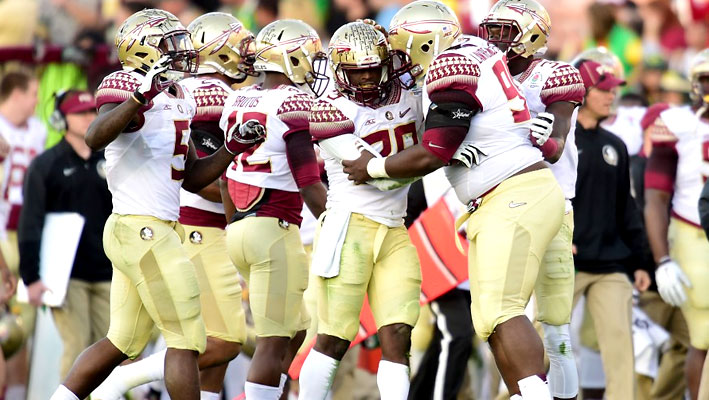 Led by QB Jameis Winston, a QB who is now with the Tampa Bay Buccaneers in the NFL, the Seminoles have become the model of success in the ACC in the recent past, winning a number of titles such as the 2013 National Championship and consecutive ACC divisional titles in 2013 and 2014. Under their current head coach Jimbo Fisher, who is in his fifth year with the club, Florida State is and will remain a formidable NCAA force in 2015, and the years to come. 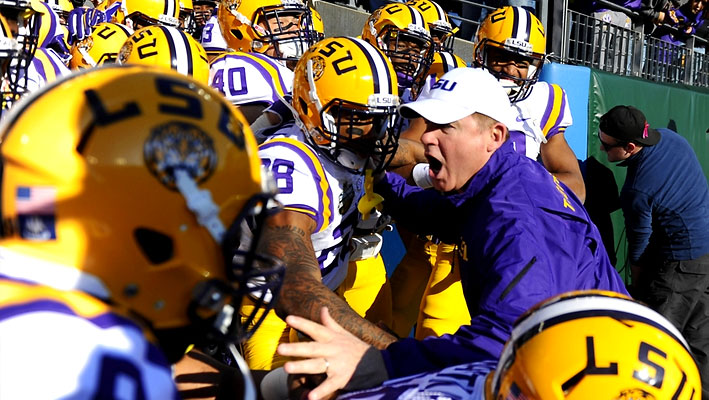 The Tigers made history by becoming the first College Football team to win two BCS Championships in 2007, with the first one coming in 2003. In 2011, LSU reached the national championship, but lost it to Auburn. Outside the national arena, the Tigers have had the reputation of producing some of the best defensive players in the nation, with the program often ranking highly in defensive metrics since coach Les Miles took over the team. Not to mention, the Tigers have the most feared stadium in the league known as the Death Valley, a place where they’ve often dominated by killing big and small opponents. Added to their regular strong showing in the SEC, it comes as no surprise that the Tigers are respected in college football. 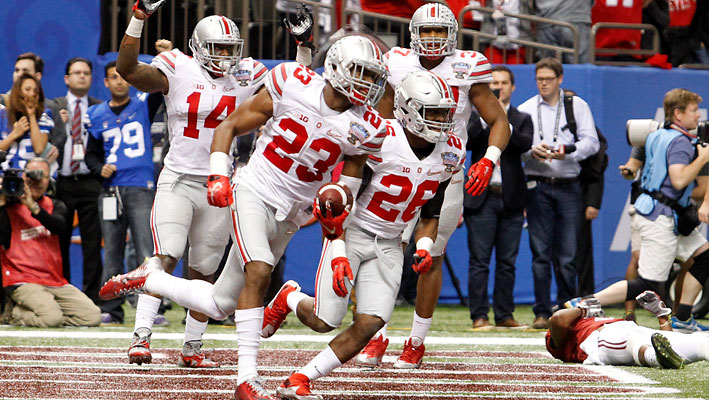 Besides winning the National Championship in 2014, the Buckeyes have always been a hard nut to crack in the national arena, while their recent dominance in the Big Ten has been unquestionable. This is exemplified by the fact that the Buckeyes have won 6 Big 10 titles since 2005. Meanwhile, fourth year head coach Urban Meyer has been the winningest coach since joining the Big 10, boasting of a stellar 38–3 record in Ohio State, including three back-to-back division championships in his first three seasons, a school record 24 consecutive victories and a perfect 12–0 run in 2012. With such records, it will take something really special to stop the Buckeyes, who are the odds-on favorite to win the 2015-16 National Championship. 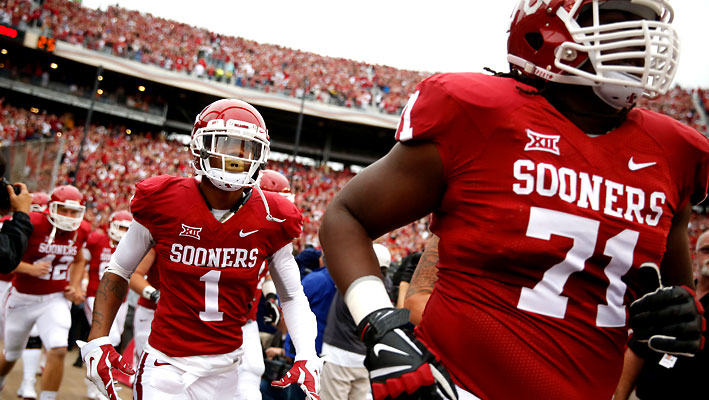 Oklahoma has been a well-balanced team over the past decade under the great leadership of legendary coach Bob Stoops, who is entering his 18th term with the team. Year in, year out, the Sooners have posed a strong opposition for most teams in the Big 12, making them a feared team in the conference. In 2004, RB Adrian Peterson won the Heisman Trophy Award while playing for the Sooners, something that replicated by QB Sam Bradford who won the same award in 2008. Both players, like many Oklahoma graduates, have become mega hits in the NFL, with Peterson arguably being the best running back in the Pros currently. 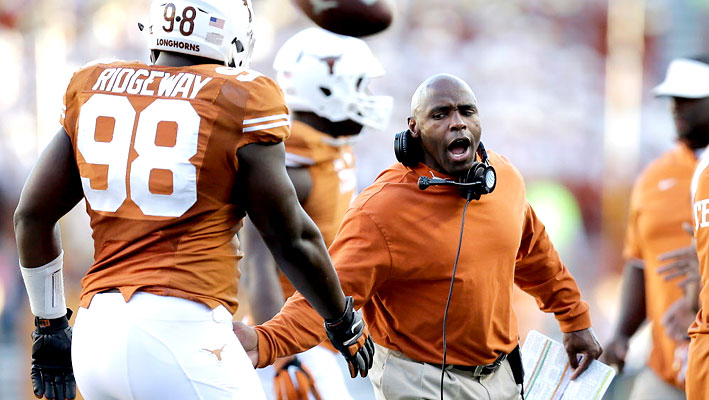 Following their 2005 National Championship triumph, the Texas Longhorns have been a consistent Big 12 powerhouse, showing strength even in times when they’ve not gone ahead to win the conference title. The 2008 season saw them come close to competing in the Championship game, but just fell short. The recent years have also seen some regression from them, but given a chance and a couple of talented recruits in the coming years, they should be able to It is clear they will continue with the chase for the Championship in the coming campaign. 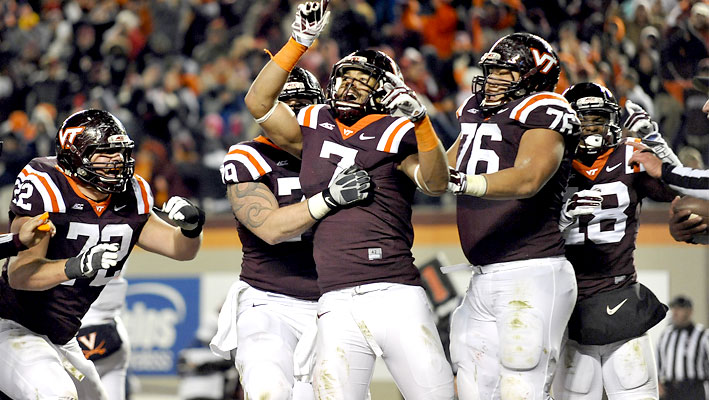 Virginia Tech is a perennially strong team that is best known for is solid defense. Nearly in every pre-seasons analysis, Virginia Tech is always viewed as a possible Championship contender, but its performance in the national arena hasn’t been that fruitful. Nonetheless, over the past decade, Virginia Tech has won the 2004, 2007, 2008 and the 2010 ACC Conference titles. With head coach Frank Beamer still at the helm of the team, it is impossible to dismiss the Hokies’ potential of winning the Championship in the near future. 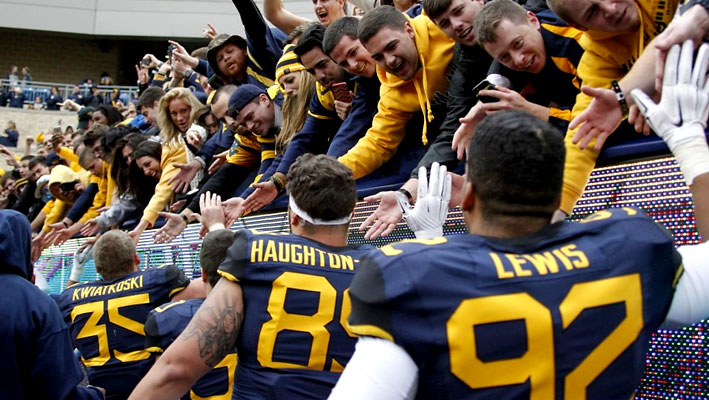 Over the past decade, the Mountaineers have threatened for a spot in the national game in a number of occasions, showing talent and will on a regular basis. Furthermore, West Virginia has consistently stayed among the top competitors in the Big 10 conference, more so under Coach Dana Holgorsen. Explicably, the Mountaineers have won the 2005, 2007, 2010 and 2011 Conference titles. With such a splendid history of conference excellence, there is no doubt that West Virginia is among the best teams in the league over the last 10 years.SourcesSI.com (http://www.si.com/college-football/2015/07/13/florida-gators-sec-media-days-jim-mcelwain-jonathan-bullard)NFL.com (http://www.nfl.com/player/sambradford/497095/profile)
Older post
Newer post