NCAA Football Betting News
With the start of spring games, online betting fans around the country are eagerly anticipating the upcoming season, mostly believing their favorite college football team has a great chance of making the playoffs and winning the championship.Unfortunately for those fans, only four teams will make the playoffs, most of which are likely going to come from the power conferences. Here is a look at some of the top sleeper teams capable of sneaking into the playoffs and winning it all.

The Aggies started last season with an impressive win on the road against South Carolina. They even managed to remain in the top 10 for a while before a brutal stretch where they played Mississippi State, Ole Miss and Alabama –three teams that were in the playoff conversation for most of the year. 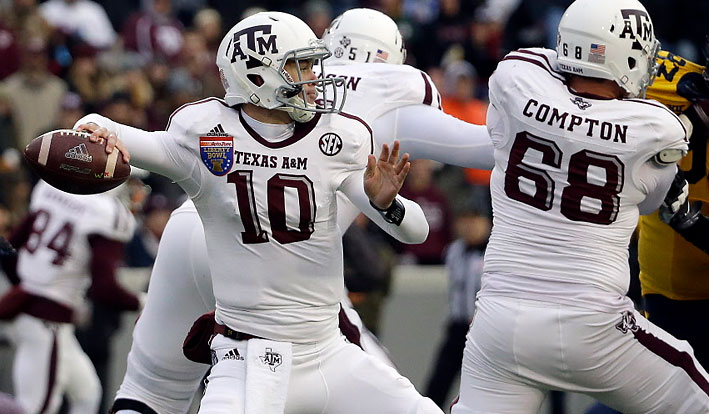 Since Kevin Sumlin became the coach at A&M they have had great offenses, but their biggest weakness has been on defense. They addressed the issue after the season by hiring John Chavis as their defensive coordinator. Chavis has won national championships at Tennessee and LSU, with the Tigers rankinging as the 2nd best defensive team in the country last season.With an improved defense and the best quarterback prospect in 2014, Kyle Allen, the Aggies are primed to be a very good team this season.

The Spartans lost defensive coordinator Pat Narduzzi to the Pittsburgh Panthers, but at least they have a lot of players from their defensive unit –which was ranked 3rd in takeaways last season– coming back. 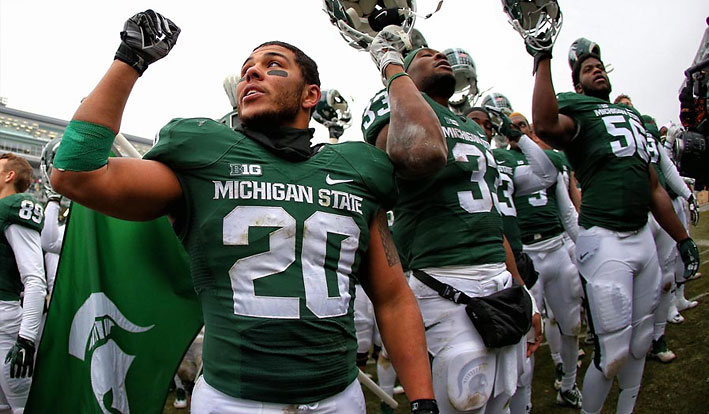 Also added to the mix is quarterback Connor Cook, who was one of the best quarterbacks in the conference last season, returning for his senior year.If Michigan State can defeat the Buckeyes on the road at the end of the season, they have a good chance of winning the conference tournament game and advancing to the playoffs.

They might not be considered a sleeper team by some because of the success that they had last year, but the fact that they were snubbed in the final playoff standings and the fact that they still don’t have a conference title game, makes them a team on the outside looking in. 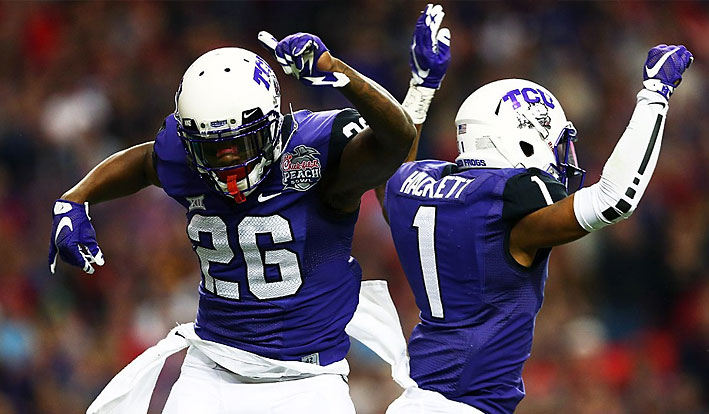 TCU will have a lot of their veteran skill position players back, unlike a lot of other contenders that lost players to graduation and the NFL draft.The only thing TCU needs to look out for this season is their incredibly tough schedule.

Despite finishing the year 5-7, the Wolverines are considered sleepers this season because they hired Jim Harbaugh. 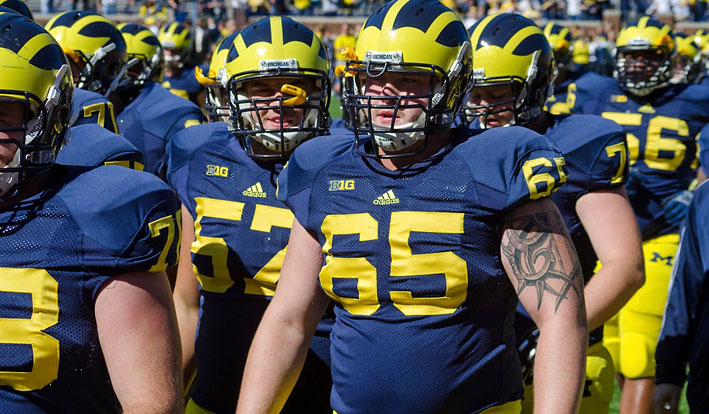 The team has some talent left from the Brady Hoke era, but they’ll need to step up if they want to actually contend for a playoff berth. Harbaugh is renowned for his recruiting skills and for being able to quickly turn teams around –which he did in his first year with the San Francisco 49ers, turning them into Super Bowl contenders overnight– so he is expected to work his magic again with Michigan.The Wolverines have a very favorable schedule and their biggest games, against Michigan State and Ohio State, are in the friendly confines of the Big House.

Despite losing their best players to the NFL draft and having questions at the quarterback position, the Tigers still managed to win 10 games last season. 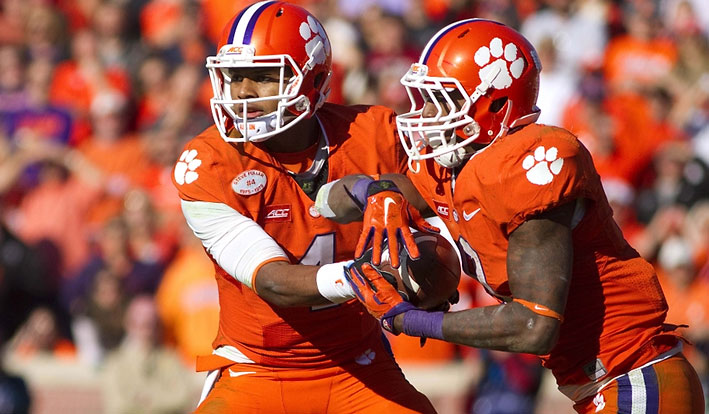 This season, they are expected to be back to being one of the best teams in the country with the emergence of Deshaun Watson, who might be the best quarterback in the conference.Clemson’s defense is also still very solid, and with Florida State losing so many players to the draft, they are in a great position to win the ACC’s Atlantic Division and play in the Championship Game.
Older post
Newer post