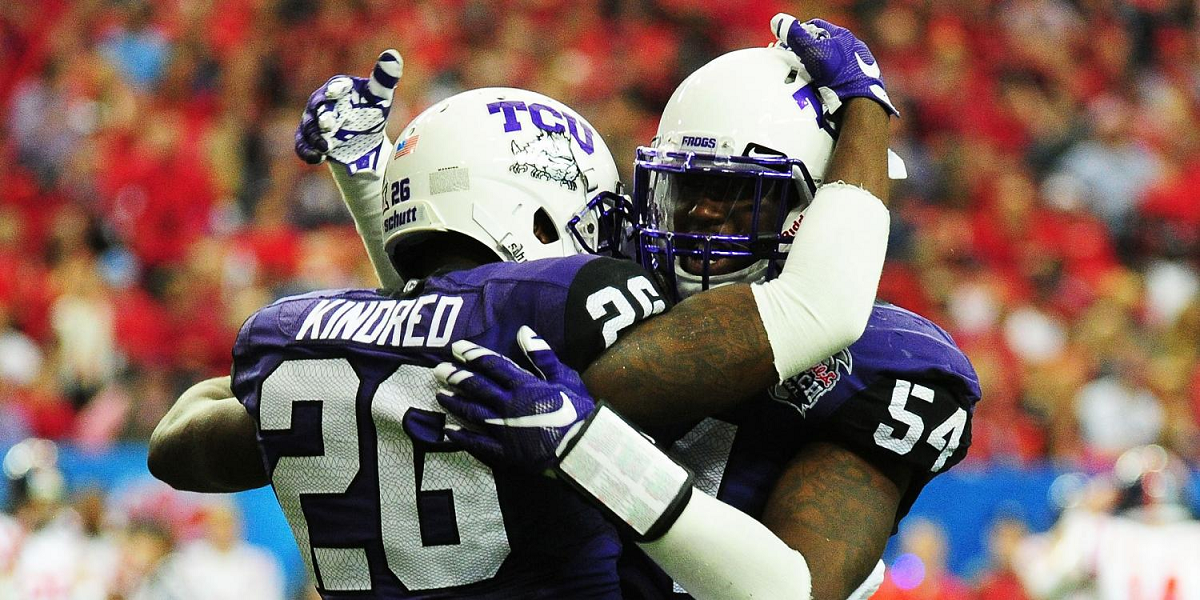 Written by Jordan Walters on September 11, 2015

NCAA Football Betting News
In each week of the 2015-16 college football season, we will be providing an NCAAF betting odds preview of the best picks for SU, ATS, Total and even Parlay bettors. Having addressed the SU and ATS picks already, let’s jump to the game totals and see which games offer the best picks for the weekend.

Oregon at Michigan State, Pick: OVER

In his debut for the Ducks, Vernon Adams accounted for 350 total yards (94 on the ground) with two passing TDs, showing that he was capable of opening up defenses aerially and on the ground. The Ducks ended up topping 60 points en route to the victory. The bad news for Adams and his stellar running backs (who were equally impressive in the season opener) is that they’ll be facing a tougher opposition in Michigan State, a team that boasts of one of the best D-lines in the Big Ten. The fact that Oregon could not stop the Eagles’ offense, especially the passing game (which allowed Cooper Kupp to collect 246 receiving yards and three TDs), also spells doom. 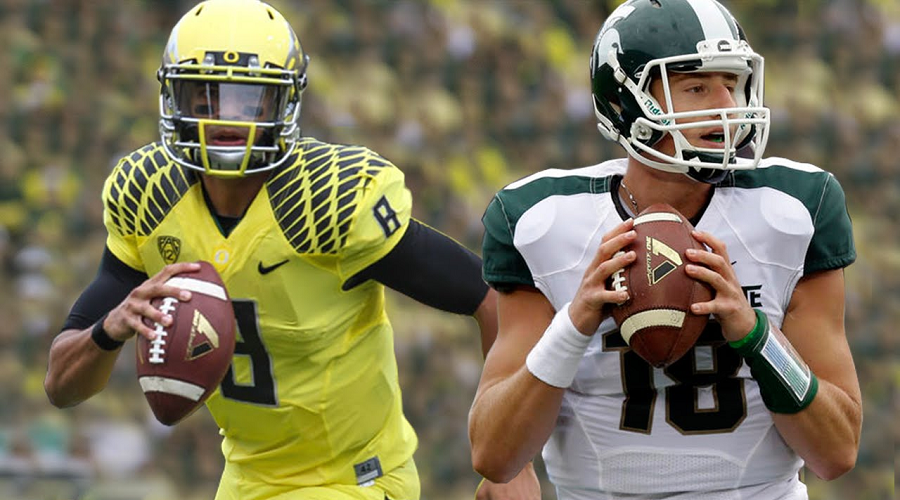 This is because Michigan State’s QB Conor Cook threw for 343 yards, two TDs and two INTs in last year’s loss to Oregon, and considering he will be going against the young and inexperienced Oregon defensive backs that were repeatedly exposed by Eastern Washington to the tune of 42 points, the QB could have even more impressive numbers this week. On the flipside, the Spartans also didn’t look formidable defensively in their win over Western Michigan last week, meaning the high-tempo Ducks could equally get a chance to score some decent points. As per our predictions, therefore, this game will be a high-scoring affair that will lead to an OVER total.

If the results from Week 1 are anything to go by, then the Ole Miss Rebels will be a scary team to face in 2015. Last year, they were among the best defensive teams in the SEC and the strength of that D was evident in Week 1, as they allowed just 3 points to the Tennessee-Martin Skyhawks. Even more impressively, the Rebels torched the Skyhawks for 76 points—the most points in a game for the Ole Miss program since 1935. Also, the 73-point win was the largest margin of victory for the team in the last 80 years. 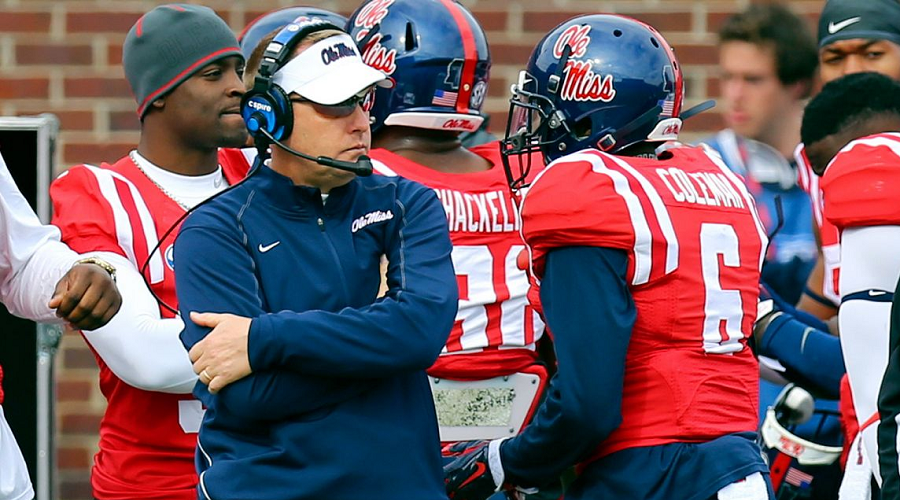 Currently ranked 17th by the AP poll, the Rebels had four players averaging more than 10 yards per rush, while five different players caught a TD pass and the entire team scored a whopping 10 TDs against the Hawks. Obliterating the Fresno Bulldogs with such gusto doesn’t look likely, as the Bulldogs are a slightly better team than the Hawks. In fact, the Bulldogs gave a good showing of themselves in Week 1, cruising to a 34-13 victory over Abilene Christian last Thursday. Even so, Fresno State had a weak passing game, something the Rebels’ scary pass-rushing unit (led by his grace Robert Nkemdiche) will definitely feed on, as the offense (supported by a strong O-line) also plays well enough once again to score 40-plus points. Another OVER total should thus be in the offing here.

LSU at Mississippi State, Pick: UNDER

Though LSU was not in action last week, only a fool would forget that the Tigers bring back one of the best defensive units in the nation from 2014–ranked No. 4 in the nation in scoring defense (allowing 17.5 PPG) and No. 9 in total defense (allowing 316.8 YPG). You wanna bet on a floppy performance from this defense in 2015? Be my guest! Meanwhile, the Mississippi State Bulldogs are coming off a strong display against Southern Mississippi, a game that saw veteran QB Dak Prescott score 309 yards and 3 TDs, while the defense also played decently to earn the Bulldogs a 34-16 win. 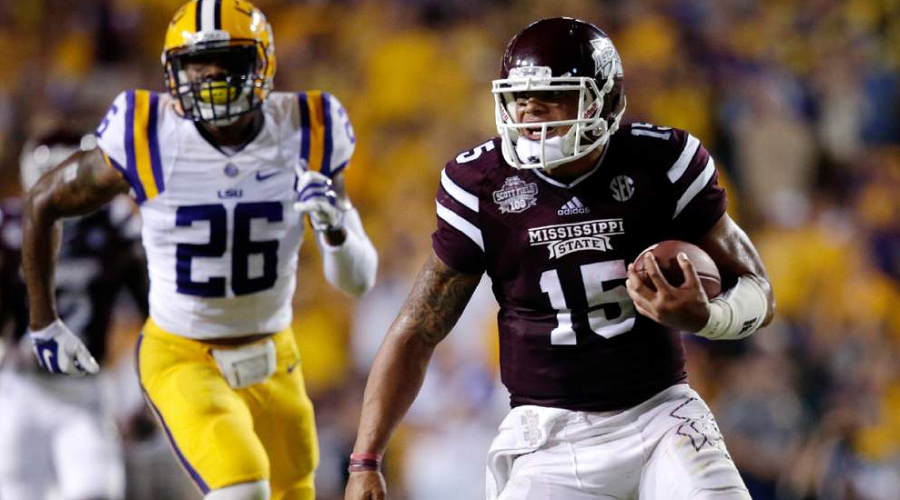 If Southern Mississippi was able to keep Prescott and his unit relatively contained, you can be sure that LSU will be able to do even better than that, even if they’ll be on the road. As a point of concern, though, LSU’s offense comes with a lot of questions at QB (both Anthony Jennings and Brandon Harris are shaky performers), with the only hope for the team being on running back extraordinaire Leonard Fournette. So although Fournette is a beast on the ground and he is bound to cause tons of problems to the Bulldogs defense, the offensive output from LSU is likely to be equally limited. An ugly game, with a high number of turnovers looks to be in the offing, as both teams settle for a low-scoring clash that will keep the total low for an UNDER.

Georgia at Vanderbilt, Pick: OVER

When Georgia met Vandy last year, the Bulldogs had a masterful performance, beating the Commodores 44-17. This year looks to be no different, as the Bulldogs are coming off a spectacular performance in their season-opener against UL-Monroe, a 51-14 win. In that victory, junior quarterback Greyson Lambert impressively went 8-of-12 for 141 yards and two TDs, but it was his running backs that carried the day—with sophomore running back Nick Chubb bulldozing his way to 120 rushing yards and two touchdowns on 16 carries and backup Keith Marshall rushing for 73 yards and two scores on 10 carries. 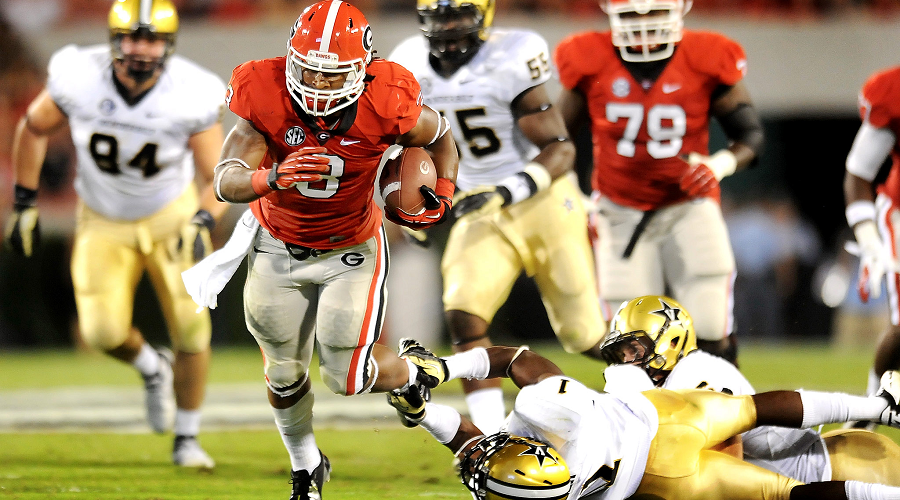 The Commodores, on the other hand, looked slow and bereft of ideas in their season opener against Western Kentucky, suffering a 14-12 loss. The only positive from that game was that Vandy outgained Western Kentucky 385-246 in total yards of offense and limited the team to 1.6 yards per carry. Commendable as that was, it is still not likely that the Commodores will be able to stop Georgia’s run-oriented attack that finished 12th-best in the nation in rushing offense (257.9 YPG) last season. You can therefore expect Chubb (who rushed for 9.8 yards per carry and a score as a backup to Todd Gurley in 2014 against Vandy) and his well-talented running mates to give another solid showing, topping 45 points en route to a blowout win and an OVER total.

Following their 24-17 win over Minnesota, it is easy to point out that the Horned Frogs had an underwhelming performance without considering the reality that the Gophers are (and have been) one of the best teams in the nation in recent years. Sure, senior QB and Heisman Favorite Trevone Boykin should have done better than going just 26 of 42 for 246 yards, a TD and an interception, along with 92 rushing yards and another score. But when you consider that they were playing away from home and were going against a good Minnesota team, then it is pardonable that the Frogs were not able to give a solid performance. That said, things should much different and better for TCU, who will be back at home in Fort Worth. 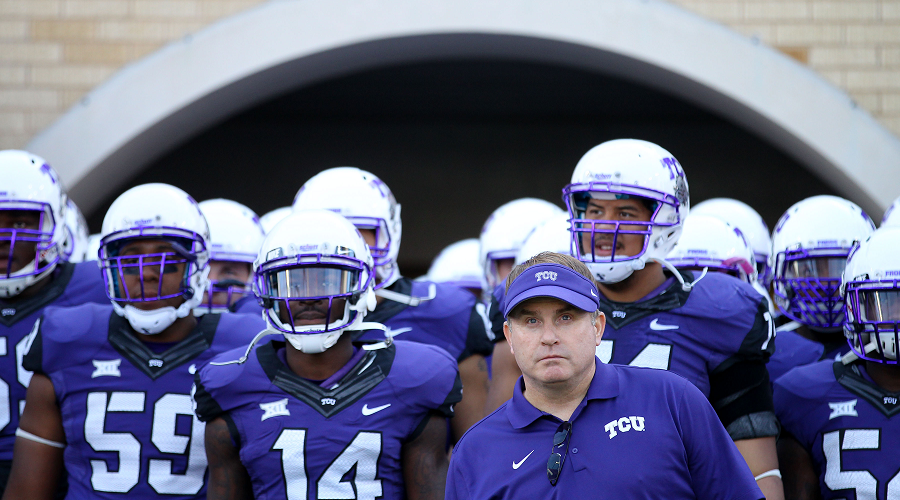 Outside the threat posed by Lumberjacks quarterback Zach Conque, who impressed in the 34-28 loss to Northern Arizona in Week 1, TCU should be able to take care of business very handily. Conque totaled 365 yards of offense (297 passing and 68 rushing) last week, throwing for a TD and running for two more TDs (accounting for 3 of the team’s 4 TDs), making him the priority concern for the Horned Frogs. Still, after forcing five punts in Minnesota’s first six possessions and also forcing a fumble on another drive last week, the Horned Frogs should be able to do enough to limit Stephen F Austin’s offensive strength. And with that, along with a rejuvenated performance from Boykin, Josh Doctson (1,018 yards receiving and 11 TDs in 2014, lone TD against Minnesota last week), and Aaron Green (88 yards on 19 carries vs. Minnesota); TCU should be due for a huge blowout win plus an OVER at home this Saturday.

Giving an all-rounded Week 1 performance in South Bend to secure a 38-3 win over Texas tells a lot about this year’s Notre Dame team, probably in the same way giving up 351 yards and three TDs to UCLA’s true freshman Josh Rosen and suffering a 34-16 loss to the Bruins speaks volumes about Virginia’s usually-feared defense, right? Well, yes and no! Commendable as QB Malik Zaire (19-of-22 for 313 yards and three TDs vs. Texas) and the Fighting Irish took care of the ball on both ends of the field at home against the Longhorns, the performance needs to be taken with a pinch of caution, bearing in mind this is the same Notre Dame team that gave up 43.5 PPG in its final four road games last season. Not to forget, the Notre Dame offense will be playing in Virginia without last year’s top rusher Tarean Folston (889 rushing yards and 6 TDs in 2014) after he tore his MCL against Texas and is now confirmed out for the rest of the season. 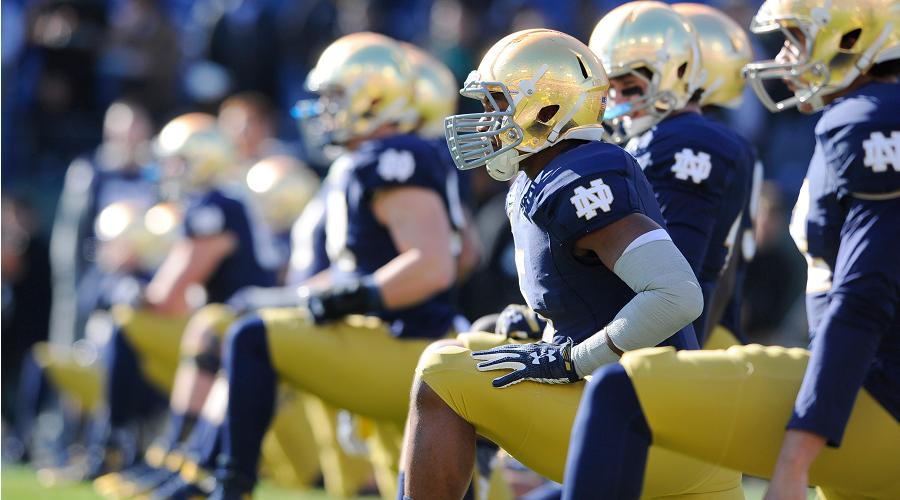 Meanwhile, the Cavs loss to UCLA in Week 1 happened on the road in Los Angeles. At home, the Cavaliers have been playing some of their best football, a fact that is confirmed by their 5-2 SU and ATS record in the last 7 home games. In addition, the Hoos offense averaged 30.6 PPG at home last season (better than their season average of 26 PPG) and allowed just 19 PPG in their seven home games in 2014. On the basis of such strength at home, especially in their secondary, Zaire and his troops will not be having it easy like they did last week. The Hoos don’t have much of an offensive strength to silence Notre Dame this week, but if their secondary (which has always been their biggest strength) can be motivated for a strong home showing (as we expect them to do), then a slugfest looks likely here, as Virginia throttles Notre Dame’s offense to keep the scores low for an UNDER.
Older post
Newer post