NCAA Football Betting News
In the NFL, it’s pretty easy to tell which teams are going to be good entering the season. Some years there are some surprises, but generally teams are what they are. In the NCAA, though, things end up being much different sometimes. Teams that no one thinks are going to be good end up surprising those around them and go on a run that ends in an exciting bowl game – or even more spectacularly. Here is a look at some of the sleeper teams that may end up shocking some people this NCAAF betting season.  The University of Houston just fired head coach Tony Levine after three uninspiring seasons. The Cougars had a good bit of talent and were opening TDECU Stadium, but the Cougars only finished 7-5 in the American Athletic Conference, and so the school brought in Tom Herman. Herman just collected a national title as the offensive coordinator at Ohio State, and his spread offense simply shreds the field against defenses. The Cougars have senior tailback Kenneth Farrow returning, who led the conference with 15 scores and ran for 1,037 yards. Quarterback Greg Ward, Jr. threw for 12 scores and 2,010 yards in eight games. The secondary starts three seniors. This year, Houston gets to host the two best schools in the conference as both Cincinnati and Memphis come to town. 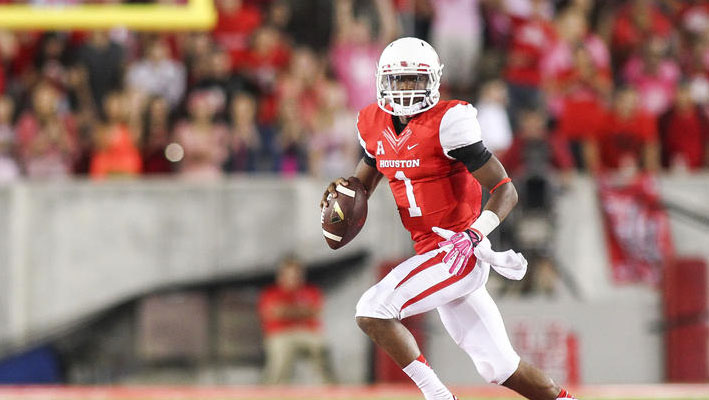 In head coach Dave Doeren’s first season at North Carolina State, the team finished 3-9. The team dropped Doeren’s first 12 games in Atlantic Coast Conference play. However, they finished last season 8-5 and routed the University of Central Florida in a bowl game. This year, N.C. State has 14 returning starters. The team does have to replace three starters on the defensive line and both tackles on the offensive line, but quarterback Jacoby Brissett and tailback Shadrach Thornton (9 Tds, 907 yards in 2014) are both back. Tailback Matt Dayes (13 touchdowns, 1,278 all-purpose yards) returns as well. The toughest games will be trips to Florida State and Virginia Tech, but this team could get closer to 10 wins and contention for the conference this season. 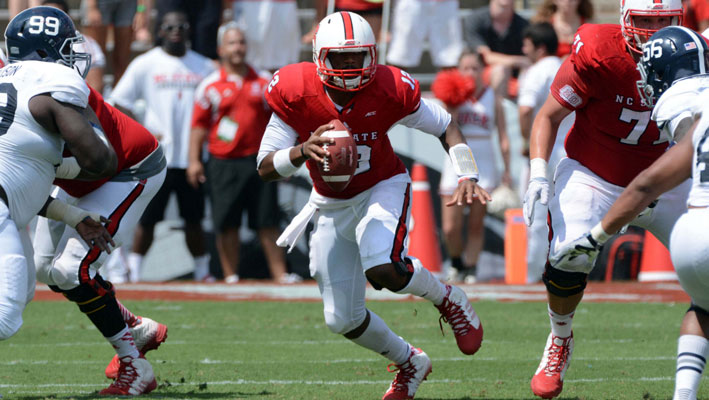 In the Big Ten, Penn State really looks to be turning a corner. The NCAA commuted the rest of a four-year ban from bowls in the fall of 2014, but the school last year was still a little disappointing. The team did advantage to the Pinstripe Bowl at Yankee Stadium and beat Boston College, but the offensive line was horrendous, allowing 44 sacks of quarterback Christian Hackenberg, who threw 15 interceptions against only a dozen touchdowns. Four of those touchdowns happened in the Pinstripe Bowl, improving some troubling stats from the regular season. This year, the Nittany Lions feature 15 returning starters, including three on the offensive line. Hackenberg has the tools to throw in the NFL, and now he has sophomore wideout DaeSean Hamilton as a target. Last year he caught 82 balls for 899 yards and should improve. The Nittany Lions do have to go to Michigan State and Ohio State, but there is still room for growth. 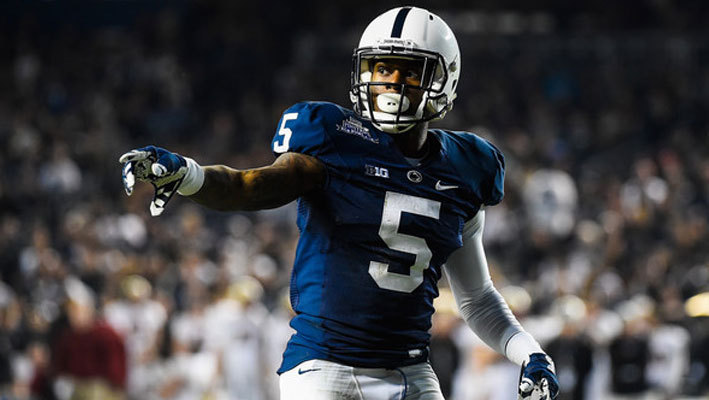 Oklahoma State finished 10-3 in 2013 after having been in national championship discussions for much of the season. In 2014, the Cowboys started 5-1 and then lost five games in a row. However, Mason Rudolph grew into the quarterback position, and OSU beat Oklahoma in the last game of the regular season to become bowl eligible, and then they rolled over Washington in the Cactus Bowl. Tyreek Hill was cut from the team because of domestic violence charges, which means Rennie Childs will need to be a dominant tailback, but the offense should still be better this year.Sources:ESPN.com: http://espn.go.com/college-football/player/_/id/512191/jacoby-brissettYahooSports.com: http://sports.yahoo.com/ncaa/football/recruiting/player-DaeSean-Hamilton-134008
Older post
Newer post