NCAA Football Betting News
In America, college football is indisputably one of the most exciting sports based on its unpredictability and the plethora of lucrative money-making opportunities it offers in the NCAAF betting lines. Teams that are underrated end up disappointing critics, while those that are seen as favorites, let down their enthusiasts. With this in mind, every coach knows that every match is important, and how a team kick starts its season might determine how they end a season, as often, teams that have a good start to the season build on that for a good run. Last season we saw Ohio State Buckeyes lose to Virginia Tech, which nearly cost them a spot in the playoffs that they eventually won. Such games have the ability to change the course of a team’s seasons, and sometimes they come as early as the first week of the season.

It will be exciting to see these two football giants lock horns as early as week 1, as Alabama will take on Wisconsin at the AT&T Stadium in Arlington, Texas. Last season we saw how Alabama’s shaky first-half display against the Mountaineers at the start of the season nearly leading to an upset. Their opponents in that match, West Virginia, built on that result to go on a solid season. Wisconsin may have lost running back Melvin Gordon, but they cannot be ruled out as one of the best Big Ten contenders. A win against SEC top-dog Alabama could hype Wisconsin’s morale, energizing their run for a playoff appearance. One thing to look out for in this game is its implications on the two team’s season, besides just the pace and style. 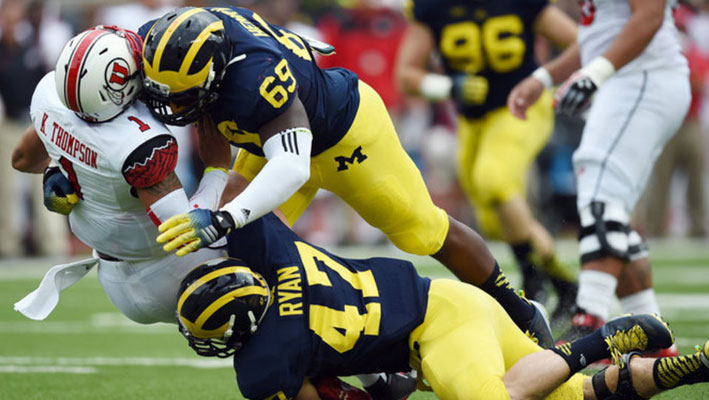 After failing to beat the unranked Utah last at the beginning of last season, things were clearly laid out for Brady Hoke and the Wolverines–a mediocre season was in the offing. In a year they were expected to show their prowess, crumbling to an unranked team on their own home turf meant that they were never going to have success, and they didn’t. The match proved a bad pacesetter for the rest of the Wolverines season, as they panted behind others finishing the regular season on a pathetic 5-7 mark, despite having great talent. On the flipside, the Utes went on to have a great season, finishing on a 9-4 mark.This season, the showdown has come much earlier as an opener. Geared with changes on rosters and coaching staff, each team is yearning to start season with a good record. Most notably, the Utes lost their offensive coordinator, defensive coordinator and defensive line coach in the offseason, while the Wolverines fired Brady Hoke, replacing him with Jim Harbaugh, who is hungry to impress where others have recently failed. This match, therefore, sets a crucial matchup, where both teams will be looking to impress. Of course, most pressure is Harbaugh, who is transitioning from the NFL to college football, as he seeks to set the season rolling with a win that would ease the pressure off his shoulders. On the opposite end, star running back Devontae Booker and quarterback Travis Wilson are among the hottest prospects this season, so they’ll be looking to run the show once again, as was the case last year. Vengeance for Michigan or continued success for Utah? Only one way to know—be sure to watch the match. 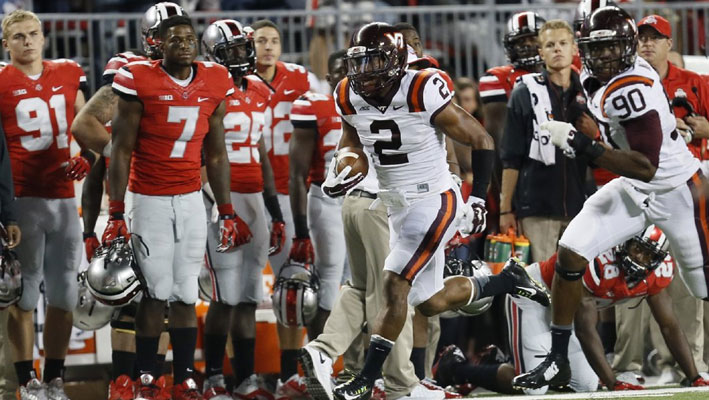 Viewed as one of the most anticipated matches of the season, lasts year’s national champs will open the season against Virginia Tech. By now, everyone knows that the Buckeyes stood against everyone in 2014, except the Hokies, who beat them 35-21, so the Bucks will be looking to make amends. What makes this clash even more epic is the fact that it is a repeat of last season’s opener. The Buckeyes will be hoping to pick up from where they left off last season, after lifting winning the National Championship in the inaugural college football playoffs. Last season, Ohio State used the setback to bounce back and become the champions. However, when the season opens, the champions will be coming for nothing less than revenge. On the other side, the Hokies will be looking to repeat last year’s success. Whoever wins this match will not just have bragging rights, but will also set up a template for how the rest of their season could go, especially when going against fierce opponents.Sources:SI.com: http://www.si.com/college-football/2014/12/02/brady-hoke-michigan-wolverines-firedSuntimes.com: http://milwaukee.suntimes.com/mil-sports/university-of-wisconsin-badgers/7/121/143920/chargers-wisconsin-running-back-melvin-gordon/
Older post
Newer post