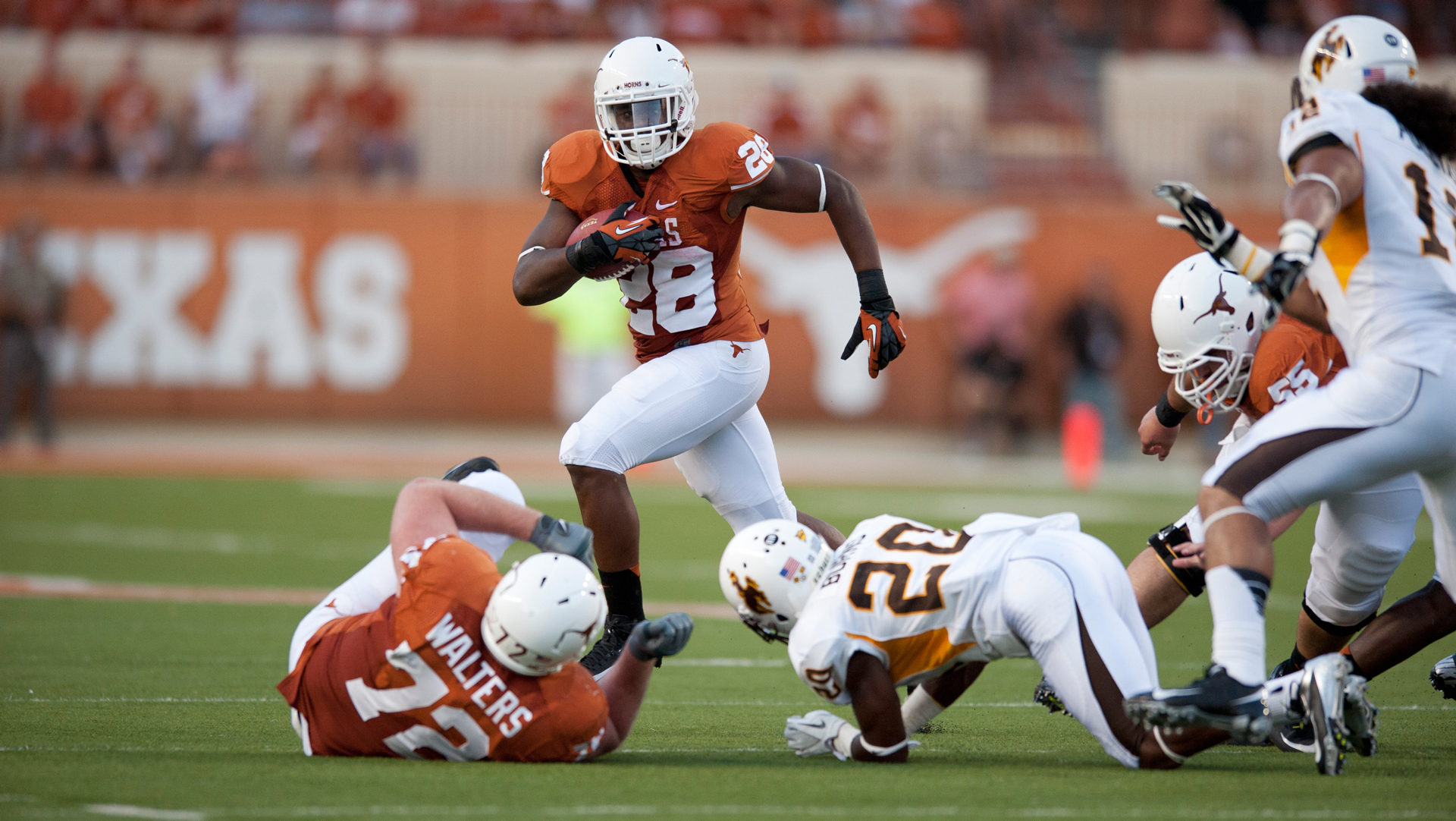 Written by Jordan Walters on November 5, 2014

NCAA Football Betting News
It has been a pretty solid year for the Big-12 Conference, with no less than three teams sitting with 7-1 records and a legitimate shot of getting into the playoff picture. The West Virginia Mountaineers are not one of those three, but they have been one of the better teams in college football all year and a NCAAF betting favorite, and have played a schedule that very few teams would have chosen.The Mountaineers (#23) are at 6-3 on the season as they head into this weekend’s conference match-up with 4-5 Texas. Two of their losses have come against conference foes, while the third was at the hands of a very good Alabama team. The fact that they were very much in all of those losses tells you just how competitive this West Virginia team is. You need only look at their 30-31 loss to #6 TCU to see what we are talking about.The Texas Longhorns have not been very good at all, and have actually lost 3 of their last 5. This is very much a program that is trying to find its way back to former glory, and it is looking like it will be an incredibly slow process. They have dropped 3 of their 4 games to conference opponents, and will go under .500 in conference play if they lose to the Mountaineers this weekend. Home field advantage isn’t even really in their favor here either, as they are just 2-2 this season when playing in their own backyard.

Despite the seeming gap in talent level between these two teams, the Mountaineers have only been given a slim 3.5-point edge in this one. While some of that is down to playing on the road, you need to consider that they are a perfect 3-0 away from home. They come into this game at 6-3 ATS on the season.The Longhorns are 5-4 ATS this season, but they are a rather miserable 1-3 ATS when playing at home. These two have met just once before in the past 3 seasons. That games was played in Texas, too, with the Mountaineers winning straight up and ATS.GAME ODDS:WEST VIRGINIA: -3½-110TEXAS: +3½-110I for one am a little surprised at the line for this game, and it was one that I immediately circled as a distinct betting possibility when the lines were released. I think the Mountaineers offense is just too much for Texas to handle, which is why I think they will cover the line quite easily.
Older post
Newer post