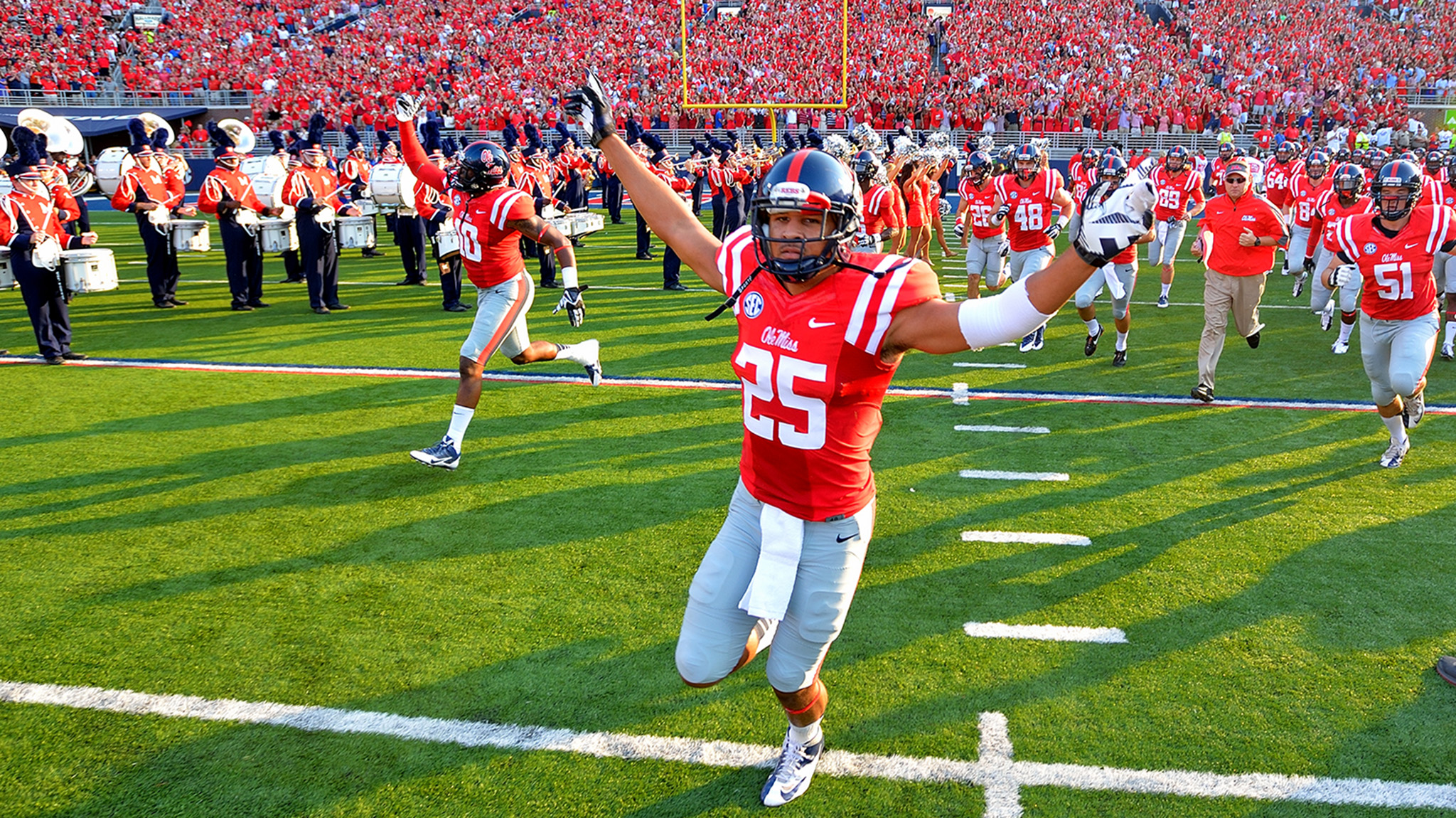 Written by Jordan Walters on November 4, 2014

NCAA Football Betting News
It wasn’t so very long ago that fans in the state of Mississippi were celebrating the fact that they had two teams occupying the top 3 spots in the rankings. The last 2 weeks have seen that change dramatically, though, as Ole Miss have been able to hold up their end of the bargain. They play an unranked team this weekend, and football spread for this game is likely to go over 30 points. Ole Miss comes into this weekend’s game against the Presbyterian Blue Hose with a 7-2 record, but with both of those losses coming back to back. If they though the 10-7 loss to LSU a couple of weeks back was tough to swallow, imagine how they must feel after seeing victory snatched away in the most dramatic of circumstances in their game against Auburn last weekend. It certainly looked as though Laquon Treadwell had hit the end zone with what would have likely been the winning TD, but replays showed he dropped the ball short. Not really his fault when you see the devastating injury he suffered en route to pay dirt. If Ole Miss were looking for a way to get things back on track in a big way, they may likely have picked a powder puff opponent to help make it happen. That is exactly what they get this weekend when Presbyterian comes to town. Yes, they have a winning record, but that all really counts for nothing when you consider their strength of schedule. Their goal here is likely to try and simply keep things as respectable as possible, as well as collecting a nice little pay day.

There are currently no lines available for this game, but you have to imagine that Ole Miss will be an overwhelming favorite in this one. They are a pretty nice 6-2-1 ATS this season, while Presbyterian are 0-2 in lined games. It will be interesting to see what the OVER/UNDER is set at for this one, as both teams have been very much prone to the UNDER this season. There is always the possibility that Ole Miss will take the foot off the gas and get some backups in there later in the game. Look for the Rebels to win BIG here, quite possibly in the 40+ point range. GAME ODDS: To be announced. Stay tuned for more information on the betting odds for this Saturday.

Get All The NFL Football Spreads When You Open Your Free Account At MyBookie.ag