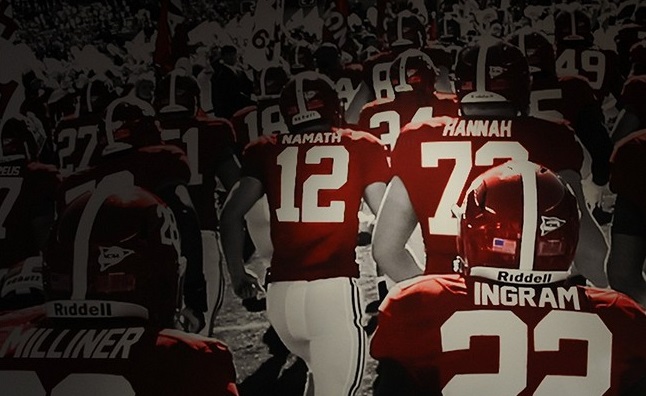 NCAA Football Betting News
There are usually a few contenders for the game of the week when college football Saturday rolls around, but there can be no arguing the one that gets top billing this coming weekend. That would be top-ranked Mississippi State going on the road to face Alabama in a game that will likely decide who wins the SEC West. So let’s review the Week 12 NCAAF betting lines for this one of a kind game.
Date/Time: Saturday, October 11, 3:30 PM
Location: Davis Wade Stadium at Scott Field, Starkville, Mississippi
Alabama have to be feeling a little aggrieved that they are currently occupying the #5 spot in the College Football Playoff Rankings. They are #4 in the AP poll, but that would count for nothing if the playoffs were to begin today. In fairness, though, it has almost been a tale of two teams this season, as the Crimson Tide were less than impressive in the first half of the season. That all changed a few weeks back when Coach Nick Saban ripped into the media after they called out his team for a 14-12 victory over Arkansas. They have been lights out since then, and won an emotional, come from behind game over LSU in Death Valley last weekend.

The Mississippi State Bulldogs have just been trucking along all year, racking up wins en route to a perfect record. They have some nice victories included in that mix, but this is sure to be their toughest test all year. If they think they are just going to roll into Alabama and start piling on the points like they have done all season, they have another thing coming. This promises to be an absolute classic, and is a must watch for any football fan. It’s also a game that is sure to get a lot of play among bettors.BETTING ODDSWhile it may come as a surprise to some that Alabama has been made an 8-point favorite for this one, looking back over the years reveals something of a trend. Going back to 1992, Alabama is 9-2 SU against the Bulldogs when playing at home, although Mississippi State does hold the edge ATS. That record includes the Crimson Tide going 2-0 SU against the Bulldogs in the last 3 seasons, with a 1-1 record ATS in those games.Game Odds:MISSISSIPPI STATE: +8-105ALABAMA: -8-115I’m not going to lie, I find that line to be just a little too risky for my blood, in spite of the fact that I think Alabama will come out on top. I am more inclined to just take Alabama SU, but am toying with the idea of them covering, too.
Older post
Newer post