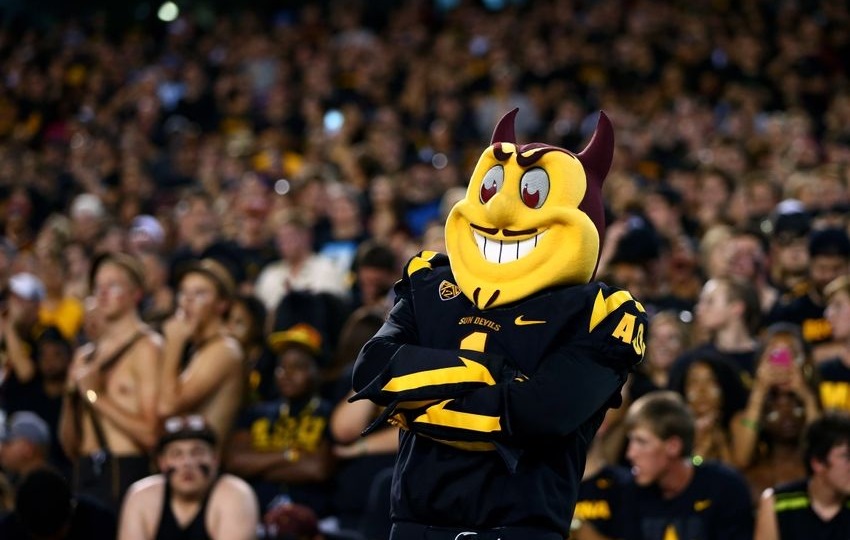 NCAA Football Betting News
The college football betting season delivers a lot of potentially exciting match-ups throughout the season, but it is Week 14 that gets the pulses racing for so many fans. That is when rivalry week hits, and when genuine hatred spills onto the football fields across the country. Many of these games will have no impact on the overall standings, but that doesn’t stop them from being important to the teams taking part. One big one that is taking place will take place in the state of Arizona, with the Sun Devils and Wildcats meeting on a crucial game set for this Friday night.Date/Time: Friday, November 28, 3:30 PMLocation: Arizona Stadium, Tucson, ArizonaJust a couple of weeks ago, Arizona State were very much in contention for a playoff spot, but a stunning loss to Oregon State saw their season fall apart. They followed that up with a win over Washington State last weekend, but they were given a much tougher game than anyone expected. The Sun Devils had put together their impressive season thanks to a stifling defense, but it has been incredibly porous the past 3 games, giving up a total of 97 points, most of which came through the air attack of their opponents.

The Arizona Wildcats, who will be hosting this one, have the same 9-2 record as their state rivals, but they are arguably the team in better form at the moment. They are one a 3-game win streak and are playing good football on both sides of the ball. They have been winning the turnover battle all season, which has helped the put together their impressive record. They might be in trouble if this one gets into a shootout, as the Sun Devils have been lighting it up the past 3 weeks in order to try and compensate for their less than stellar defensive play.BETTING ODDSAt the time of writing, this one is still off the board, but it’s one that is likely to have a pretty short line either way. The Arizona Wildcats are 4-7 ATS, and just 1-5 ATS at home. They also historically don’t do very well in quick turnaround games, which is where this one falls with a Friday kick-off. The Sun Devils are 6-5 ATS this season, which includes a 3-2 ATS mark on the road. These two teams have met twice over the past three seasons, and it has been Arizona State who have prevailed SU and ATS in both.Game Odds: TBAThis has all the makings of a tight affair with lots of points on the board. If The Sun Devils can get back to playing a little better defensively, they should be able to eke this one out.
Older post
Newer post