NCAA Football Betting News
Previously, we took a look at the biggest online betting games in college football 2015, specifically between Week 1 and 3, and as a sequel to that college football betting preview, we will be looking at the biggest games between Week 4 and Week 7, including free online betting picks. So without further ado, let’s get down to business, shall we? 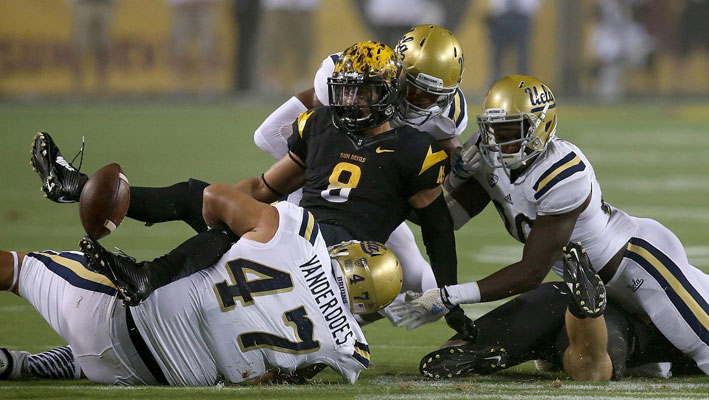 In his three seasons at Arizona, Coach Rich Rodriguez has been a success story, winning a combined total of 26 games, but in that time, he’s gone 0-3 against the Bruins, so winning this game will be very important to him. Not to mention, this will be a Pac-12 opener for both teams and it could end up determining the eventual winner of the Pac-12 South Division title. With Arizona, on one hand, bringing back the core of its team that won 10 games last season, including the nation’s top defensive player Scooby Wright and a host of talent in the offense, and UCLA, on the other hand, missing key pieces of its team (including QB Brett Hundley), a first win over the Bruins looks to be in the offing for Rodriguez. 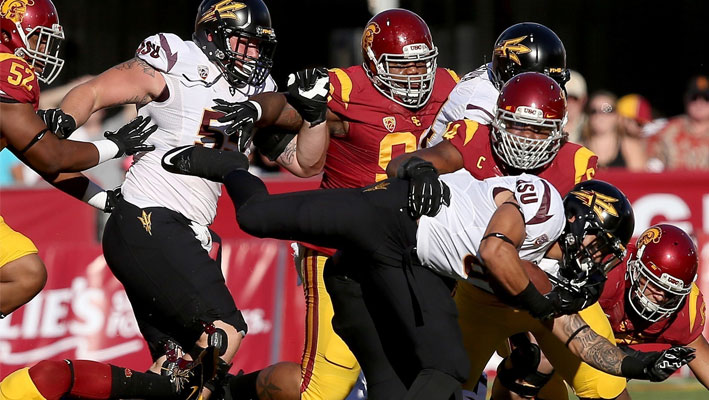 In 2014, the Trojans were on the verge of a huge win against Arizona State, but Mike Bercovici had other plans, throwing a 46-yard TD pass to Jaelen Strong as the game-clock expired to give the Sun Devils a thrilling 38-34 victory at USC. This year, it will be Arizona State hosting the Trojans with Strong and other D-line players gone, but with Bercovici still around with a couple of other key pieces like RB/WR D.J. Foster, the Sun Devils should be good for a solid showing. On the flipside, USC returns with one of the best QBs in the country in Cody Kessler (who completed almost 70 percent of his passes for 3,826 yards and 39 TDs vs. 5 interceptions last season), setting up the stage for potentially the best Pac-12 game showdown this year.

Week 4 Games to Watch Out For: 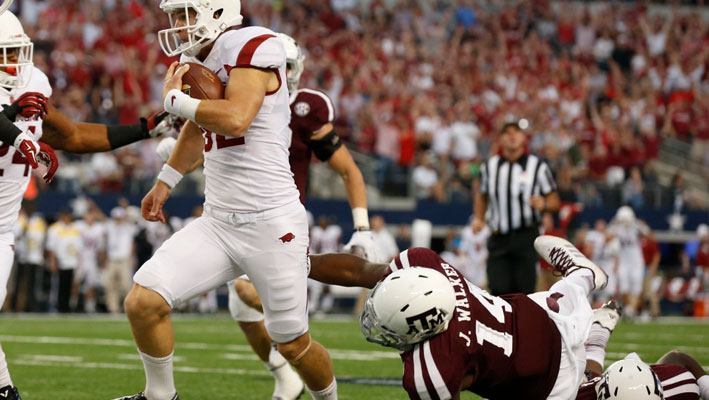 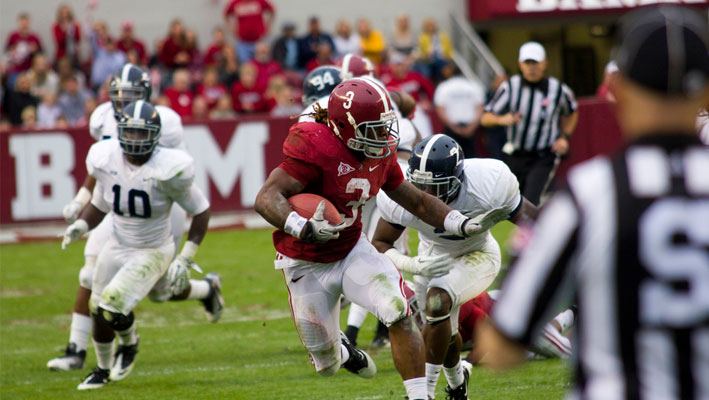 Christmas will be coming early for football fans in the SEC as one of the biggest conference showdowns, a potential SEC title-game clash, will come in the first week of October. Expect a variety of interesting matchups, including the RB showdown between Bama’s Derrick Henry and Georgia’s Nick Chubb. Though Alabama has won the last two meeting between the two teams in 2008 and 2012, I have a feeling that Georgia will somehow do enough to eke out a win in this year’s showdown. 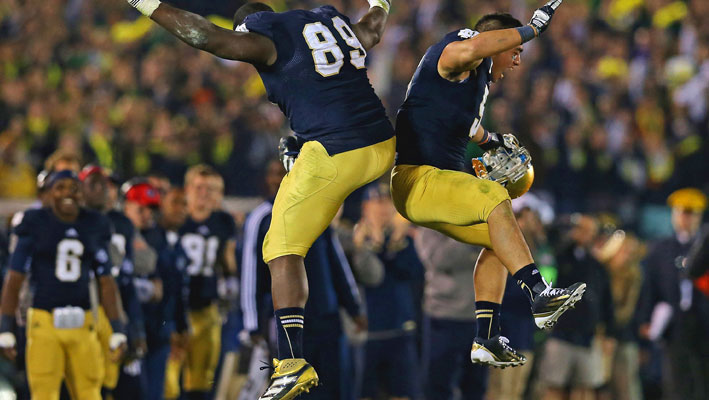 This matchup will be the first time since 1979 that Clemson will be meeting Notre Dame, so it’s hard to pick who will win this game, especially because Notre Dame has been able to post a good number of big road wins recently and Clemson has been darn good at home. Even so, the Tigers are the more talented team, more so with a solid QB, and they’ll have home advantage, so they’d be more likely to get the win.

Week 5 Games to Watch Out For: 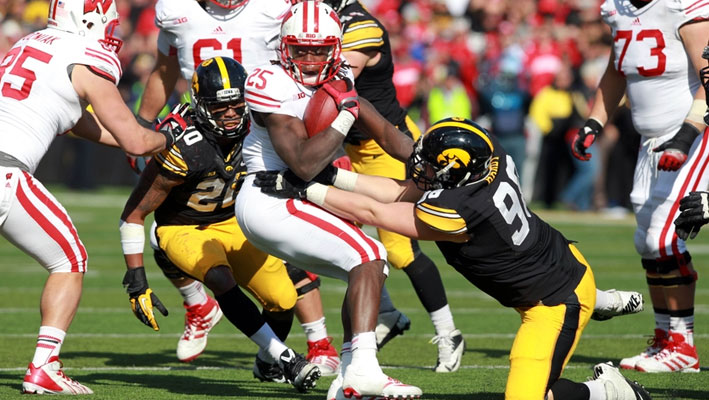 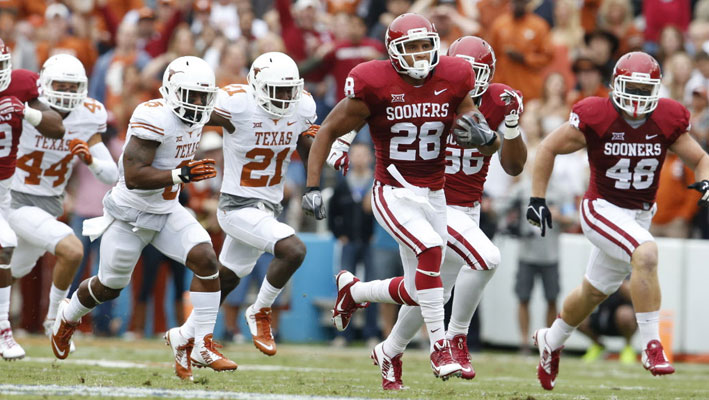 The Red River Rivalry has been one of the fiercest rivalries in the country, so although the Longhorns have sort-of regressed over the recent years, the enmity between these two teams should keep things interesting. Last year, the Sooners claimed a 31-26 win, and going by the offseason changes in both teams, Oklahoma should have the upper hand once again in 2015. Though, as is the case with most rivalries, anything can happen, particularly because Texas will be playing at home. 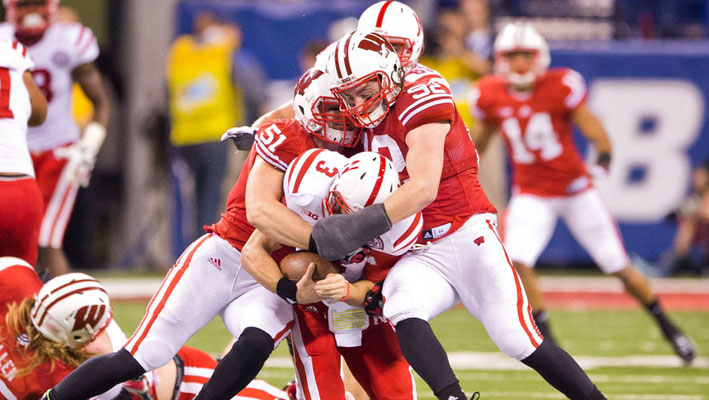 After Wisconsin’s Melvin Gordon torched Nebraska for 408 yards rushing and helped the Badgers to beat Nebraska 48-17 last year, the Cornhuskers will be hoping to get their revenge under the leadership of new head coach Mike Riley. As is always the case when these two Big Ten rivals meet, a lot will be on the line, especially in regards to contention for the divisional and conference titles. Expect the Huskers to take advantage of Wisconsin’s depleted roster to push hard for a nervy win.

Week 6 Games to Watch Out For: 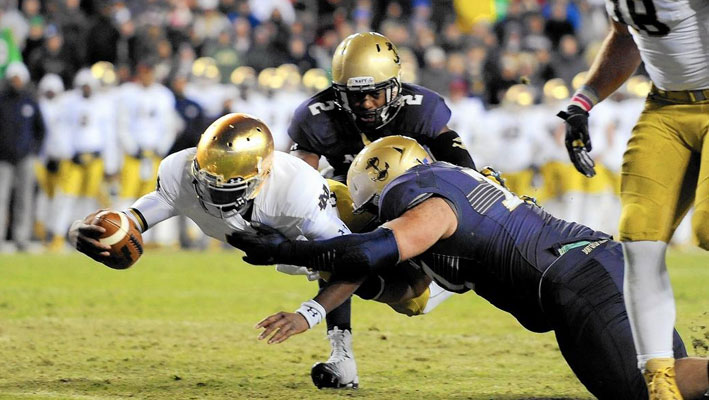 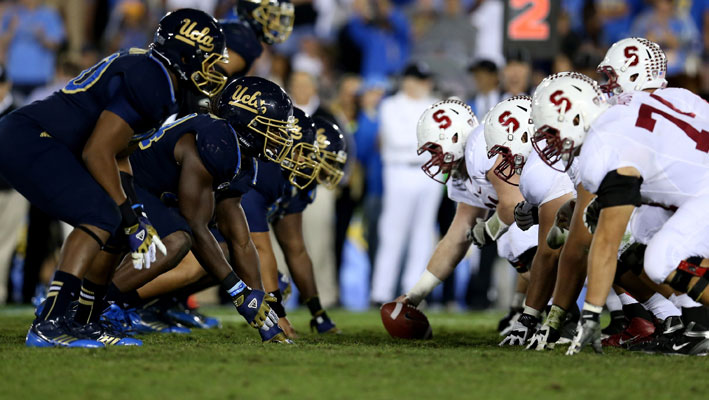 Returning 17 starters, including star linebacker Myles Jack and star tailback Paul Perkins, the Bruins are hot favorites to maintain consistency (or even get better) after their back-to-back 10 win seasons over the past two years. Still, getting a win in Stanford is never an easy feat for any team in the Pac-12, and the fact that this game will be played on a Thursday makes matters more difficult for UCLA. Added to that the Cardinal return 12 starters (including senior quarterback Kevin Hogan) that helped beat the Bruins 31-10 in the 2014 regular-season finale, UCLA would need a huge miracle to get a win in this game. 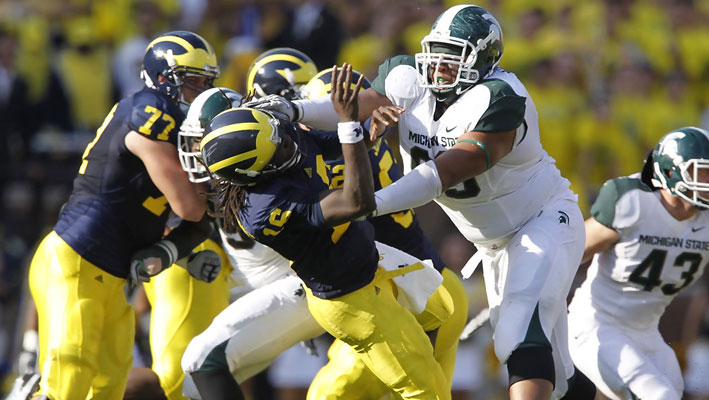 The meetings between these two Michigan rivals always come with tons of headline-grabbing stories. This year, the arrival of Jim Harbaugh in Michigan is the biggest story, with many Michigan hopefuls praying that he’ll help the Wolverines to stop the recent dominance by the Spartans. Obviously, the Spartans are the stronger team (on paper) entering the new season, so they should be able to claim the victory here, but that doesn’t mean it is going to be all smooth-sailing for them. Matter of fact, a surprise loss could be in the NCAAF odds for the Spartans if they are not careful. 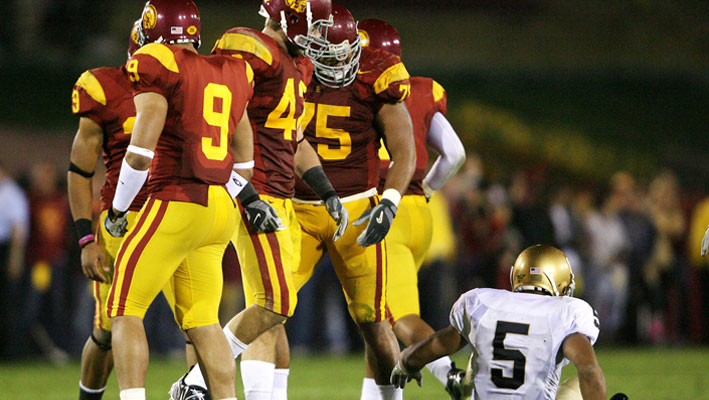 For a rivalry that dates back to 1926, the Fighting Irish fans must be having nightmares about last year’s meeting, where QB Cody Kessler threw for 372 yards and a whopping 6 TDs to lead the Trojans to a memorable 49-14 win. With both teams looking improved this year, a closer contest should be anticipated, particularly because Notre Dame will be playing at home. The win should, however, still go to the stronger Trojans. 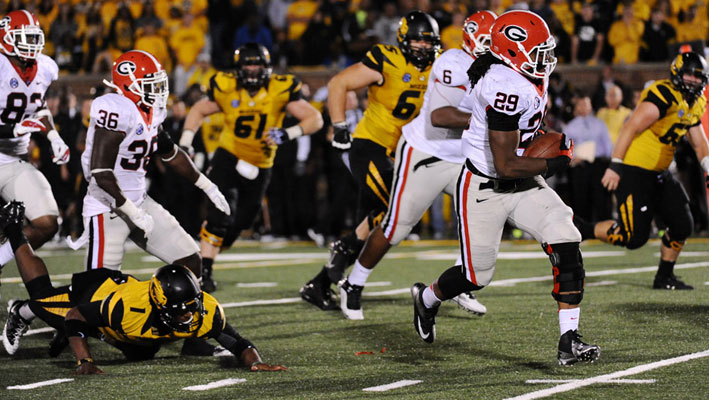 If both Missouri and Georgia will be in top contention for the SEC East title, as has been projected by experts, then this game is likely to be a crucial deciding factor about the team that will eventually claim the divisional title in 2015. Last year, Georgia’s loss to Mizzou directly cost the team the SEC East title. Will the situation be any different this year for the Bulldogs when they host the Tigers? Yes, we think so, based on how the Bulldogs are stacked with talent against the shorthanded Tigers.

Week 7 Games to Watch Out For: 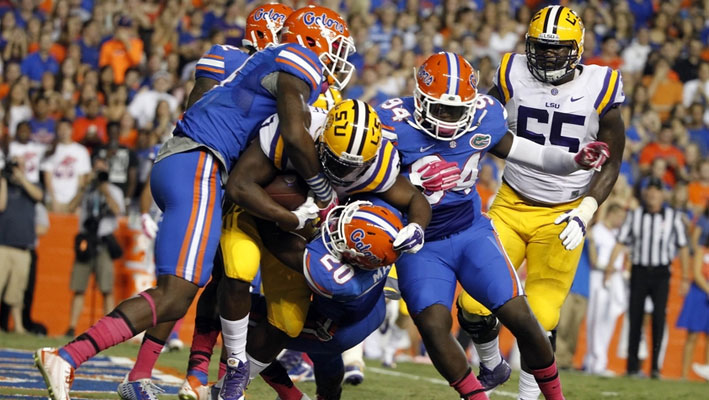