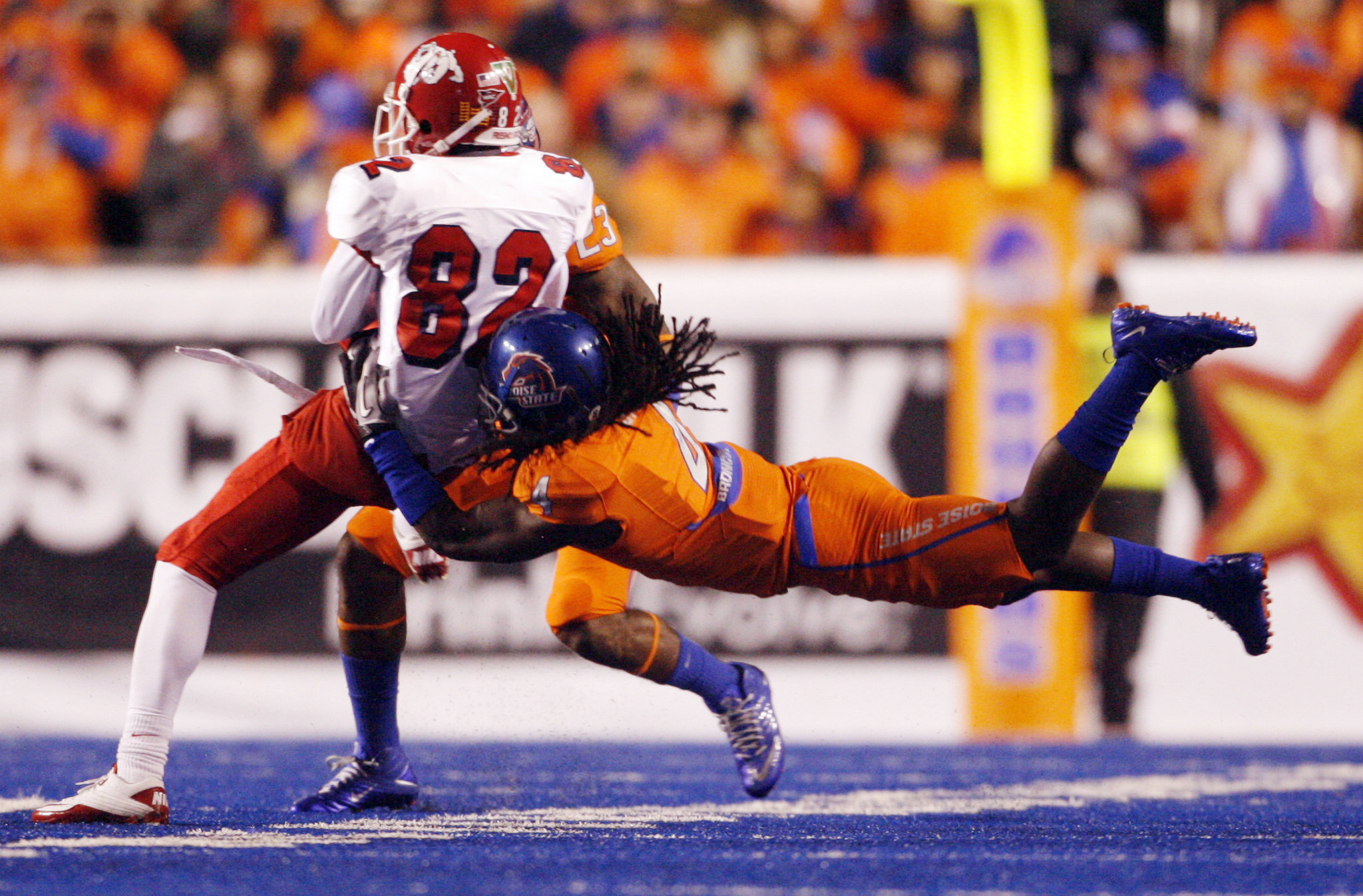 NCAA Football Betting News
Though the wild Mountain West championship race is heavily-contended, recent wins by Boise State has put the team in cruise-control of their championship fate. If the 4-2 Broncos (4-2 ATS) win the upcoming game against the Fresno State Bulldogs and follow that with four more conference wins, they’d certainly win the Mountain Division. Going by their strong 4-1 SU and ATS record in the last five games, a couple of more wins look achievable for the Broncos. So let’s check the football line, team records and other relevant info heading to this game.

The 3-4 Bulldogs (3-4 ATS against the spread) haven’t had the best of starts this season. Most recently, they lost 30-27 in overtime to UNLV despite rallying back from 17 points down. In last season’s matchup with the Broncos, the Bulldogs nipped with a 41-40 victory, so they’ll go to Friday’s game feeling they can do it again. This, however, will be a tall order considering the Broncos are remarkably 12-1 against the spread in their last 13 games with the Bulldogs. Will the Bulldogs leave the Bronco Stadium with another win or will the Broncos’ 17-3 SU record in their last 20 home games propel them to another home win?

In spite of losing last week’s game to the UNLV Rebels, Fresno State’s QB Brian Burell put in a great performance, throwing for 310 yards and scoring three TDs with two interceptions. If he can be accorded more protection by his teammates, he could help pull the strings for the Bulldogs and even inspire them to victory. Needless to say, it is important for the Bulldogs to start strongly and take the game to the Broncos, rather than snail-pacing their way into the game and trying to look for a come-from-behind victory.Moreover, holding on to their points and defending tactfully, especially against highly attacking teams, is often a problem for the Bulldogs. In their three-game losing streak earlier this season, Fresno State gave up an average of more than 55 points per game. Over the past four games, the average has dropped to 21 points per game, which is duly commendable. Nevertheless, if they are hoping for a win this Friday, they will need to even defend more ruthlessly.Game Odds:FRESNO STATE: +17-110, OV 63 -110BOISE STATE: -17-110, UN 63 -110For the Broncos, getting to capitalize on the strength of QB Grant Hedrick and the athleticism of running back Jay Ajayi will be key to unlocking the team’s attacking potential. As they’ve proven in most of their games this season, the Broncos do not have a problem in scoring.The Broncos major strength is in their great pass completion percentage (averaging 66.13 percent) and timely rush yards (averaging 211.80 per game). To outwit such an attack-minded outfit, the Bulldogs must find ways of slowing the runners while breaking down their passing game. If they can’t do that, Ajayi and his company will run and dance around them all night.PredictionA moderately high-scoring game looks more likely as the Broncos outmuscle the Bulldogs for a crucial victory to keep their championship dreams on course. Forget about the large betting odds, the Broncos will win this one and cover the spread.
Older post
Newer post