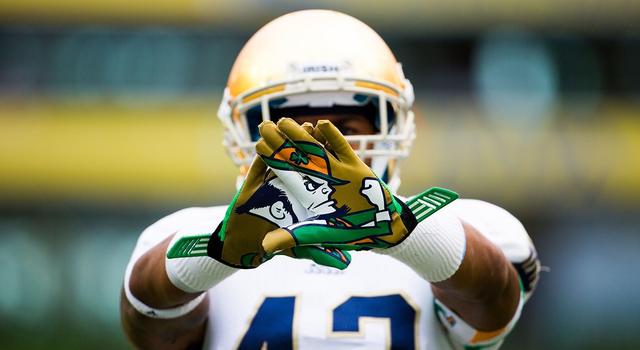 NCAA Football Betting News
After two straight weeks of the national spotlight shining on SEC teams, the game between Notre Dame and Florida State will bring the national attention back to the defending national champions and the ACC. This is easily the most talked about game of the weekend, as two college football betting favorites and top ranked programs in the nation meet for what many think is going to be one of the most thrilling games of the season.

The Fighting Irish are back in the top 10, thanks in part to the return of quarterback Everett Golson, who missed all of last season while serving an academic suspension. They have played only one ranked team this year, in what was a very close game, and will be facing their toughest challenge of the year. If they can get a win against the Seminoles, they will improve their chances of making the playoffs. The Seminoles lost their number one ranking because of the impressive performance of Mississippi State, who knocked off three top 10 teams in consecutive weeks. They have not been as dominant as they were last year, on their way to winning the championship, but they have managed to do enough to win all their games so far.

The Seminoles have the home advantage, which gives ’em the edge over Notre Dame in the college football lines. However, the Irish have risen this high in the rankings due to the losses teams ahead of them suffered; they haven’t looked very impressive against lesser opponents, and will be blown out in this game against the Seminoles.
Older post
Newer post