NCAA Football Betting News
Now that Danny White has secured the athletic director position at the University of Central Florida, St. Louis Rams QB coach Chris Weinke has expressed interest in the head coaching job there, according to the Orlando Sentinel. The Knights lost coach George O’Leary to retirement after the team got off to an 0-8 start. O’Leary had been the coach since 2004 and had taken the team to a BCS bowl victory in the Fiesta Bowl during their terrific 12-1 season as NCAAF odds fans might remember. Weinke was the football director at IMG in Bradenton, Florida.

The Maine Black Bears plan to extend head coach Jack Cosgrove, even though they are off to a 3-7 record so far this season. Cosgrove has rolled up 129 wins in his 23 seasons at the helm. In 2013, Maine won ten games, but they only won five last year and can only get to five this year.There are rumblings that USC should promote interim coach Clay Helton to the full-time job, notes the L.A. times’ Bill Plaschke. In the wake of the Steve Sarkisian situation, Helton has done a great job getting the team focused on football and producing some surprising victories down the stretch. Both Alabama and Auburn have come calling, and he has remained loyal to USC. If the Trojans pick a different head coach, expect quite a few teams to come inquiring about Helton’s services. At LSU, there are a lot of rumors swirling around the possibility that Les Miles could be coaching for his job as the team takes on Ole Miss and Texas A&M. Scott Rabalais, writing for The Advocate, notes that buying out Miles’ contract would cost $15 million before January 1. There would be $2 million more to buy out the assistants’ contracts. This is asking the athletic department to pony up almost $20 million before they have even spent a dime on the new staff. However, even though $17 million is a lot, Rabalais reports that LSU might do it anyway. There are a lot of boosters who believe that the connection between AD Joe Aleva and Miles. Alleva would not give John Chavis the contractual support that he had asked for, and Chavis ended up going out the door. 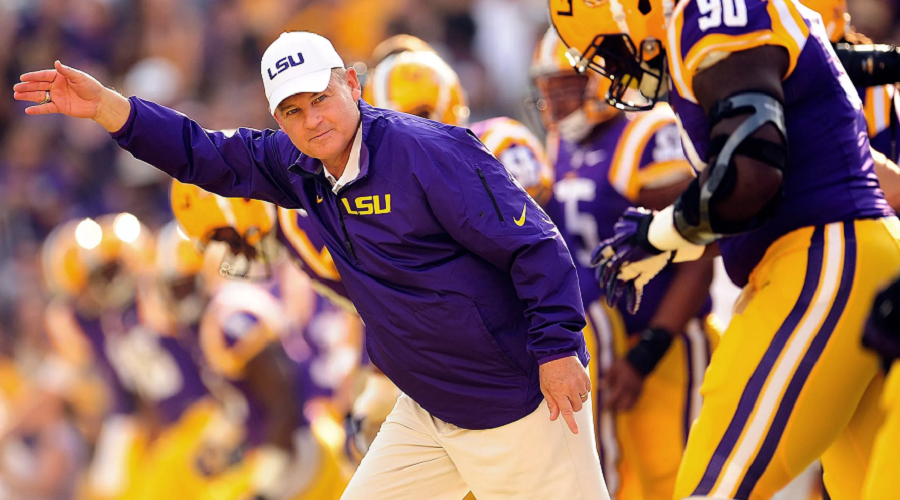 It hasn’t been that long (2011) since Miles had his team going 13-0 in the regular season and contending for the national championship. Since 2011, the team has won 10, 8, 8 and (so far) 7 games respectively. Is that enough to send a head coach packing in the Murderers’ Row known as the SEC West?It remains to be seen whether Alleva has the pull at LSU to fire the most successful head coach that the program has ever seen. Just three weeks ago, LSU was #2 in the country. So change is likely going to come to LSU. Whether that means a new AD, a new head coach or just some new assistants remains to be seen, but it will be interesting to see how this influences the team play in the last two games.
Older post
Newer post