NCAA Football Betting News
Week 4 in the 2015 NCAAF betting season saw some more agony in the kicking game for the University of Texas and another late collapse for the young University of Tennessee team. UCLA and Utah whipped Arizona and Oregon on the road to make early statements in the Pac-12 standings. So who were the week’s overall winners and losers? Let’s take a look.

Arizona led the football game for 2:21. After that, the Bruins took the game and ran with it. UCLA was missing three key defensive players but still rolled over the Wildcats, 56-30. Arizona turned the ball over three times to give the Bruins some short fields. Anu Solomon, the Arizona quarterback, had a head injury and left early. And so #9 UCLA had put the game against #16 Arizona away by halftime. Freshman quarterback Josh Rosen threw for two touchdowns and 284 yards.

The head coach of the University of Virginia is working his way through his schedule’s nonconference gauntlet. That’s right, the Cavaliers have played UCLA, Notre Dame, and Boise State in nonconference action. There are a lot of quality teams that would emerge from that beginning with an 0-3 record. Virginia is a rebuilding program trying to find its way under London, and so when Virginia lost 56-14 to Boise State, things are beginning to unravel. It’s good that Virginia got to play William & Mary, or they would be 0-4. However, they are 1-3, and London could be off to his fifth losing season out of six. If he doesn’t win the ACC Coastal Division this year, it’s likely that he will be looking for a job in the offseason.

No, that score from Eugene was not a misprint. Utah walloped Oregon, 62-20, and put itself on the map as a contender in the Pac-12 South, a division that most had thought would come down to USC and UCLA. Oregon had never given up that many points at home before, reports CBS Sports’ Jon Solomon. We knew that Utah’s running back Devontae Booker and quarterback Travis Wilson made for a solid running game. They carried the ball a combined 28 times for 198 yards – an average of over 7 yards per carry. The Utes also held Oregon to just 5.7 yards per play and took the ball away three times.

Loser: The University of Texas 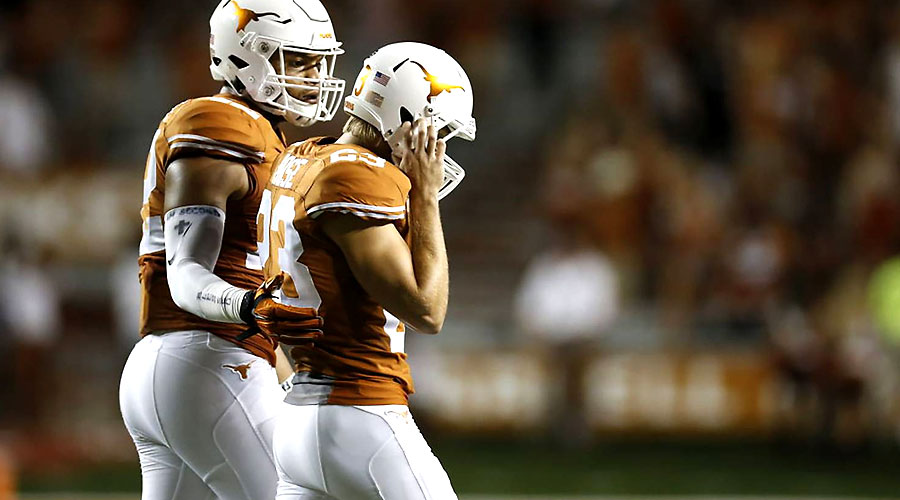 Last week, place-kicker Nick Rose hooked an extra point wide, and the Longhorns fell short of an amazing comeback against Cal, falling 45-44. This week, the Longhorns were tied late with Oklahoma State. Unfortunately, punter Michael Dickson dropped the snap and, in a panic, tried a punt with the wrong foot that ended up going for minus six yards. This gave the Cowboys the field position they needed to kick a late field goal and win, 30-27, instead of going to overtime. It’s true that these losses don’t really boil down to a single play, though. The Longhorn offense disappeared in the second half. Four of their eight drives went for negative yards. Head coach Charlie Strong even helped the Oklahoma State cause, getting a 15-yard unsportsmanlike conduct penalty that moved the Cowboys into range for their field goal that tied the game.
Older post
Newer post