NCAA Football Betting News
Let’s make one thing clear, when NCAAF betting fans see the name of any team ranked in the preseason among the worst in any given season, it’s not that there is a guarantee for that team to finish last, but rather a mere projection about how the team looks and a representation of what is analytically expected from them in the football betting lines. Often, surprises abound in the form of injuries, breakout stars, player regressions and sheer luck, among many other factors, eventually leading to some flips in the preseason predictions.

In a wildly competitive conference like the ACC, the chances of surprising climbs and drops in the rankings are even higher, but as always, the top and bottom of the conference tends to have more-or-less the same names, especially over the recent years. That being said, here are the teams expected to be worst in ACC this year:

The Eagles have a mountainous task in the bid to fly high in 2015, as they lost their star quarterback and are returning with a depleted offensive line that is missing several crucial pieces. Steve Addazio is still the right man for the team and his inspirational leadership will keep the team good to scare a couple of opponents, but there’s simply no way this team will be posting another 7-6 mark like last year, or even doing better than that.

Mike London will probably be coaching for his job in 2015 after getting nearly fired last year. On any other year, we’d be hopeful for a good season by the decently talented Cavs. Unfortunately, they have a tough conference schedule and a tougher non-conference schedule (including games against Notre Dame, Boise State and UCLA in September). Making matters worse, Matt Johns and Greyson Lambert were far from reliable at QB last year. So unless the two QBs find some form between them, the Cavaliers won’t be going above six wins in 2015.

In a couple of seasons, the Demon Deacons (3-9, 1-7 in 2014) will probably be challenging the .500 mark, but as far as 2015 is concerned, dreaming of such a performance would be overly ambitious. Coach Dave Clawson is doing a good job at changing the mentality in Wake Forest. Nonetheless, the team’s anemic offense from 2014 did not having many improvements, meaning another offensive struggle is likely. Therefore, even if the Demon Deacons will probably have another solid secondary, it will probably just see them improve to 5 wins, at best. 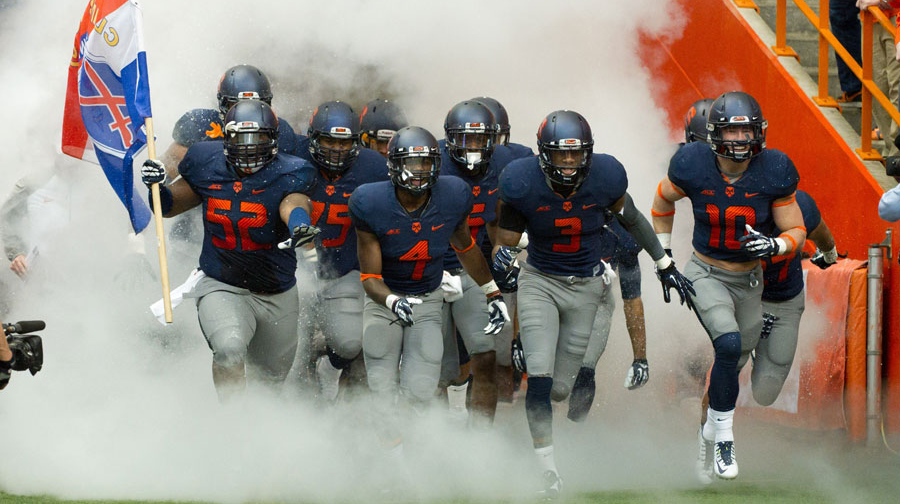 Though the Orange are returning with 11 starters, it’s hard to be expectant of a big season from the unit in 2015, as they managed just a 3-9 (1-7) record in 2014. With a 2015 schedule that includes Clemson and LSU visiting the Carrier Dome and a squad that still has many holes, it’s a long way to go for Syracuse. Of course, the return of Terrel Hunt should boost the offense, but that will perhaps still not be enough for the Orange, who will probably end up with a more-or-less same record like last year.
Older post
Newer post