NFL News and Rumors
If you love betting on pro football and you’re looking forward to the quickly-approaching 2015 NFL betting season, then you’re going to enjoy this MyBookie.ag original!Do you want to know which head coaches give their teams the best chances of winning and which ones often hurts theirs with poor decision-making, confusing clock management or an inability to get others to follow?In an ongoing effort to help our bankroll in early and often this coming season, I’ve ranked each and every head coach in the AFC as they get set for the coming season. With that said and training camps everywhere set to get underway any day now, let’s get started.

Whether you love him or loathe him (like I do), there’s no denying that New England Patriots head coach is the No. 1 coach in the AFC – and the NFL for that matter. At any rate, Belichick has led the Pats to a dozen consecutive double-digit winning campaigns and four Super Bowl titles heading into 2015 – and that makes him No.1. If you hate Belichick, Brady and the Pats organization, then you can take comfort in the fact that they’re always going to be remembered by many as cheaters. 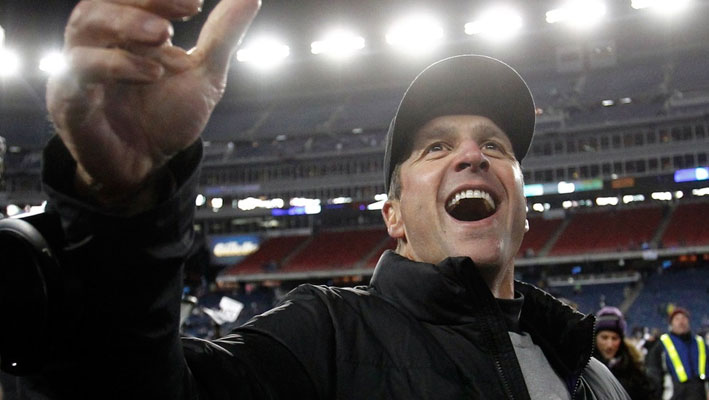 Since taking over as the head coach in Baltimore prior to the 2008 season, John Harbaugh has compiled a stellar 72-40 record (.643) while reaching the postseason a consistent six times in seven seasons. Harbaugh led the Ravens to the 2012 Super Bowl title and has made two other AFC title game appearances and three Divisional round appearances. Overall, Harbaugh is 10-5 in the postseason and as safe as it gets in the NFL coaching fraternity.

Mike Tomlin has been mostly masterful in compiling a fine, 82-46 record in eight seasons as the Steelers head coach. Tomlin has led the Steelers to the postseason five times while winning two AFC Championships and winning it all in 2008. The Steelers went 11-5 in 2014 and look like one of the best title contenders in the AFC heading into 2015. Tomlin is about as safe as it gets people.

Reid has been very good in leading K.C. to a pair of winning records in his two seasons leading the Chiefs. Andy Reid has gone 20-12 in two season as the head coach of the Kansas City Chiefs after leading Philadelphia to a fine 130-93 mark in 14 seasons as the former coach of the Eagles from 1999-2012.Kansas City went 11-5 in 2013 to reach the playoffs and 9-7 this past season to narrowly miss out on earning a postseason berth. Reid won the 2002 AP Coach of the Year award and has recorded 11 winning seasons and 10 trips to the postseason in 17 seasons as an NFL head coach., though he is just 10-10 in 20 playoff games including Philly’s heartbreaking 24-24 loss to New England in Super Bowl XXXIX in 2005.

Chuck Pagano is credited with having a 33-15 (.688) record in three seasons as the Colts head coach, but it was Bruce Arians that led the team for 12 games in 2012, so I say Pagano’s record is more like 22-10, but that’s good enough to get him the No. 5 spot in my AFC head coach rankings. Pagano has led the Indianapolis to the postseason in each of the last two seasons and enters 2015 with his team being one of the top favorites to reach the 2016 Super Bowl.

Marvin Lewis has compiled a solid 100-90-2 record in a dozen years as the Cincinnati Bengals head coach while making six postseason appearances, including four straight playoff berths heading into the 2015 NFL regular season. Unfortunately, Lewis has failed to win a single postseason game in a half-dozen tries – or else he’d be a bit higher on this list. 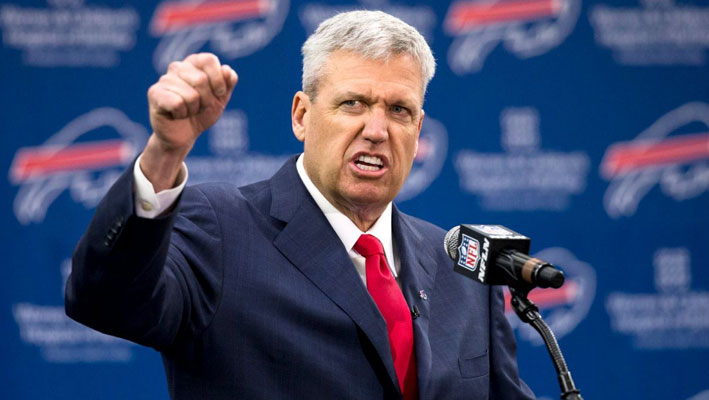 Ryan compiled an uninspiring 46-50 mark in six seasons as the head coach of the New York Jets the past six seasons, but never managed to win more than eight games in four straight seasons before being let go following the 2014 campaign. Ryan did help the Jets reach the AFC title game in each of his first two seasons with the Jets and will look to help the Bills reach new heights as he gets prepared for his first season in Buffalo.

Kubiak racked up a solid, 61-64 record in eight seasons as the head coach of the Houston Texans from 2006-2013 while leading the Texans to a pair of postseason appearances and a respectable 2-2 mark in the postseason. The former backup quarterback to legendary Broncos Hall of Famer and current president John Elway inherits a tea that is built to win – now!

Even though Todd Bowles is heading into his first full-time had coach job in the NFL, I’ve got a lot of belief that Bowles will succeed right away. The former Arizona Cardinals defensive coordinator went 2-1 in three games as the interim head coach for the Miami Dolphins in 2011 and has been wildly successful at myriad stops along the way to his first head coaching job in the NFL.

Bill O’Brien went 9-7 in his first season with the Houston Texans in 2014 – and that was with minimal production from the quarterback position. O’Brien previously held the titles of offensive coordinator, quarterbacks and wide receiver coach with New England from 2008-2011. O’Brien also went 15-9 in two seasons at Penn State in 2012 and 2013 and the crushing Jerry Sandusky scandal and is as well-respected as any ’new’ coach in the game today

Mike McCoy has been impressive in leading San Diego to a pair of 9-7 records in each of the last two seasons and could lead his Chargers team to new heights in 2015, thanks to the addition of rookie running back Melvin Gordon. McCoy has held a variety of positions as an NFL assistant, last working as Denver’s offensive coordinator/quarterbacks coach.

Ken Whisenhunt posted an underwhelming 45-51 record in a half-dozen seasons as the head coach of the Arizona Cardinals from 2007-2012 while reaching the postseason three two times and making one memorable Super Bowl appearance with legendary quarterback Kurt Warner leading the way. Whisenhunt will enter the 2015 regular season looking to improve in a big way on the two wins he led the Titans to a year ago in his first season with the Tennessee.

Jack Del Rio went 68-71 as the head coach of the Jacksonville Jaguars from 2003 to 2011 and that does suggest that he’s an average head coach at best. Still, Del Rio did manage to make two playoff appearances with the Jags during his tenure in Florida and I believe he’s the right man to lead the perennially pitiful Raiders in their latest rebuilding efforts.

Pettine had a solid first season in leading Cleveland to a respectable 7-9 record in 2014 – in an AC North division with three pretty much perennial playoff participants in Baltimore, Pittsburgh and Cincinnati. I was skeptical about Pettine heading into last season and I still have a few reservations, but hey, he’s already better than two of his conference counterparts.

Joe Philbin has compiled a mediocre 23-25 mark in three seasons leads me to believe he’s more mediocre than mighty as a head coach. More disturbing however, is the way Miami has collapsed late in each of his three seasons at the helm. I say this is Philbin’s last go ‘round if the Fins fail to win nine games.

Gus Bradley had a glistening resume as the former defensive coordinator for the Seattle Seahawks, but he’s looked nothing like a winner in his two seasons leading Jacksonville. Bradley led the Jags to four win in his first season in 2013 before taking a slight step backwards to just three wins last season. Bradley will carry an awful 7-25 record (.219) into the 2015 regular season and I believe he could be the first coach fired this coming season.
Older post
Newer post