NFL News and Rumors
Last year, New England’s Rob Gronkowski returned from an ACL injury to impact the team greatly in the NFL odds, earning himself a unanimous All-Pro and the 2014 NFL Comeback Player of the Year Award. In 2013, the Comeback Player of the Year Award went to Phillip Rivers after he recovered from a poor play in the previous year. 2013’s second-place finisher, Knowshon Moreno, returned from being banished as a former first-round pick to having a very good year in the league. So what really are the deciding factors for a player to win the award? Well, in the past, the comeback award was typically given to players who had recovered from major medical situations to having healthy and successful seasons. However, over the recent years, the voting dynamics have changed to accommodate a whole lot of other reasons such as recovering from long suspensions and bouncing back from funky years, with emphasis being made on a player having a strongly improved season and overcoming most adversity. Given that pattern, here are our predictions about the top candidates for the 2015 NFL Comeback Player of the Year Award:

Betting predictions for the 2015 Comeback Player of the Year

Returning from being suspended for most of last year due to domestic violence charges, Peterson is the hottest favorite to bag the award this year, with precedence of winning the award being set by the return of Michael Vick and Ben Roethlisberger, who were both accepted and rewarded by their league after getting involved in off-field trouble. Furthermore, the fact that Peterson is a transcendent running back and he will be operating with a young and promising QB in Teddy Bridgewater means that the RB is likely to witness a greatly successful comeback season.

After leading the Cardinals to a 6-0 start in 2014, Palmer suffered a season-ending ACL injury. With reports indicating that Palmer will be fully fit to go it strongly this season, he should be able to witness a good comeback in the NFL, considering he will be operating in stronger offensive line than last year. Plus, for a QB with a 13-2 winning record and a 27-12 touchdown to interception ratio in his last 15 starts, conventional wisdom indicates that 2015 should be a solid year for him, barring any major injuries.

After suffering a torn ACL injury in the NFC Championship game against the Seahawks during the 2013-14 season, Bowman was forced to sit out of the entire 2014-15 season. Entering the new season, Bowman is back as the primary inside linebacker for the team. With linebackers Chris Borland and Patrick Willis both retired, Bowman will be the heart-and-soul of the linebackers, and going by his great football IQ, awesome athleticism and the ability to take perfect angles all over the field, it would not be a surprise of Bowman records a solid season to bag this year’s award.

Despite exhibiting flashes of brilliance over his years in the NFL, Bradford’s influence in the league has been limited by on-and-off injuries, the last of those coming at the start of the 2014 season, which kept him out for the entire season. That notwithstanding, Bradford transferred from St Louis and is now in Philly, a place where he will be getting a different training regimen and a better O-line supporting cast that is likely to see him have a stronger and healthier season. Most notably, he will have running back extraordinaire DeMarco Murray to run the ball, while Chip Kelly’s passers have proven formidable, usually averaging around 4500 passing yards and 30 TDs per season, which should bode well for Bradford who boasts of strong arms and good pre-snap skills.

Considering the many linebackers that raised their games in 2014, it easy to forget that Alonso was one of the best LBs in the NFL prior to tearing his ACL while working out in Oregon and missing the entire 2014 season. In 2013, Alonso led the Bills with 159 total tackles, four interceptions, two sacks, two fumble recoveries and a forced fumble, which earned him the Pro Football Writers’ Association Defensive Rookie of the Year Award. If Alonso isn’t hampered by injuries in 2014, he’ll definitely be a dominant force in Philly’s defense, proving he is worth the trade that was done in the offseason, sending LeSean McCoy to Buffalo in exchange for him.

Like Alonso, CJ2K was a beast in 2012 but many may have forgotten about him now, considering we have the Murrays and the McCoys ruling the backfield scene. With his speed and great vision, Spiller topped 1,700 yards from scrimmage at a ludicrous 6.8 yards per touch in 2012, but has been marred by injuries since then. Now operating in Sean Payton’s run-heavy offense, Spiller has the opportunity to make his comeback, something we are sure he’ll take full advantage of and deliver a memorable year. 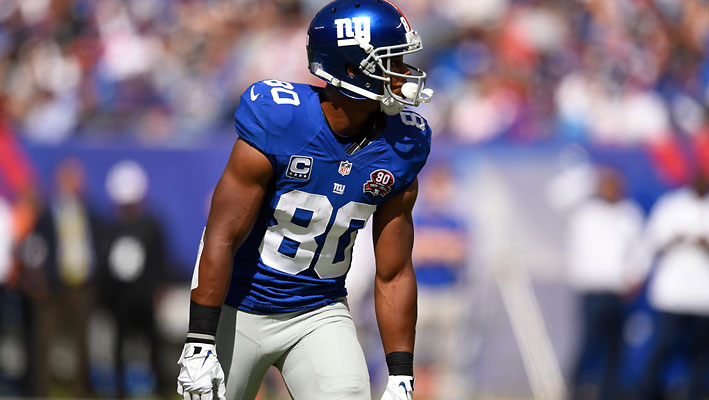 After posting 82 catches for 1,536 yards and nine touchdowns in 2011 and exploding for 1,000-plus yards and 10 touchdowns in 2012, Cruz has seen his numbers dip over the last two years, partially due to injury and less game time. If Cruz is fully healthy and his partnership with Odell Beckham Jr. blossoms as is anticipated in the Eli Manning-led Giants offense, putting up some big yardages and touchdowns should be in the books for him, with the possibility of strong contention for the award. Other Noteworthy Contenders for the 2015 NFL Comeback Player of the Year Award: Robert Griffin III (QB, Redskins), Sean Lee (LB, Cowboys), Darren MacFadden (RB, Cowboys), Nick Foles (QB, Rams), Colin Kaepernick (QB, 49ers), Jadeveon Clowney (DE, Texans), Jay Cutler (QB, Bears), Percey Harvin (WR, Bills), and Greg Hardy, (DE, Cowboys).
Older post
Newer post