If you’re an NFL betting enthusiast that is looking for more ways to winning wagers, then you’re in luck! Thanks to this fun-filled, yet informative, NFL betting breakdown you’re going to get some great insight into the ‘Nasty Nine’ losing bets on the 2015 NFL regular season docket. Again, if you’re looking for more ways than ever to break the bank as the 2015 offseason rolls along, remember, betting on consistent losers is as good as backing constant winners. Okay, with that said, let’s get started.

Tom Brady and the New England Patriots have been perennial Super Bowl title contenders ever since the Pats’ signal-caller took over as the unquestioned starter over a decade ago, but you should know that betting on the Pats as a huge favorite isn’t very wise. Sure, the Pats are a perfect 10-0 SU when they’re favored by eight points or more, but Tom Brady and company are also a dismal 3-7 ATS over their last 10 such games.

Miami Dolphins as an SU underdog

The Miami Dolphins may be a bit giddy about their offseason signing of perennial Pro Bowl defensive tackle Ndamukong Suh and the continued maturation of quarterback Ryan Tannehill (I’m not), but if you plan on betting on Miami in 2015, you should know the Fins are just 3-7 SU in their last 10 games as an underdog, though they’ve somehow managed to go 5-5 ATS over the span.

Washington Redskins as a Dog Too!

Tennessee Titans as a Dog!

The Tennessee Titans may have acquired Marcus Mariota with the No. 2 pick in the 2015 NFL Draft, but Ken Whisenhunt’s ballclub is a pathetic 0-10 SU and just 2-8 ATS in their last 10 games as an underdog.

If you didn’t know before… Now you do! Betting on road teams is generally a losing proposition NFL betting aficionados. You see, if you want to cash in on a high percentage of your SU Moneyline picks in 2015, keep it simple and back the home team to win outright far more often than not. Road teams went 113-153-1 in 2014 to compile a dismal 42.48 % win percentage that means if you simply bet on home teams in 2015, you’ll likely cash in on approximately a blistering 58 percent of your SU moneyline wagers.

You’ve probably heard of that old saying that goes…’keep it simple stupid’. Well, for NFL football betting, that simply means going with the smart wager more often than not and making bets based more on ‘hopes’ and ‘feelings’ like some bettors do too often.

One of the best and simplest NFL wagers you can make is to merely make most of your wagers on favorites. If you didn’t know, Underdogs went just 87-179-1 ATS in 2014, to pot a pitiful 32.71% win-percentage.

Road Dogs Have Even Less Bite!

In keep with the aforementioned theme on Underdogs, it’s good to know that road dogs were even worse than their home counterparts a year ago, posting an awful 58-124-1 record against their home favored opponents (31.87%). If ever there were a losing NFL wager, betting on road dogs too often would be it!

San Francisco 49ers as a Favorite

While the San Francisco 49ers have win six of their last 10 games as a favorite, I think NFL betting enthusiasts should use extreme caution when wagering on the Niners as favorites in 2015, seeing as how Frisco is just 3-7 ATS in their last 10 games as a fave and will move forward without super elite head coach Jim Harbaugh, the man that had turned them into a legitimate Super Bowl contender almost overnight.

San Diego as a Favorite 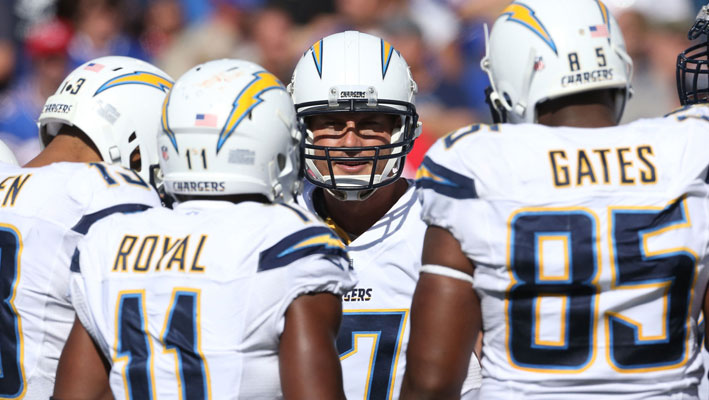 Philip Rivers and the San Diego Chargers may be 8-2 SU in their last 10 games as a favorite, but the Bolts are also just 4-6 ATS over the span, making them one a wager to mostly avoid or use extreme caution on in 2015.