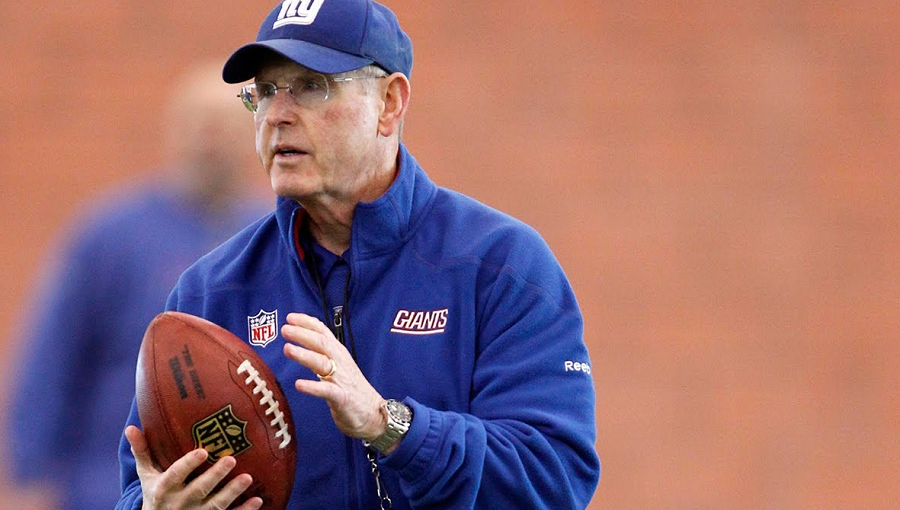 NFL News and Rumors
In an effort to help NFL betting fans to make some cash in early and often this coming season, I’m going to offer up a fun-filled, yet expert, ranking on each and every head coach in the NFC.With that said and training camps everywhere set to get underway any day now, let’s get started. 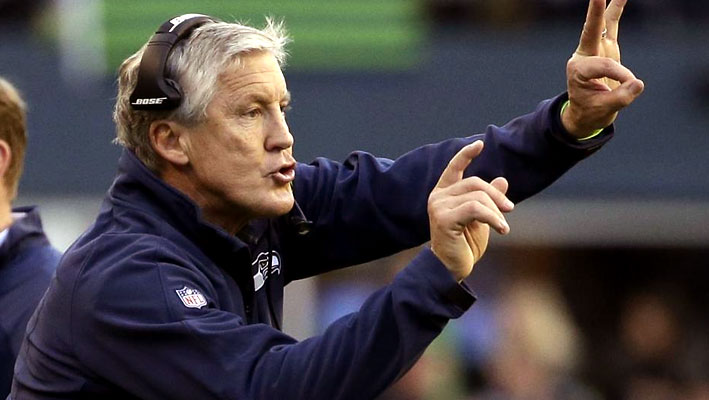 Carroll has compiled a stellar 50-30 record (.625) since taking over as head coach in 2010 while leading the Seahawks four playoff berths, three NFC West division crowns, a pair of NFC Championships and one Super Bowl title (which should be two).Whether you love the excitable player’s coach or not, Carroll has made an indelible impression in his second stint as an NFL head coach – and better yet – the NCAA can no longer call him a cheater. 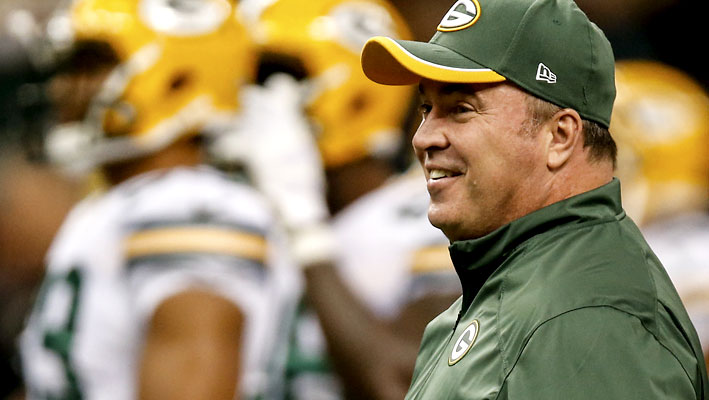 I think it’s absolutely ludicrous that you don’t hear Mike McCarthy’s name mentioned as one of the very best coaches in the game, because that’s just what he is. McCarthy has compiled an impressive 94-49-1 record (.656) since taking over in 2006 while leading the Pack to seven playoff appearances, five NFC North division titles, one NFC Championship and one Super Bowl title. Maybe it’s me…but McCarthy reminds me of a ‘silent killer’ much like as assassin – or in my case – high blood pressure. 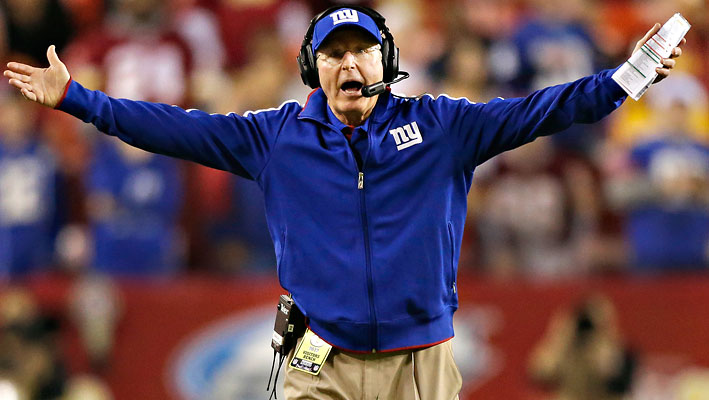 Sure, Tom Coughlin is near the end of his coaching career and it does seem like a long time since the Giants won their last Super Bowl title, but the fact of the matter is that Tom Coughlin has been mostly masterful in compiling a respectable 96-80 record since 2004 (.545) while leading the New York to five postseason appearances, three NFC East division titles, two NFC Championships, a pair of Super Bowl titles and a partridge in a pear tree.Coughlin also led the Jacksonville Jaguars to four straight playoff appearances in eight seasons, including two AFC Central Division titles and two appearances in the AFC title game. 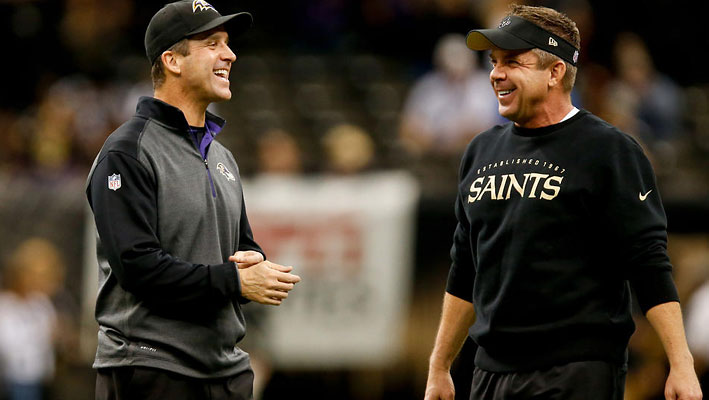 Sean Payton has gone 80-48 (.625) since taking over as the head coach in New Orleans in 2006 while leading the Saints to five playoff berths, three NFC South Championships, one conference crown and one Super Bowl title. Payton also has one AP Coach of the Year trophy in his mantle case. 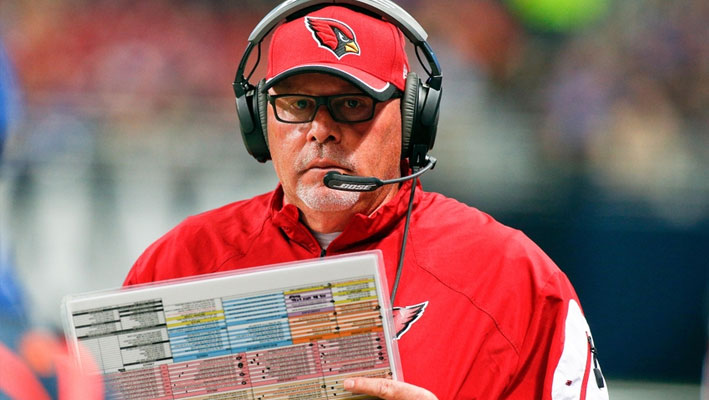 Since taking over as head coach of the Cardinals prior to the 2013 season, Bruce Arians has compiled a stellar 21-11 mark (.656) while leading his team to one playoff berth and bagging the 2013 AP Coach of the Year award. 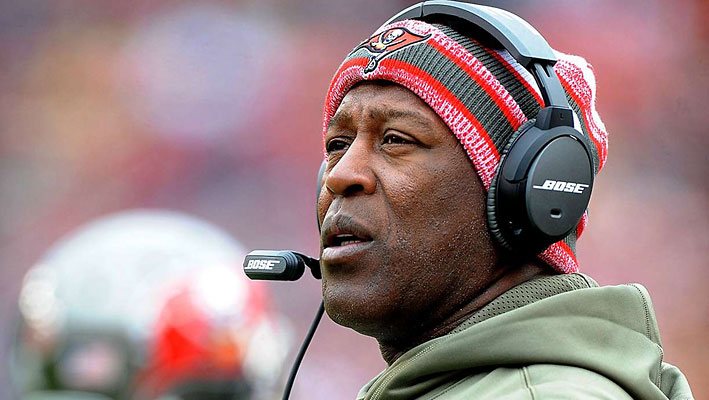 Lovie Smith went 2-14 in his inaugural campaign with the Buccaneers last season, but he’s got a solid pedigree as the former head coach of the Chicago Bears that makes him one of the best coaches in the conference in my estimation.Smith went 81-63 (.563) with the Bears and took them to the postseason three times, including one Super Bowl appearance. In nine seasons with the Bears, Smith led them to the postseason three times while winning three NFC North division titles. 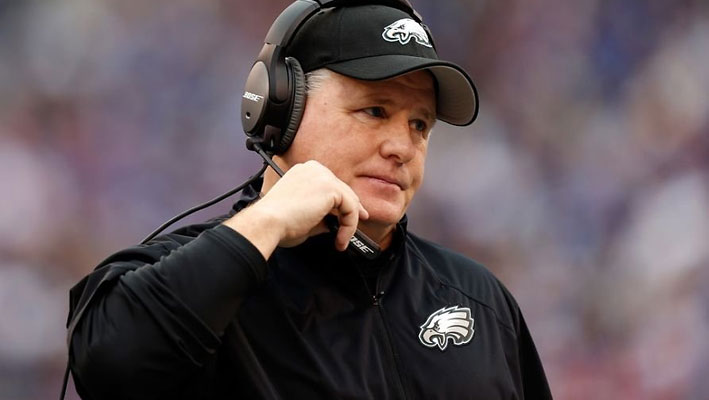 Former Oregon head coach Chip Kelly has used his explosive offensive system to compile an impressive 20-12 (.625) in two seasons leading the Philadelphia Eagles while winning one NFC East division title in his first season.Unfortunately, Kelly has also jettisoned several of the team’s most productive players like DeSean Jackson and LeSean McCoy while failing to settle on a quarterback heading into his third season. 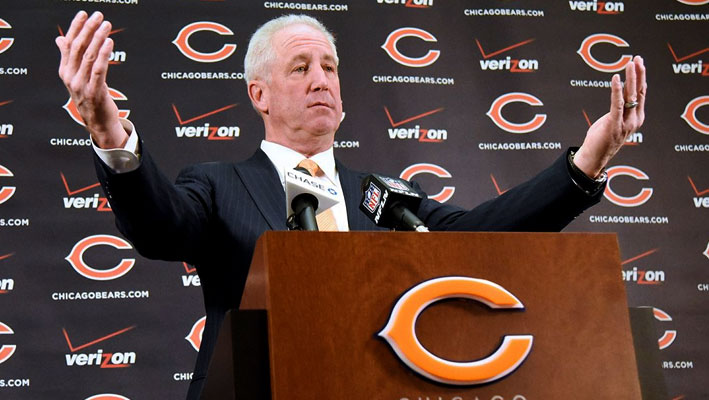 In nine seasons as the head coach of the Carolina Panthers, John Fox went 73-71 while winning two NFC South division titles and making three postseason appearances. As the head coach of the Denver Broncos the last four seasons, Fox went 46-18 in the regular season, but only 3-4 in seven postseason games, including their embarrassing Super Bowl XLVIII loss to Seattle in 2013. Overall, Fox is 119-89 (.572) and 8-7 (.533) in the postseason. 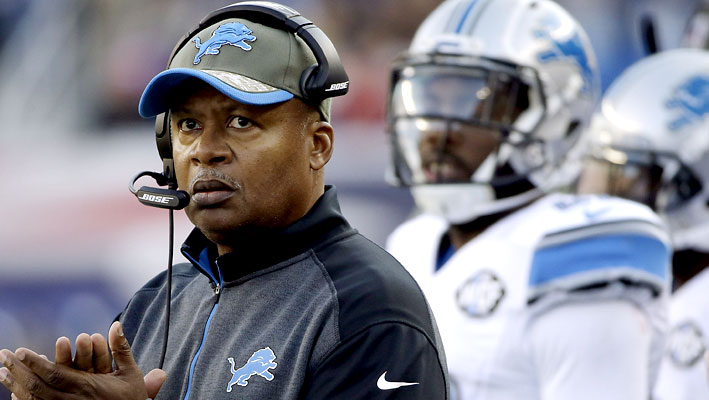 Caldwell went 26-22 in three seasons with Indianapolis and an impressive 11-5 in his first season with Detroit a year ago. In four seasons as a head coach, Caldwell has gone 37-27 (.587) and reached the postseason three times. Unfortunately, he’s also just 2-3 in the playoffs, including Indy’s Super Bowl XLIV loss to New Orleans in 2009. 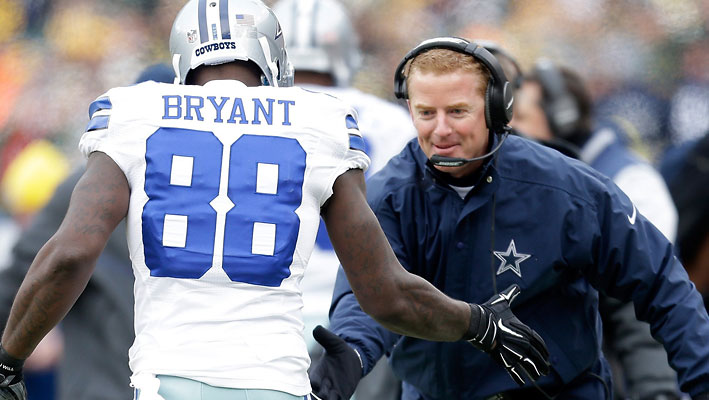 Jason Garrett has gone 41-31 (.575) since taking over as the head coach of the Dallas Cowboys in 2010 while making one postseason appearance and winning one NFC East division title this past season. 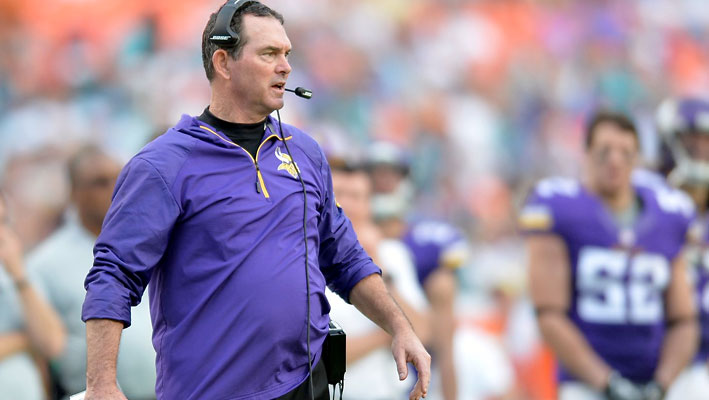 I thought Zimmer did a fantastic job in leading the Vikings to a solid 7-9 record in his first season with Minnesota in 2014 and I believe he’s got one of the brightest futures of any coach in the league right now, especially if the Vikings can ever put their never-ending Adrian Peterson saga to bed. 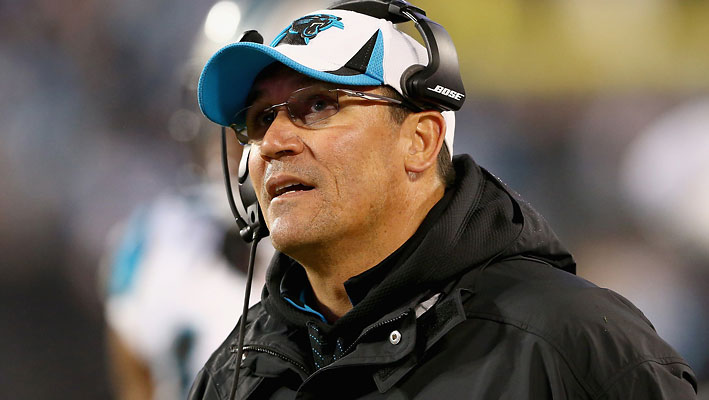 Rivera has recorded a respectable, 32-31 record in four seasons as the head coach of the Carolina Panthers while making two postseason appearances and winning a pair of NFC South division titles. Rivera is just 1-2 in the postseason and could be on the hot seat in 2015 if the Panthers get off to a slow start. 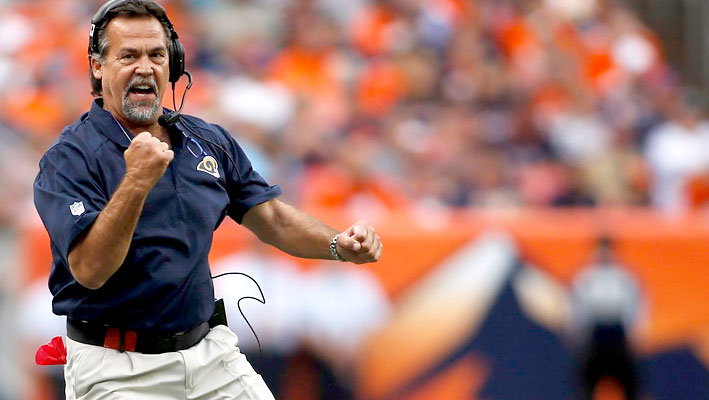 In 17 seasons as the head coach Houston Oilers/Tennessee Titans, Jeff Fisher went 142-120 (.542) while making six postseason appearances and winning three division titles. Unfortunately, Fisher’s teams went just 5-6 in the postseason, including their heartbreaking Super Bowl XXXIV loss to St. Louis. As the head coach of the St. Louis Rams the last three seasons, Fisher has gone 20-27 (.427) while never finishing higher than third in the NFC West. 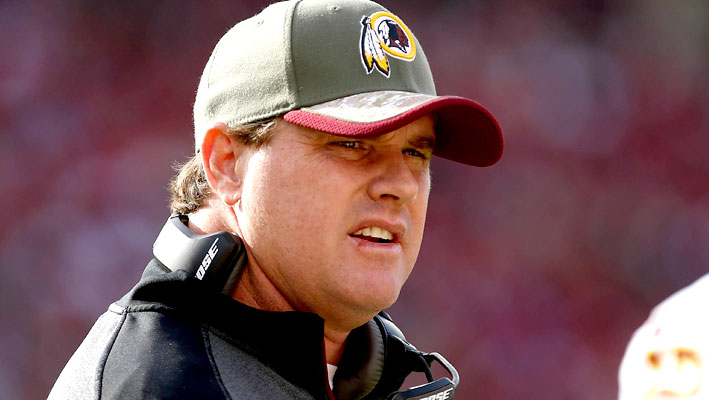 Jay Gruden went 4-12 in his first season with Washington a year ago (.250) and to be honest, I’m not sure he’s got what it takes to be a head coach, though time will tell. 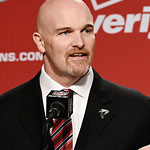 Quinn will take over as the head coach of the Falcons in 2015 after two seasons as head the Seattle Seahawks defensive coordinator the last two seasons. 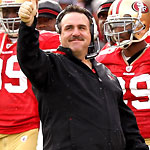 Tomsula is the surprise choice in San Francisco after acting as the team’s defensive line coach the last four seasons.