NFL News and Rumors
Opening night for the NFL betting season gets closer with each passing week. Let’s take a look at some of the major rumors floating around pro football over the past few days.The New York Giants are looking to sign quarterback Eli Manning to a long-term extension either ahead of or in the early phases of training camp. His current deal (six years, $97.5 million) is set to expire at the end of this season. According to NFL.com’s Ian Rapoport, he has talked to both sides and is optimistic about a deal getting done, which is a shift from March, when reports were that both sides were fairly far apart. The fact that Ben Roethlisberger just signed a five-year $99 million extension in Pittsburgh may have pushed the market in Eli’s favor. The New Orleans Saints appear to be ready to rely on first-round pick Brandin Cooks from 2014 as the focus of their offense, now that Kenny Stills and Jimmy Graham are playing elsewhere. According to NOLA.com’s Larry Holder, Drew Brees is likely to make Cooks his primary target, making him a threat similar in scale to Antonio Brown. As a rookie, Cooks caught passes at a 76.8 rate – league-best among wide receivers, hauling in 53 balls for 550 yards and three scores. His season ended early with a fractured thumb in Week 11, but he retains the elusiveness and pure speed to make secondaries pay.Russell Okung is heading into his last contract year in Seattle, and he plans to negotiate his next contract by himself –without an agent, according to an article that he posted in The Players’ Tribune. He plans to pay a legal expert a fee to read the contract for him once. It is not uncommon for rookies to negotiate their own deals, as Ereck Flowers and Matt Elam did, but veterans entering free agency almost never take this step. The way Okung writes indicates that he wants to get the most he can from the free agent market, which could make it hard for the Seahawks to keep their left tackle. Seattle has already inked a few big extensions and still have Bobby Wagner and Russell Wilson heading toward free agency. Okung was already making a big rookie contract (six year, $48.5 million), so the Seahawks won’t have much in the way of leverage in talking Okung down from a big extension.When the season opens, Baltimore tight end Dennis Pitta will likely be on the physically unable to perform list, writes the Baltimore Sun’s Aaron Wilson. Pitta sighed a five-year $32 million contract last offseason, but he dislocated and fractured his right hip in both the 2013 and 2014 seasons, missing a total of 25 games. There is some concern that Pitta might have the same injury strike him again, which would bring his career to a possible end. It looks like Pitta won’t appear until Week 7 at the earliest. 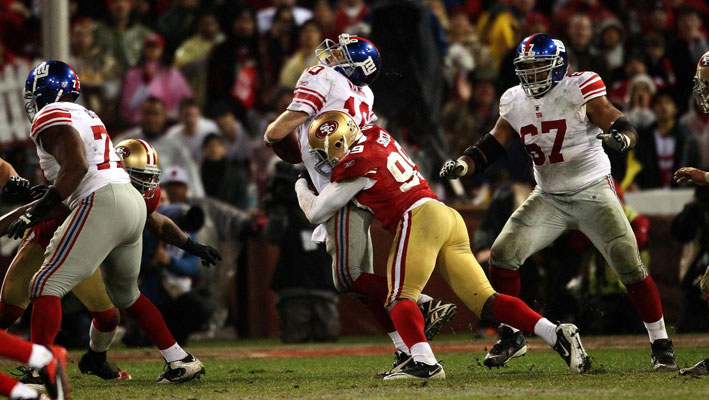 San Francisco and Denver may have a hard time extending the deals of linebackers Aldon Smith and Von Miller, according to John Clayton of ESPN.com. Since Justin Houston extracted a six-year, $101 million extension from the Kansas City Chiefs, the market has definitely shifted for linebackers. Miller is due $9.754 million this season and will become a free agent in 2016 – and Smith is in the same boat. This means that both linebackers could see their income rise significantly in 2016.
Older post
Newer post