NFL News and Rumors
Each and every season, a handful of teams in both conferences generally overachieve and exceed beyond even the most optimistic expectations while either finishing with an unexpected playoff berth – or a season that comes close to it.With the 2015 NFL betting regular season quickly approaching, this expert betting breakdown will highlight my top five AFC playoff sleeper candidates for the upcoming campaign. The only criteria for making this list are that each team not be considered a leading playoff candidate heading into the upcoming campaign.With that said and NFL training camps starting to heat up, let’s rock and roll.

Why they could surprise if…The Miami Dolphins could surprise and become a postseason participant in 2015 if, for no other reason, than the fact that they’re not very far from reaching that goal – even if they have been the ‘poster child’ NFL franchise for mediocrity the last three seasons.You see, while Ryan Tannehill and company have gone 8-8 in each of the last two seasons, following a 7-9 campaign in 2012, the Fins probably aren’t very far from becoming a playoff caliber kind of team – though they’ve got a bad case of ‘Dr. Jekyll and Mr. Hyde’ syndrome.Miami ranked 12th in total defense in 2014 and got a pair of stellar campaigns from Pro Bowl cornerback Brent Grimes and defensive end Cameron Wake (11.5 sacks), not to mention a fine season, from underrated running back Lamar Miller (1,099 yards). If the Fins can improve their 17th-ranked passing attack and improve their 24th-ranked run defense (they will thanks to the addition of Ndamukong Suh), then I can see the Fins possibly reaching the postseason. 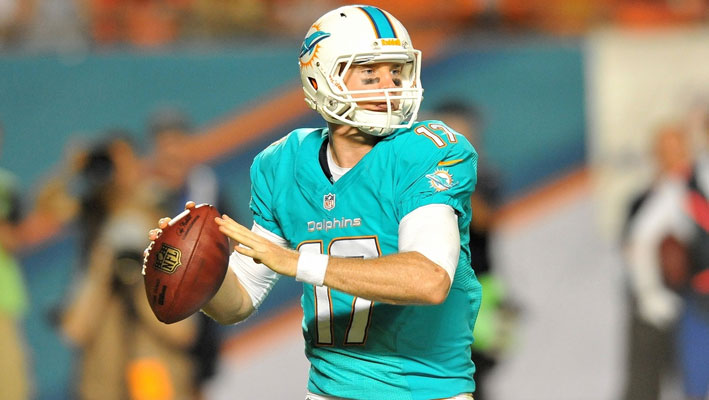 The likely scenario is…With just the 17th strongest schedule in the league in 2015, now is clearly the time for Ryan Tannehill and the Dolphins to take a significant step forward. Unfortunately, I’m not very sure that’s going to happen, particularly with the AFC East division rival Bills and Jets both set to field excellent defenses and improve right away under their respective first-year head coaches.In three seasons at the helm, head coach Joe Philbin has not been able to lead Miami to a record better than the 8-8 mark he’s posted in each of the last two years. Making matters worse is the fact that the Dolphins have made a habit out of collapsing late in the regular season. I love the addition of the athletically overpowering Suh, but he can’t help Miami’s bland offense score the ball. In the end, I think Miami wins another eight games this coming season to narrowly miss out on a postseason berth – for the seventh straight season. 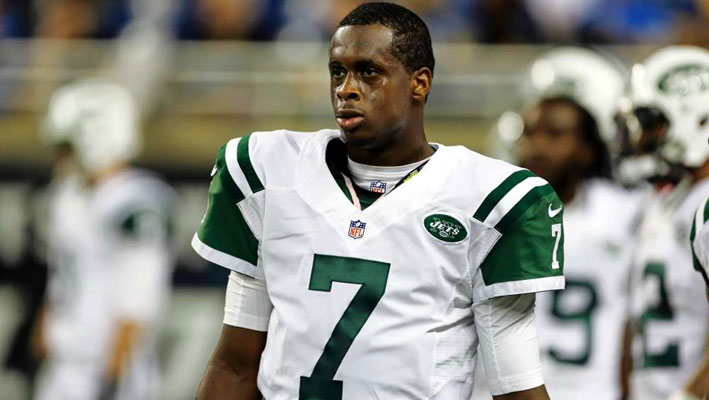 They could surprise if…They never, ever start pitiful quarterback Geno Smith!All jokes aside, I love New York’s hiring of former Cardinals defensive coordinator Todd Bowles and the additions of elite cornerbacks, Darrelle Revis and Antonio Cromartie and gifted rookie defensive lineman Leonard Williams and I believe the Jets are going to be very good right away on the defensive side of the ball under Bowles. 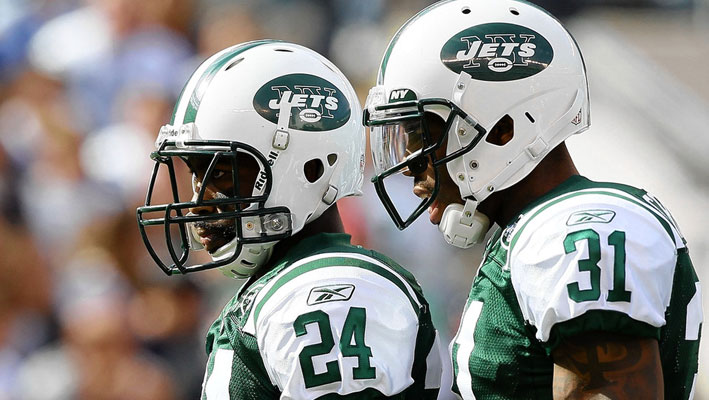 The likely scenario is…The Jets also added veteran wide receiver Brandon Marshall and rookie wideout Devin Smith, but I say none of that will matter if Geno Smith continues to play mediocre football. Every time I think Smith is ready for a breakthrough, the former West Virginia star spits out another two or three interceptions performance that ultimately costs his team the game. Still, after watching this team sink to the depths of a four-win campaign under Rex Ryan a year ago, I think it will be easy for the Jets to double that win total and finish 2015 with somewhere in the neighborhood of eight wins. 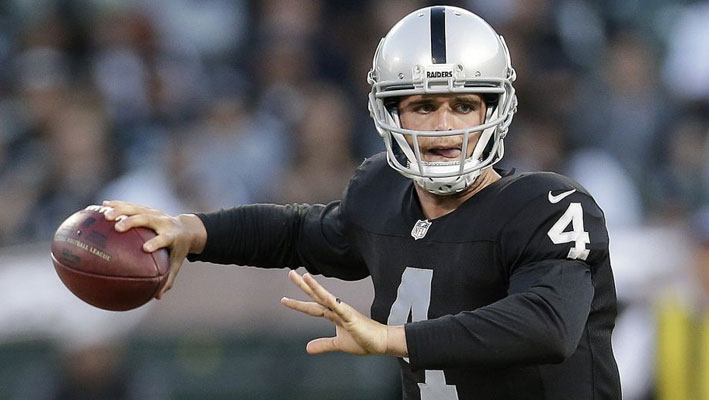 They could surprise if…The Raiders unearthed a real gem in quarterback Derek Carr and were extremely wise to draft supremely gifted wide receiver Amari Cooper with the fourth pick in the draft. I believe the pair could become one of the most potent duos in the game today, particularly if they can find a rushing attack to help improve their last-place rushing attack and provide some balance for an offense that clearly needs some. I also like Oakland’s addition of veteran NFL lifer Jack Del Rio as head coach and I believe he’s going to bring a no-nonsense approach to a young team that need direction and leadership in the worst way. I know these words haven’t been associated with the Raiders in eons, but it really is true. The sky is the limit for this once proud franchise. 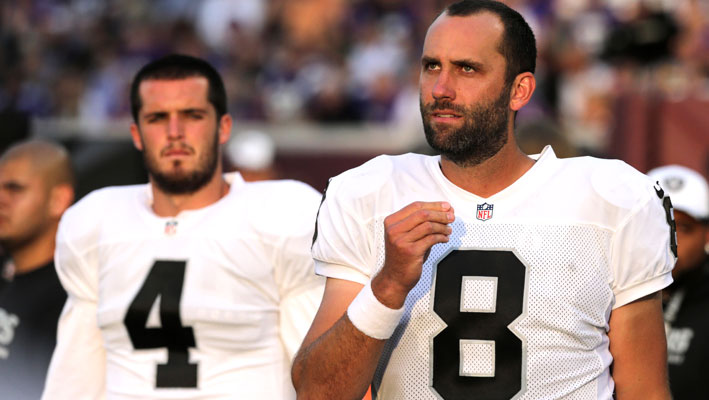 The likely scenario is…Having said that … I think the likely scenario for the Raiders in 2015 is that they double their win total at the very least and finish the 2015 season with a record that is close to 8-8. Oakland plays in a very tough division that produced three teams with winning records for the second consecutive season in 2014. While it’s not out of the question, I do believe reaching the postseason in 2015 is a big stretch for this rebuilding team right now. 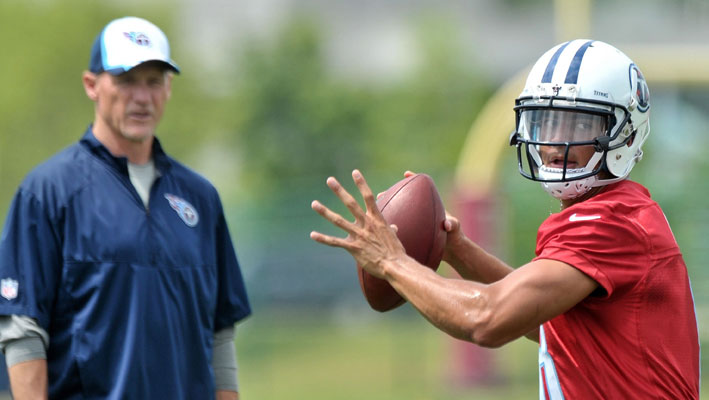 They could surprise if…Rookie quarterback Marcus Mariota comes in and proves he’s worthy of being the second overall pick in this year’s draft and the team’s porous defense comes together like a good stew.The Titans will be heading in the right direction if Mariota turns out to be a franchise quarterback and I believe he will. Tennessee also needs some other things to happen on the offensive side of the ball like getting solid production out of their running backs, but that’s not a given if you ask me, seeing as how I’m not sold on either Bishop Sankey or backup David Cobb.I do think Tennessee’s defense will improve dramatically this season because of the addition of widely-respected defensive genius Dick LeBeau, though I’m not very impressed with the Titans’ efforts in free agency. 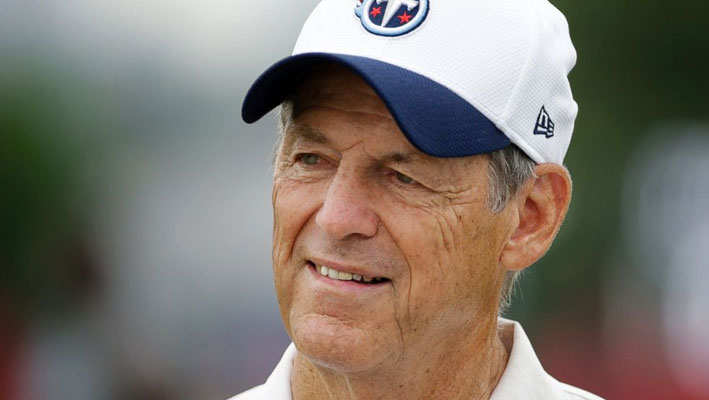 The likely scenario is…The most likely scenario for Tennessee is that they will likely triple their in total from a year ago to six or seven victories at most. Having said that …let me also say that the Titans simply have too many needs to address in one offseason, although I think they got their biggest need filled by drafting Mariota. I believe the Titans could be very relevant in a couple of seasons if they can put the right players around Mariota, but we all know that if ‘if was a fifth’ we’d all be drunk. 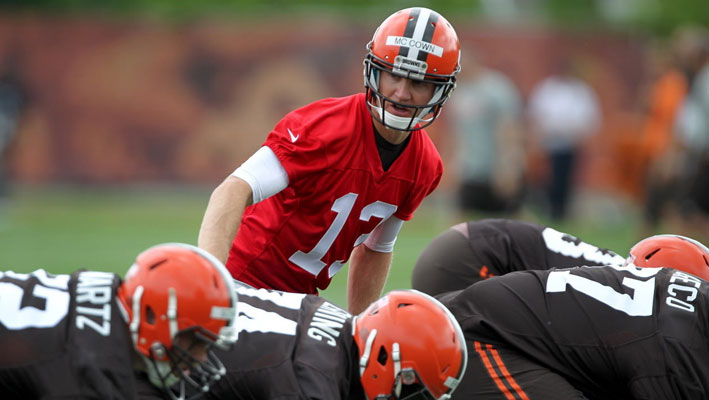 They could surprise if…Josh McCown has a monster season, the running back-by-committee approach succeeds and the newly acquired wide receivers Dwayne Bowe and Brian Hartline make an impact, a Browns team that won seven games a year ago could surprise and reach the postseason in 2015. Sure, I know the trio of aforementioned events actually taking place is asking a lot, but again, this is a team that has boatloads of talent on defense and one that managed to win an impressive seven games despite playing in what I believe is the toughest division in the NFL. 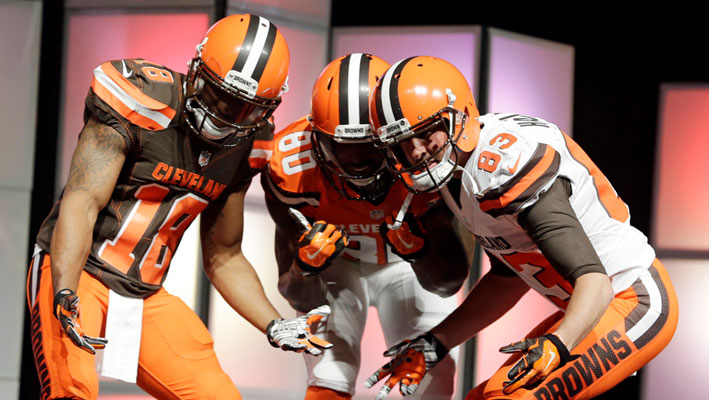 The likely scenario is…While the Browns appear to have put together a knowledgeable ownership and front office group, the fact of the matter is that they reside in a division that features three perennial playoff participants/contenders in Baltimore, Cincinnati and Pittsburgh.Having said that…I think it’s going to be extremely difficult for the Browns to reach the postseason in 2015, particularly with all three of their AFC North division rivals entering the new season with absolutely legitimate postseason expectations.Depending on how well Josh McCown and the Browns’ offense performs this season, I’m expecting Cleveland to win somewhere in the neighborhood of seven or eight games while finishing last in the AFC North in 2015. Sources:CBSSports.com: http://www.cbssports.com/nfl/eye-on-football/25066031/2015-nfl-strength-of-schedule-steelers-at-no-1-falcons-at-no-32Cleveland.com:http://www.cleveland.com/browns/index.ssf/2015/08/josh_mccown_has_his_best_day_o.html
Older post
Newer post