NFL News and Rumors
NFL betting fans knew that one of the Dallas Cowboys’ biggest offensive stars was already on the bench to start Sunday’s game, as wide receiver Dez Bryant was already slated to miss at least four weeks because of a broken bone in his foot. A little more than halfway into the Cowboys’ Week 2 game against the Philadelphia Eagles, and the Cowboys were missing another big star, as Tony Romo ended up breaking his left collarbone on a sack.

Even so, it didn’t matter, as the Cowboys’ defense shut down the new-look offense of the Philadelphia Eagles – which featured DeMarco Murray, who led the NFL in rushing with Dallas last season – and cruised to a 20-10 victory that actually was less competitive, but the Eagles scored a late touchdown to make things look a little more respectable.

Which Team Had What It Takes to Beat the NFL Odds?

So how did Murray do this week? He had a grand total of two yards on 13 carries. Quarterback Sam Bradford, who came to Philadelphia in a trade during the offseason, fumbled a shotgun snap and threw an interception, both in the fourth quarter, to go along with an earlier interception in the end zone. Philadelphia only had 21 total yards in the first half and ended up with 226, thanks largely to a pass-first emphasis that the desperation of being behind made a necessity. 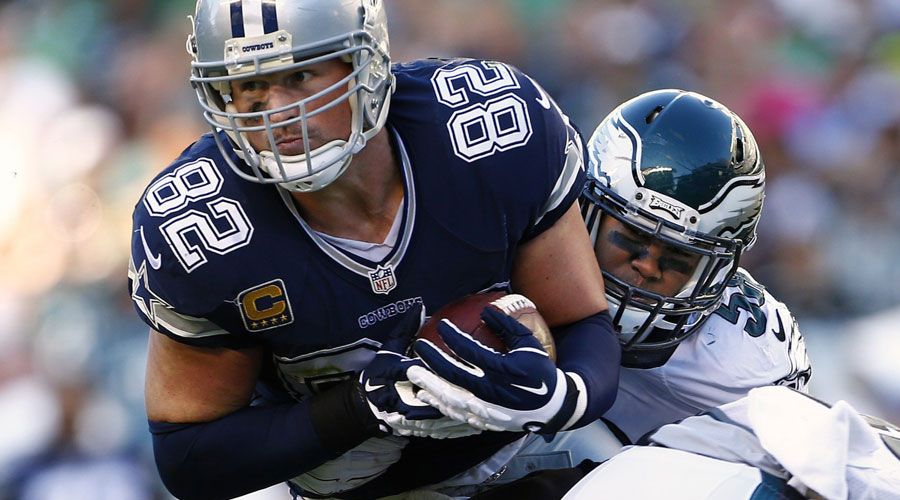 The Eagles had been picked by many coming into the 2015 season to win the NFC East, but after losses to Atlanta and Dallas, it looks like it will be a struggle for Philadelphia even to consider qualifying for the playoffs. As coach Chip Kelly told ESPN, “We have to get it figured out. We let a good defensive effort go for naught. Nothing worked.” On the Romo sack, the Eagles recovered a fumble and drove all the way to the Dallas 3, before Bradford threw that end zone interception. The Eagles had another big break when Cowboys tight end Gavin Escobar fumbled the ball after catching a pass from backup quarterback Brandon Weeden. Malcolm Jenkins scooped up the loose ball and took it all the way to the Dallas 30. However, the very next play saw Bradford drop that shotgun snap, and the Cowboys’ Nick Hayden fell on the ball. Offense was a struggle for both teams throughout the first half, as the Cowboys only led 6-0 at the half. The Eagles did not have more than four plays on any offensive possession in the first half. Early in the third quarter, Danny McCray blocked Eagles punter Donnie Jones’ kick, and the Cowboys returned it for a touchdown to go up 13-0. Many Cowboys fans have been very nervous about the prospect of Brandon Weeden having to direct the offense. Tony Romo missed a game last season after fracturing some bones in his back, and Weeden struggled mightily in his lone start, looking very ineffective as the Cowboys fell to Arizona. However, Weeden went 7 for 7 in his time against the Eagles and threw a nifty slant to Terrance Williams for a 42-yard score. Now the Eagles are 0-2 for the first time since the 2007 season. The Cowboys, meanwhile, have won four in a row in the City of Brotherly Love.
Older post
Newer post