NFL News and Rumors
If you’re looking to give your annual NFL betting bankroll a big-time boost, then you’re going to enjoy the expert betting analysis that you’re about to get on the value-packed 2016 NFL Odds To Win The AFC Championship.From the top contenders to the pretenders and also-rans, you’re going to find out just which teams stand the best chance of bringing home the bacon as this year’s AFC champion.With all of that said, let’s get started.

.@bosweiler17: “Woulda, coulda, shoulda — who knows? Peyton is going to start in the playoffs. And that’s something I support.”

The Broncos (12-4) are favored to win the AFC but they’re certainly not a lock – and I don’t think any one team is this season. Still, the Broncos have an outstanding defense that could be the primary reason they win the AFC this season. Denver ranked first overall in total defense, first against the pass, third against the run and fourth in points allowed (18.5 ppg). Believe it or not…the big question for the Broncos this postseason is whether or not they’ll get competent play out of either Peyton Manning or Brock Osweiler this postseason. Still, the Broncos are undoubtedly worth the wager here.

New England (12-4) may have recorded a fantastic 12 wins during the regular season, but the Patriots are clearly not firing on all cylinders as they limp into the postseason having lost their final two games and four of their last six games overall. Let’s put it this way…Tom Brady and company failed to beat the pitiful Miami Dolphins in their 20-10 regular season finale even though they had a chance to wrap up home field throughout the AFC playoffs. Maybe it’s me, but I just don’t see the Pats representing the AFC in Super Bowl 50. I say save you money on the Pats with this wager!

The Steelers (10-6) have their own health issues with Le’Veon Bell out and backup DeAngelo Williams nursing an ankle injury, not to mention the fact that their defense has been unusually generous this season. In spite of all that, Pittsburgh is a team that no one really wants to face right now, mostly because they can score the ball like a pinball machine, thanks to their third-ranked passing attack and fourth-ranked scoring offense (26.4 ppg). From where I’m sitting, I can definitely see Pittsburgh both reaching – and winning – the AFC crown this season. At +450, they definitely are deserving of a wager. 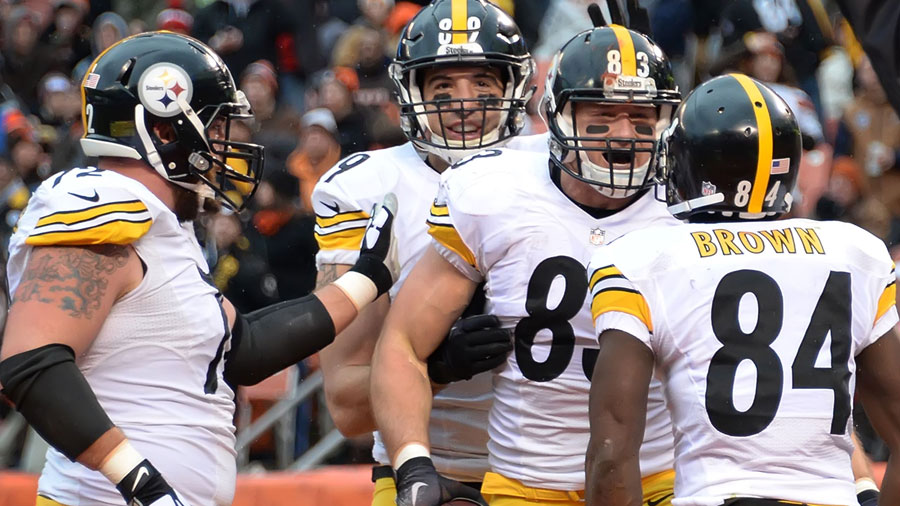 Not only has Kansas City (11-5) won an insane 10 consecutive games heading into the postseason, but they’re also my No. 1 longshot pick to bring home the Super Bowl bacon! The Chiefs are well-balanced with the ninth-ranked scoring offense (25.3 ppg) and third-ranked scoring defense (17.9 ppg). Kansas City has a veteran quarterback that doesn’t turn the ball over and one that is now much more than just a ‘game manager’ in my estimation, not to mention a defense that has three Pro Bowlers. At +700, I say the Chiefs are worth the NFL Futures Odds wager here.

I had really high hopes for Cincinnati (12-4) this season, but the fact of the matter is that their postseason is likely going to get derailed (again) not because Andy Dalton is playing, but because he isn’t. The Bengals have struggled mightily on offense in three full games and one relief appearance by backup signal-caller A.J. McCarron. The Bengals were held to 17 points or less in each of their final three games with McCarron running the offense and that’s just not going to get it done in the postseason.

I really admire the fact that Houston Texans (9-7) coach Bill O’Brien has been able to record consecutive nine-win seasons despite the fact that he’s never had a ‘real’ quarterback to run his offense. Having said that… let me also say that it’s easy to come to the conclusion that, despite their phenomenal defense (19.6 ppg, 8th) the Texans won’t go very far in the playoffs because of their offensive struggles. Houston ranked 22nd in scoring during the regular season (21.2 ppg) and will get bounced out of the playoffs by some team that has a better starting signal-caller than the mediocre Brian Hoyer.
Older post
Newer post