NFL News and Rumors
Shaken by a flurry of tumultuous offseason changes in the coaching and player ranks, the San Francisco 49ers are a team in transition, having an uphill task ahead of them to rebuild a unit that can compete in the upcoming NFL season. For some, the changes in San Francisco were well-warranted and come the new season, the Niners will be reaping the benefits of a refreshed unit. For others, however, the shakeups in San Francisco were excessive and somewhat ill-planned, which is likely to make them more dysfunctional than the 2014 squad that could only master an 8-8 record.Should the 49ers fraternity be hopeful of a bounce-back season under new head coach Jim Tomsula, or should they expect the ghosts of Jim Harbaugh’s dead tenure in San Francisco to come back and haunt them? Read on as we give a breakdown of matters 49ers and their deserving place in this year’s NFL odds:

One Too Many Changes in San Francisco 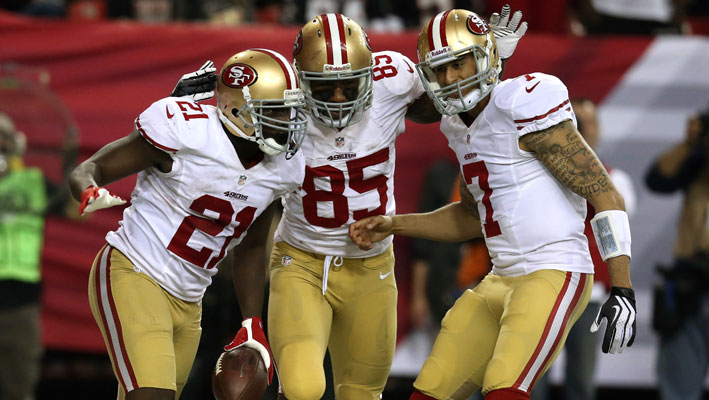 Often, team rosters are strengthened by giving a chance for young squads to grow and become stars, signing a couple of proven players, while ensuring that you have veterans that can guide the team through their vast playing experience. Basically, that’s why the majority of good or great teams in the league have balanced rosters that blend a variety of players with different skills and ages. Unfortunately, the case of San Francisco is one that has no balance at all, with most of the team’s proven stars and veteran players leaving the team, and in their place, the management brought in rookies and iffy free agents.Naming a few, the Niners lost All-Pro linebacker Patrick Willis, All-Pro defensive tackle Justin Smith, All-Pro punter Andy Lee, starting linebacker Chris Borland, guard Mike Iupati, cornerback Chris Culliver, San Francisco’s All-time leading running back Frank Gore and standout wide receiver Michael Crabtree in this offseason. As replacements, the only noteworthy talents they team got from the offseason are WR Torrey Smith, RB Reggie Bush and tackle Darnell Dockett.And as if the roster changes are not troublesome enough, the 49ers failed to hold on to Harbaugh, the man who led them to 49-22-1 record (including the playoffs), a couple of divisional titles and impressive double-digit seasons of 12-4, 11-4 and 13-3 in the years preceding the 2014. After a season full of wrangles with the front office, Harbaugh was fired early this year. The team also let go of veteran defensive coordinator Vic Fangio. And rather than bring an experienced coaches in these positions, the Niners hired the inexperienced Tomsula as the head coach, with Steve Logan heading taking new responsibilities as the new quarterback coach and Geep Chryst getting a new job as the team’s offensive coordinator. 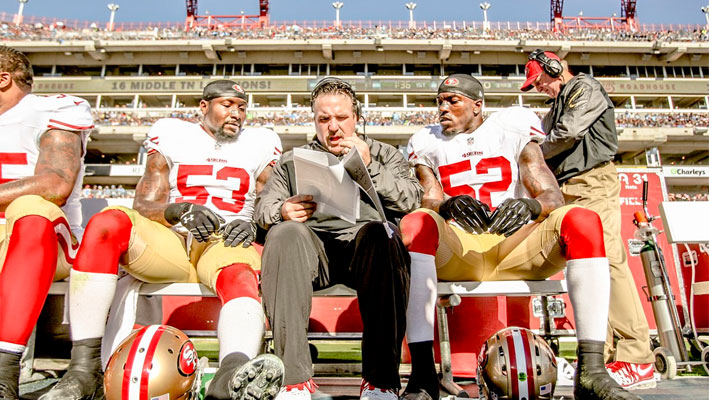 In all fairness, Tomsula and his coaching staff are talented enough to transform the team if given sufficient time. Also, the new players who’ve been added to the Niners team could acclimatize to new system and become success stories in a couple of years. But in regards to the 2015 NFL season, there is a more likelihood of the transition lessening their chances of success, as has been the case in most rebuilding teams.A good example is during the 2003 season when San Francisco 49ers head coach Steve Mariucci (who had a decent run with the team between 2001 and 2002) was fired and replaced with the inexperienced Dennis Erickson. In his time as the head coach in San Francisco, Erickson struggled mightily with the roster changes he made, culminating in a 2-14 (6-10 ATS) record in 2004 that saw him kicked out of office.Erickson was replaced by Mike Nolan, who was in turn replaced by Mike Singletary. Both coaches lacked sufficient head coaching experience at high levels of football, which led to their failure. It was only until the Niners hired Harbaugh in 2011 (after his excellent coaching run at Stanford) that the team was able to witness a good measure of success. And with Harbaugh now gone and replaced with another unproven coach in Tomsula, the cycle of regression is about to begin and it won’t stop until the Niners get the right person for the job. If you are wise, better take heed and fade them off in your 2015 NFL picks. 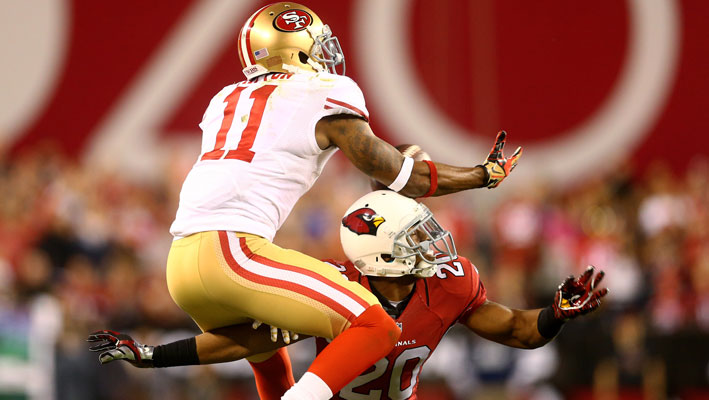 The Niners, even with a bit of some positives in their offseason trades, have invaluably lost a lot of talent in their squad, while the coaching changes are also likely to affect them. It is therefore difficult to see the team finishing anywhere above the .500 mark, particularly with Seattle, Arizona and St. Louis looking all fired up for the season. So, at best, a 7-9 record looks most likely for the Niners, as they finish dead-last in the NFC West and miss out on the playoffs. Essentially, this means that your best pick for the 49ers in 2015 is to go for an UNDER 7.5 (-210, MyBookie.ag) in the NFL lines for the 2015 regular season team total wins. Sources:NFL.com: http://www.nfl.com/teams/profile?team=SFESPN.com: http://espn.go.com/nfl/coaches/_/id/17588/mike-singletary
Older post
Newer post