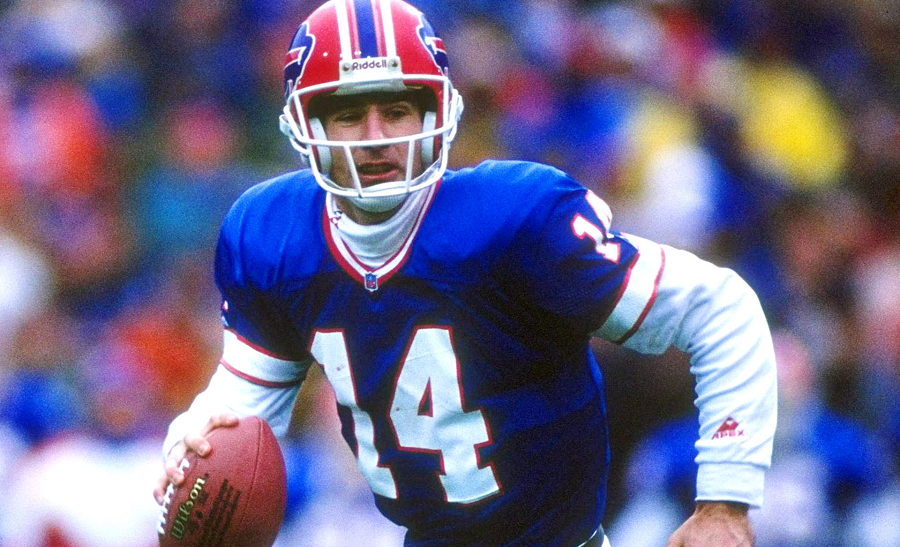 NFL News and Rumors
There’s an age-old old football adage that goes…’Show me who your backup quarterback is and I’ll show you how good your team really is’. Well, when it comes to stepping in to replace a banged-up or ineffective starter, no one did it better than these selected list of  backup quarterbacks that were able to defy the NFL odds and lead their teams to victory lane.Each of these signal-callers had the talent to succeed as starting quarterbacks, but apparently saved their best football for coming off the bench as indispensable backups. With that said, let’s get started.Ty Detmer was a tiny guy with a big heart who lasted 14 years in the NFL and played for six teams. Detmer backed up Brett Favre in Green Bay and took over in Philadelphia a few years later after starting quarterback Rodney Peete went down with a knee injury. Detmer led Philly to the playoffs and spent a season as backup to Steve Young in San Francisco while playing in a total of 54 games (25 starts) and throwing 34 touchdown passes and 35 interceptions. 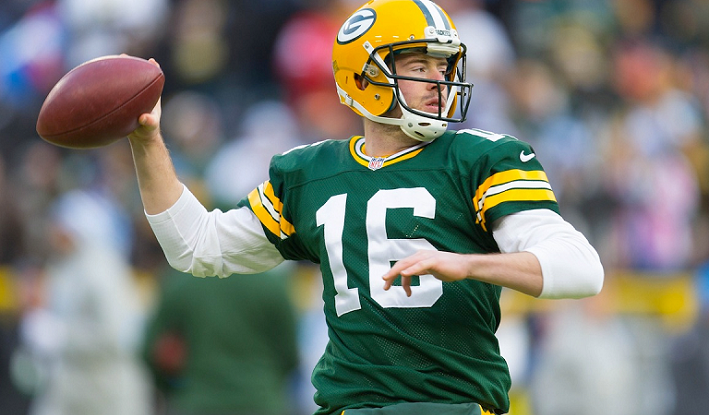 You may not remember Bono very well, but I do and the career backup did a very good job in backing up some of the greatest quarterbacks in league history like Joe Montana, Steve Young, Brett Favre and Kurt Warner. Bono played 14 seasons in the league and threw for 10, 439 yards with 62 touchdowns and 42 interceptions while playing in the 1995 Pro Bowl. 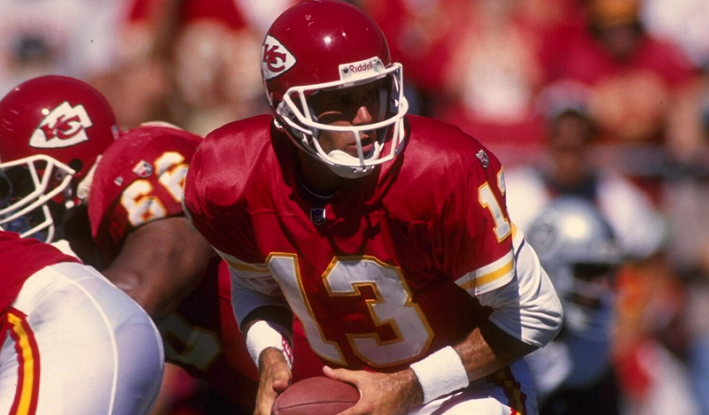 Reich only made 20 starts in his 13-year career but when he got in games, he played like an experienced starter – and often, like a Pro Bowler. While Reich only passed for 6, 075 yards in his career with 40 touchdowns and 36 career interceptions, he also put on one of the most memorable performances in NFL history.In a 1993 AFC Wild Card playoff affair between the Buffalo Bills and Houston Oilers, Reich came off the bench for Houston to lead them all the way back from a 35-3 third quarter deficit to beat the Bills 41-38 in overtime and complete what still stands as the largest comeback in NFL History. 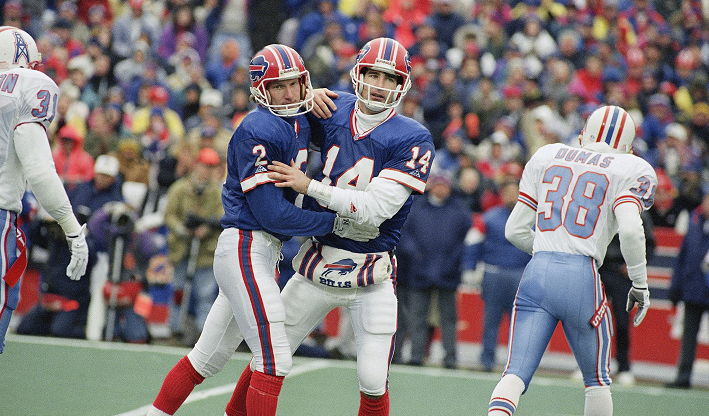 The 5-foot-10-inch, 180-pound Doug Flutie played 13 seasons in the NFL and threw for 14,715 yards with 86 touchdowns and 68 interceptions in a career that saw him earn a Pro Bowl berth and Comeback Player of the Year honors in 1998. 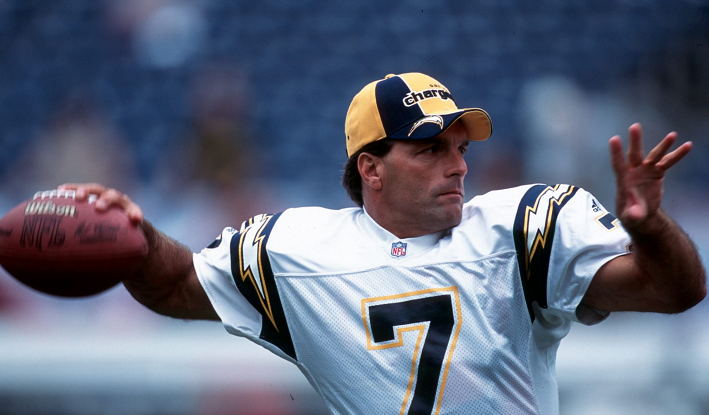 That same season, Flutie replaced ineffective and eventually injured, starter Rob Johnson with the Bills in the midst of an 0-3 start. The Boston College Heisman Trophy winner led the Bills to amazing fourth-quarter comeback against the Colts in his first start the following week before going on to take Buffalo to a surprising playoff appearance.Steve DeBerg played a whopping 19 seasons in the NFL from 1978-1998 and threw for 34, 241yards with 196 touchdowns and 204 interceptions. DeBerg backed up both, Joe Montana and John Elway in a stellar career that spanned two decades. 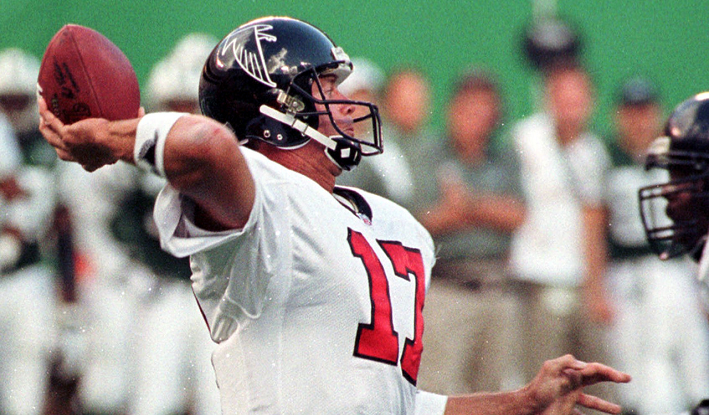 DYK Moment!Did You Know that former Tampa Bay Buccaneers and Washington Redskins quarterback Doug Williams started just two regular season games before leading the Redskins to the 1987 Super Bowl title?The Giants drafted Jeff Hostetler in the third round 1984 as a backup for Phil Simms and although the former Penn State star didn’t see much playing time the next five seasons, that would change dramatically in 1990 when Hostetler would replace an injured Sims late in the regular season with New York sitting with a fine 11-2 record.Hostetler took over for Sims and the rest is history as he led the G-Men to victories in their final two regular season games before leading them to a stirring victory over the Buffalo Bills in Super Bowl XXV. 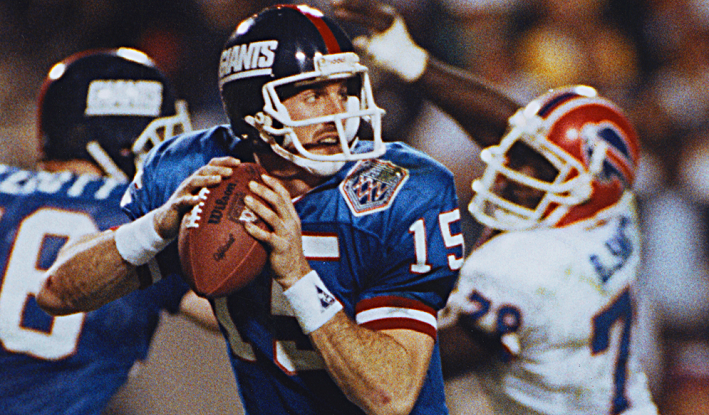 Hostetler would go on to remain New York’s starting quarterback for two more seasons before moving on to Oakland and closing out his career with Washington. Along the way, Hostetler finished his career with 16,430 passing yards to go along with 94 touchdown passes and 71 interceptions.The No. 1 overall pick by the New England Patriots in the 1971 NFL Draft, Jim Plunkett won the Rookie of the Year award in his inaugural NFL campaign, though he would go on to struggle mightily over the next six seasons. After being traded to Oakland in 1978 as a backup, Plunkett would go on to replace starting QB Dan Pastorini in 1980 after he broke his leg. 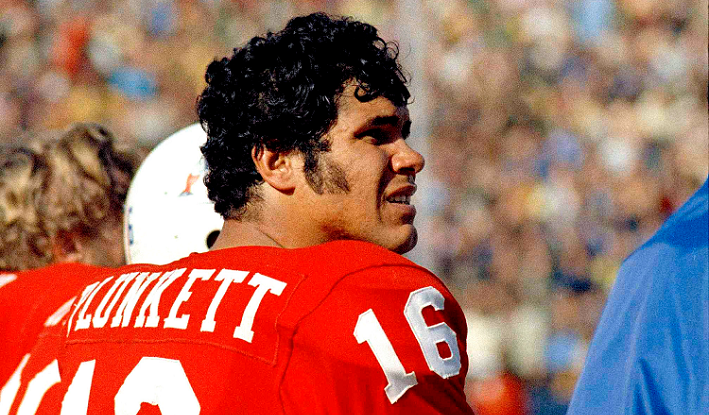 After throwing a whopping five interceptions in his first game, Plunkett ended up leading the Raiders all the way to Super Bowl XV as a wild card no less. Oakland would go on to beat Philadelphia in that title tilt but Plunkett wasn’t done.In 1983, Plunkett led the Raiders to another Super Bowl title win over Washington after replacing ineffective starter Marc Wilson. Plunkett retired with 25,882 passing yards with 164 touchdowns and 198 interceptions.As I lifelong Miami Dolphins fanatic, I of all people, remember former Fins’ backup Don Strock like it was yesterday. First, Strock served as the backup to two-time Super Bowl winner Bob Griese before going on to back up the even more legendary Dan Marino in Miami. Over his 15-year NFL career, Strock started just 22 games while totaling 5,349 passing yards with 45 touchdowns and 42 interceptions, but the numbers don’t do Strock any justice, he really was one of the best backup quarterbacks of all-time. 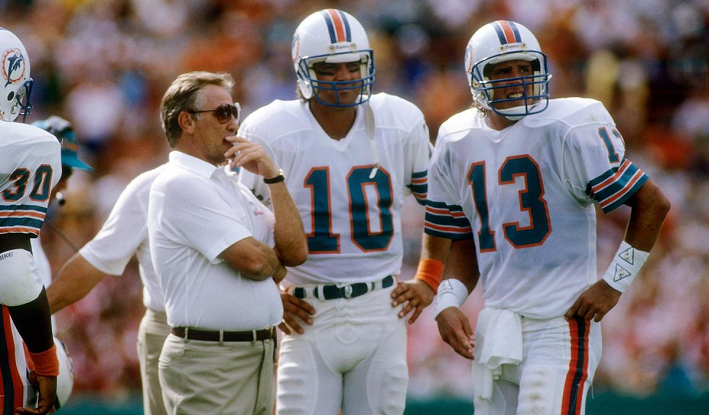 Even though I only caught the final stages of his legendary career, the late George Blanda was one of my favorite players back in the day. Blanda was a 12th round pick by the Chicago Bears in the 1949 NFL Draft and played an unheard of 27 seasons in the NFL as both, a quarterback and place kicker. 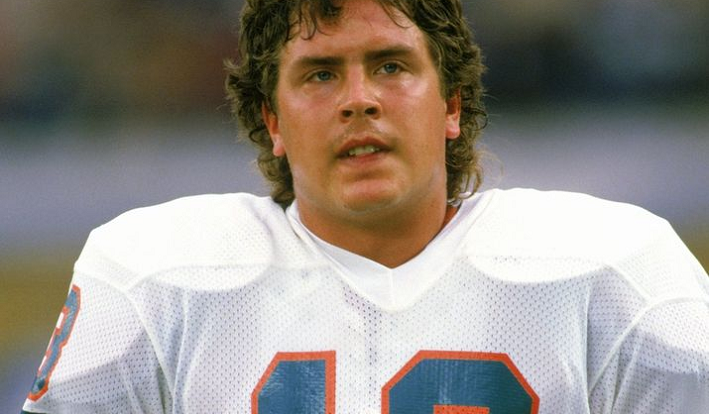 Blanda was the starting quarterback for the Houston Oilers for just over six seasons and made 106 career starts, but he was also one of the most reliable backup quarterbacks in league history. Blanda finished his career with 26,920 passing yards, 236 touchdown passes and 277 interceptions.Morrall, the No. 2 overall pick by the San Francisco 49ers in the 1956 NFL Draft, was a major part of the Miami Dolphins’ perfect 1972 team, taking over after starter Bob Griese broke his leg during the fifth game of the season. Earl Morrall started 11 games that season and led the Dolphins all the way to the Super Bowl. Hall of Fame head coach Don Shula opted to go back to his starter for the Super Bowl game after Morrall struggled in the AFC title tilt, but it was Morrall that led the Fins to 11 of their 17 wins that season. 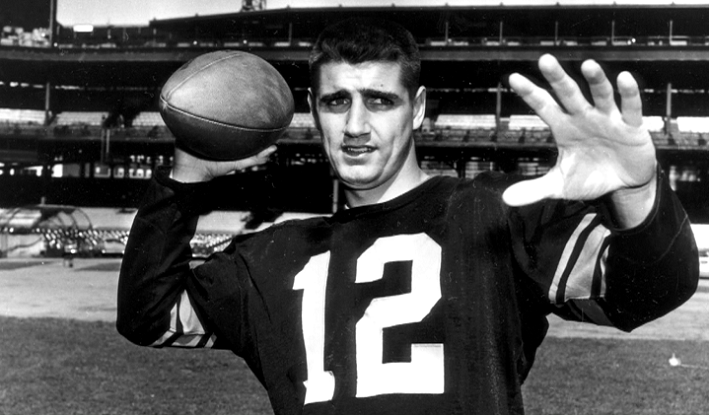 DYK Moment!Did You Know that Earl Morrall served as the backup for five Hall of Fame quarterbacks in Johnny Unitas, Bob Griese, Fran Tarkenton, Len Dawson and Y.A. Tittle while playing for six franchises?Morrall is the only quarterback in NFL History to come off the bench and lead his team to a come-from-behind Super Bowl victory.“All Earl ever did was win games for me, whether it was as a starter or coming off the bench,” former Dolphins head coach Don Shula once told reporters. “What I remember the most, of course, is what he did in 1972 when he replaced Bob Griese after Bob’s injury and kept our perfect season going until Bob returned in the playoffs.“But Earl won a lot of games for me in Baltimore as well. And he did it in such a humble way — he was a great team player who would do whatever was asked of him. And he was an outstanding leader who inspired confidence in his teammates.”Sources:Wikipedia.org: https://en.wikipedia.org/wiki/Ty_DetmerNFL.com: http://www.nfl.com/player/earlmorrall/2521618/profile
Older post
Newer post