NFL News and Rumors
The Buffalo Bills may have won an impressive nine games in 2014, but they’ll still enter the 2015 regular season as one of my top online betting favorites to pull off a Cinderella kind of campaign, even if they do reside in the same division as the perennially-powerful New England Patriots.While they haven’t made a postseason appearance in over a decade, the ‘new-look’ Bills could find themselves reaching brand new heights in 2015 if all goes according to plan.Now, let’s see why the Bills could end up with the glass slipper on their feet when all is said and done this coming season.

Buffalo Bills +7500While they narrowly missed out on earning a postseason berth in the AFC portion of the playoffs a year ago, the Buffalo Bills (9-7 SU, 9-7 ATS, 3-13 O/U) were still one of the surprise teams of 2014 as they recorded nine wins to post their first winning record since 2004.

Now, I believe Buffalo could be in for bigger and better things in 2015 after making a series of wise offseason moves that brought both, defensive-minded head coach Rex Ryan and elite running back LeSean McCoy to win-starved Buffalo.“Rex brings a wealth of experience and enthusiasm to the position that we feel will be a tremendous benefit to our players and the entire Bills organization,” Bills owner Terry Pegula said in a statement.Ryan, who takes over after former head coach Doug Marrone stunned the team by announcing his resignation following the 214 campaign, has already gone on record to say that he wants to “build a bully” in Buffalo and I believe it could happen as early as the coming season. 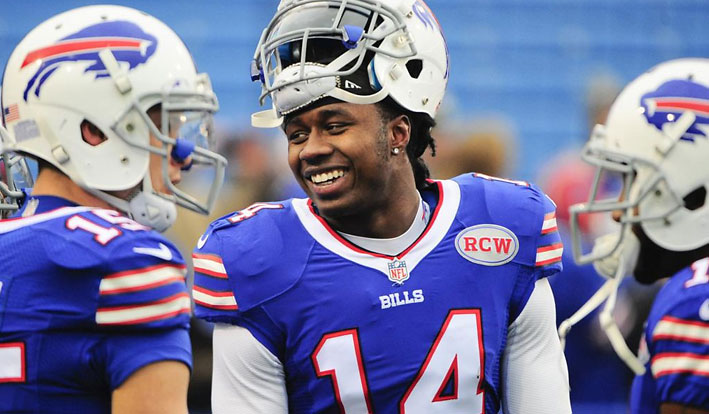 Ryan commented on how he was able to pry McCoy away from the Philadelphia Eagles and foolhardy head coach Chip Kelly.“We were just kinda like stunned there for a little bit,” Ryan told reporters. “We were like really? Wow. Obviously, we were interested, and then the trade came down. We knew it wasn’t gonna be cheap by any stretch, and losing a player like Kiko Alonso is obviously a steep price, but we felt really good about it.”

In addition to winning nine games last season, Buffalo also went 9-7 ATS to finish 13th in the ATS standings. Ironically, the Bills beat Ryan’s former team, the New York Jets, in Weeks 8 and 12 before recording their most impressive win of the 2014 season by beating Green Bay at home in Week 15.More importantly, Ryan inherits a defense that finished fourth overall, including a stellar third against the pass and 11th against the run while racking up a league-high 54 sacks and producing three Pro Bowl linemen.The thing I really like about the Bills though is how Ryan has apparently given way to his shortcomings as an offensive mind. Ryan added respected former San Francisco 49ers offensive coordinator Greg Roman to employ the same run-first strategy that worked wonders the last four seasons in Frisco and then begun adding explosive offensive players that will compliment McCoy and make the Bills more versatile.“Those are a running back’s favorite words,” veteran running back and team captain Fred Jackson told The Buffalo News. “He wants to beat people running the ball.” 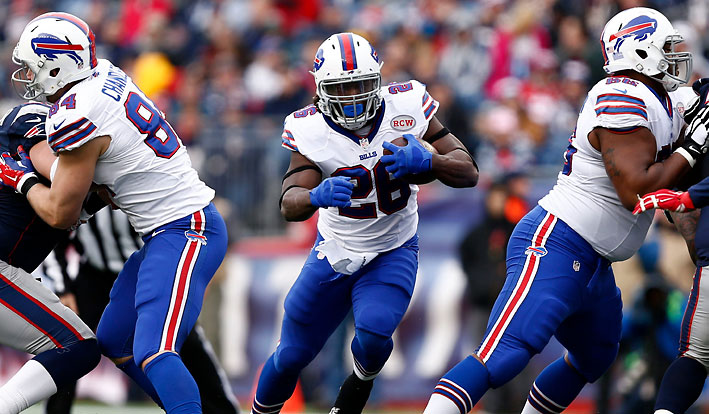 Buffalo’s offense was far under average a year ago and it would have been even worse had the Bills not signed veteran quarterback Kyle Orton off the street prior to Week 4 and immediately thrust into the starting lineup after some early-season struggles from second-year signal-caller E.J. Manuel.Now, the Bills will have a far different – and definitely more explosive – look to their offense when the 2015 regular season starts, although Buffalo is still hoping that Manuel can become a productive starter in the league.Not only did the Bills add McCoy, who led the league in rushing in 2013 with 1,607 rushing yards, but Buffalo also signed athletic Miami Dolphins tight end Charles Clay to open up the middle of the field and veteran fullback Jerome Felton to be McCoy’s new lead blocker.In addition to those moves, Buffalo also added veteran offensive lineman Richie Incognito, explosive wide receiver Percy Harvin and quarterback Matt Cassel.Let’s not forget that the Bills also drafted speedy wide receiver Sammy Watkins last season and have another pair of young receivers that have tons of speed and potential in Robert Woods and Marquise Goodwin. 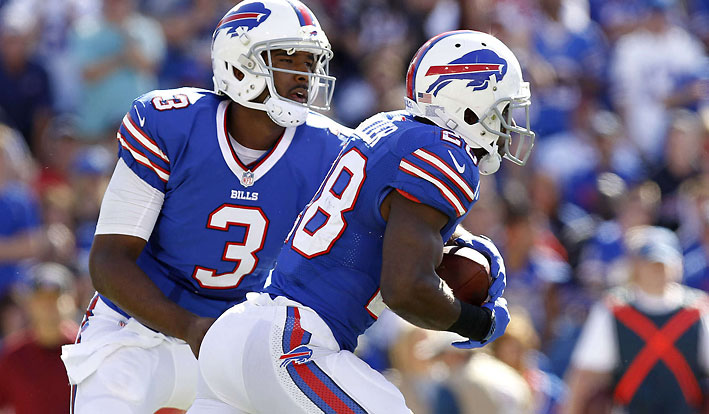 On the defensive side of the ball, Buffalo’s big move in free agency was the re-signing of speed rushing defensive end Jerry Hughes.

Ultimately, the Bills would love for E.J. Manuel to step up and put a stranglehold on the starting quarterback position, but even if Matt Cassel ends up with the job, he should be able to make plays by getting the ball into the hands of the Bills new bevy of skill position players.The Bills have the 19th strongest schedule in the league in 2015 and will face a group of teams whose combined record was 124-131-1, (.486) in 2014.Make no mistake about it NFL gridiron gambling enthusiasts, but the Buffalo Bills could very well turn out to be the biggest and best Cinderella team when the 2015 regular season gets underway this fall.
Older post
Newer post