NFL News and Rumors
Typical of any team at this time of the year, there are a lot of positive vibes flowing through South Florida NFL betting fans as they hope a strong 2015 NFL season for the Miami Dolphins. But unlike the past years, the Dolphins will enter the new season with a whole lot more to prove, considering head coach Joe Philbin nearly faced the sack last year after a tumultuous 2014-15 season, so he will be on the hot seat to deliver a better season this year. Even more pressingly, the Dolphins made splashy big-money moves in the offseason to bring the likes of DT Ndamukong Suh and TE Jordan Cameron, while there are heightened expectations on the promising 2015 Miami draft class. But even with all the progressive changes made to the team, the following big questions still abound in Miami:

“I give it my all every play.” @DolphinEret looks to grow into an increased role: http://t.co/VPbFAld3Ib pic.twitter.com/Iy8aDAfhMk

With all eyes focused on how Miami’ first round pick DeVante Parker would perform in the OTAs, the rookie receiver didn’t disappoint, constantly showing signs of brilliance. 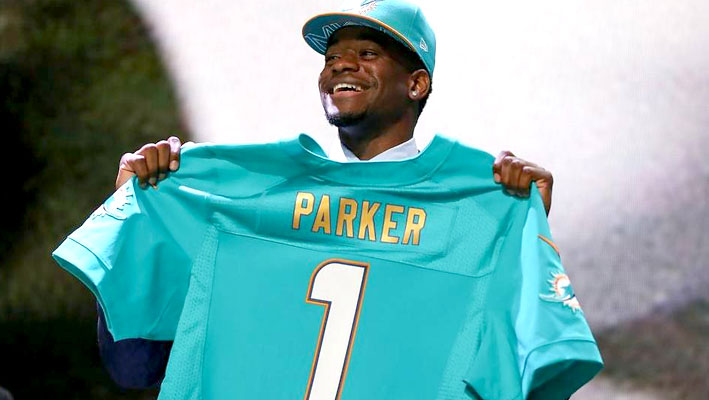 However, for precautionary measures, Parker’s underwent a foot surgery that is set to keep him out of practicing with the team at least until a few weeks into the training camp. With Parker out of the team during the OTAs, the attention shifted to second year receiver Jarvis Landry and how he would handle being QB Ryan Tannehill’s main receiver. Landry, even with all the pressure, equally put in an impressive showing, including a jaw-dropping one-handed TD catch in a two-minute drill, showing that he could be the main receiver in the team. Meanwhile, having brought in new receivers Greg Jennings and Kenny Stills, want-away receiver Rishard Matthews decided to boycott the initial offseason activities, but he came back to the OTAs and got some decent snaps following Parker’s surgery.At the moment, the receiving unit is broad with several options for Tannehill and the expected return of Parker, plus the availability of Jordan Cameron and Tommy Streeter, will make things very interesting in Miami. Even so, going by the current look of their squad, we believe Landry (who caught 84 passes as a rookie) will emerge as Tannehill’s top target, followed by Parker, Cameron and then the rest of the receivers.

What Can Miami Fans Expect from Ryan Tannehill in 2015?

After starting the 2014 season in a shaky form that saw coach Philbin fail to name him as the starter for the team’s Week 4 game vs. Oakland, Tannehill bounced back with decent performances, finishing the season with career bests in completion percentage (66.4), yards attempts (6.86), total passing yards (4,045 yards), completed TDs (27 TD), interceptions per season (only 12 interceptions) and a season rating (92.8 QB). All that convinced his owners that he could be a reliable franchise quarterback in Miami, so they rewarded him with a six-year deal worth almost $100 million. 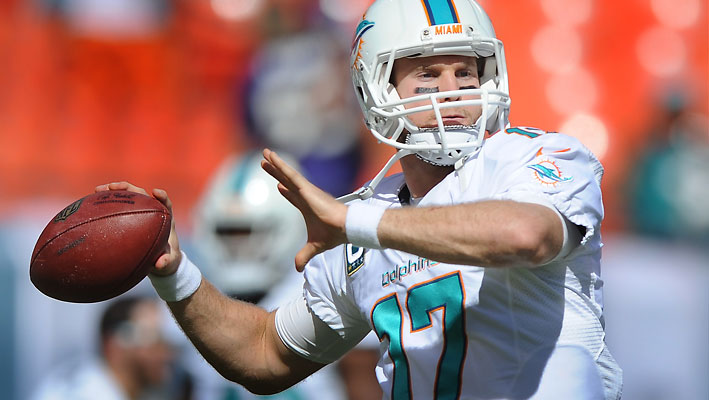 On one hand, the 26-year-old’s numbers from 2014 orient a lot of hope ahead of the new season. On the other hand, Tannehill connected on just 16 of 53 attempts over 20 yards last year, underlining his weakness in making deep range plays. So although bettors and Miami fans should rightfully expect a good 2015 season from the quarterback, there is no doubt that the Texas A&M product will need to fine-tune his long range game if Dolphins are to be a solidly competitive team. Essentially, this is because long-range throws tend to bring more scores and win more games than short plays.SourcesNFL.com (http://www.nfl.com/draft/2015/profiles/devante-parker?id=2552409)ESPN.com (http://espn.go.com/nfl/player/_/id/14876/ryan-tannehill)
Older post
Newer post