NFL News and Rumors
Admittedly, more than half of our NFL odds and lines predictions for Week 1 of the 2015-2016 went as predicted. Mariota shined as we expected him to do, Peyton Manning struggled, but the Denver running game came through to earn Gary Kubiak his first win, and the Miami Dolphins took care of the Redskins quite handily. Though as you’d expect at the start of a new season, some of predictions went horribly wrong, mainly because we may have undervalued or overvalued some teams over the preseason. For example, Andrew Luck and the Colts couldn’t beat the Bills and their stingy defense, the Philadelphia Eagles had their preseason bubble burst by the Falcons, and Drew Brees and his team failed to live up to the offseason hype about an improved New Orleans offense and a stronger defense.

Should the @Saints have punted the ball? Sean Payton & @drewbrees stand by their decision: http://t.co/owxYsyaewV pic.twitter.com/zBC7UWTjKK

To avoid overlooking the value of teams in Week 2’s NFL betting odds, let’s put our betting focus into clear perspective by taking a look at the biggest risers and fallers after last week’s action, including what can be expected of them this week and in the season’s betting lines. 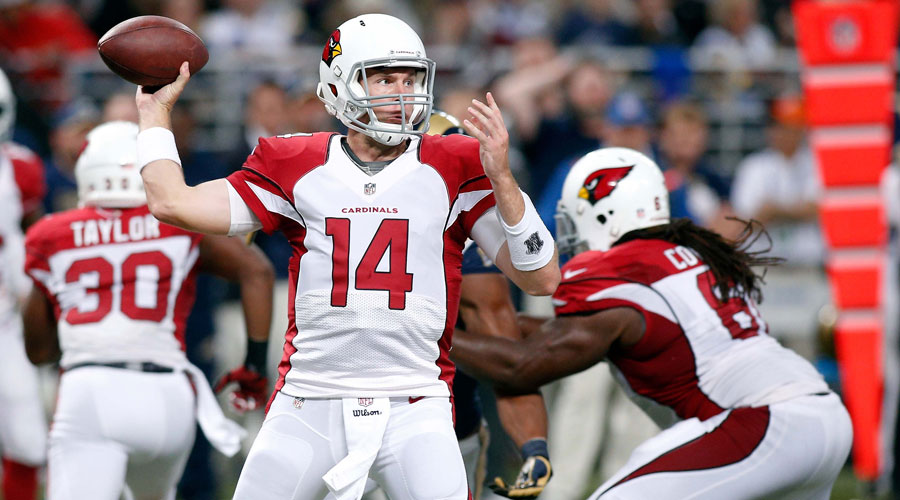 Arizona Cardinals (Won 31-19 over the Saints at home)

In his first start since his season-ending ACL tear in 2014, Carson Palmer showed why he’s the undisputed Arizona starting QB, as he went 19-of-32 passing for 307 yards and three TDs to lead the Cards to a comfortable win over the Saints. Thanks to a solid showing from his offensive line, Palmer also had the fourth-best passer rating from Week 1, as per Pro Football Focus. With a 7-0 record in his last seven starts (including a 6-0 mark in all his six starts last season), along with 1,933 yards, 14 TD, and 3 interceptions in those seven games, the ceiling couldn’t be higher for the Cards this season, as long as Palmer (and his O-line) stays healthy. 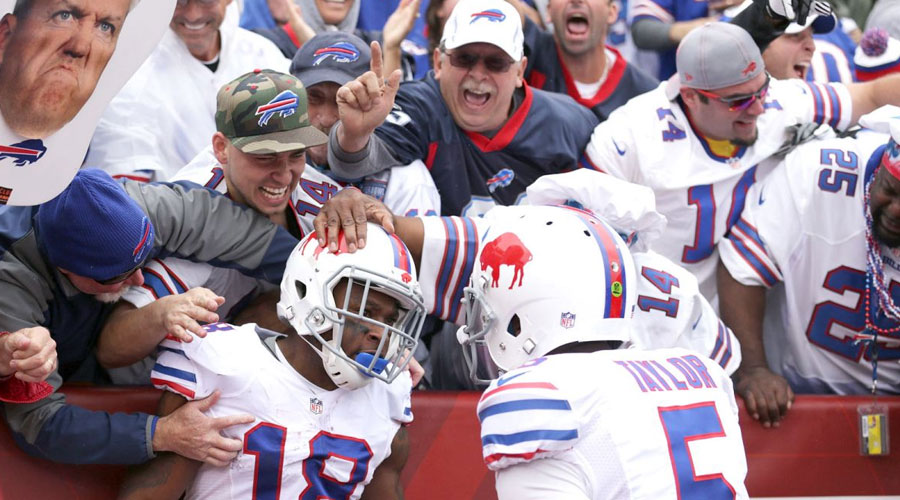 Not team from last week’s games underlined its credentials for a big season than Rex Ryan and the Bills did against the Colts. Buffalo’s defense picked up from where they left off in 2014, forcing Indy’s Andrew Luck to two interceptions and four sacks for a pathetic passer rating of 34.3. Meanwhile, Tyrod Taylor vindicated the decision of being named as Buffalo’s starting quarterback, showing maturity in the pocket and using his speed to escape pressure to find his targets downfield. For his relentless efforts, Taylor was rewarded with a touchdown and 195 passing yards on 14-of-19 passing, along with 41 yards on the ground. Playing New England at the Ralph Wilson Stadium will probably be a tougher task, but after handling Luck, it won’t be a surprise if the Bills condemn Tom Brady and the Pats to the same treatment. 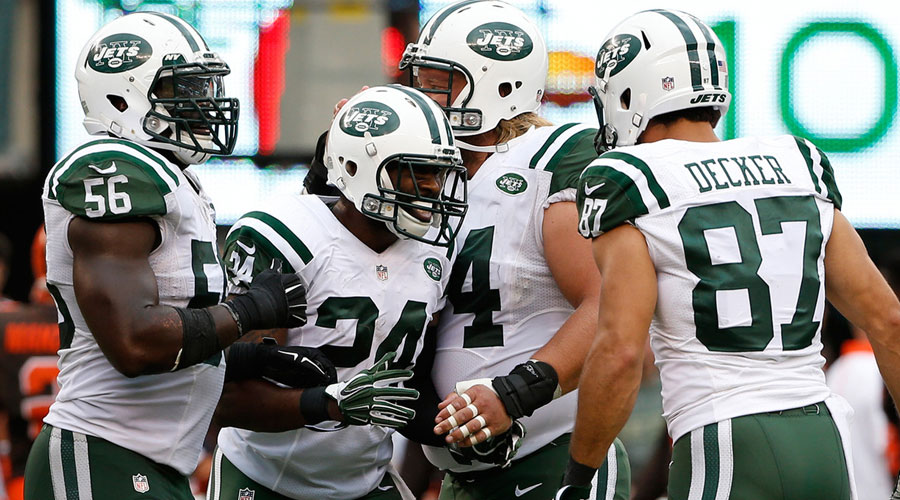 Todd Bowles and the New York Jets fans have a long way to go, but so far, it’s looking pretty good for his team. Making his first start as a New Yorker, Ryan Fitzpatrick completed 15 of his 24 passes (62.5 percent) for two TDs and a pick, which in fact ended as a fumble recovery by Brandon Marshall. Meanwhile, Chris Ivory had a man-of-the-match performance, tallying 91 yards and two TDs on 20 carries, together with three broken tackles and over 3 yards per carry after contact. Darrelle Revis and the defense equally had a good showcase, particularly in the second half, keeping Johnny Manziel and Josh McCown tame enough for just 10 points. Beating Indianapolis in Week 2 won’t be easy, but if they can carry on with the momentum from Week 1, they should be able to easily surpass the 4-win mark from last year when this season ends. 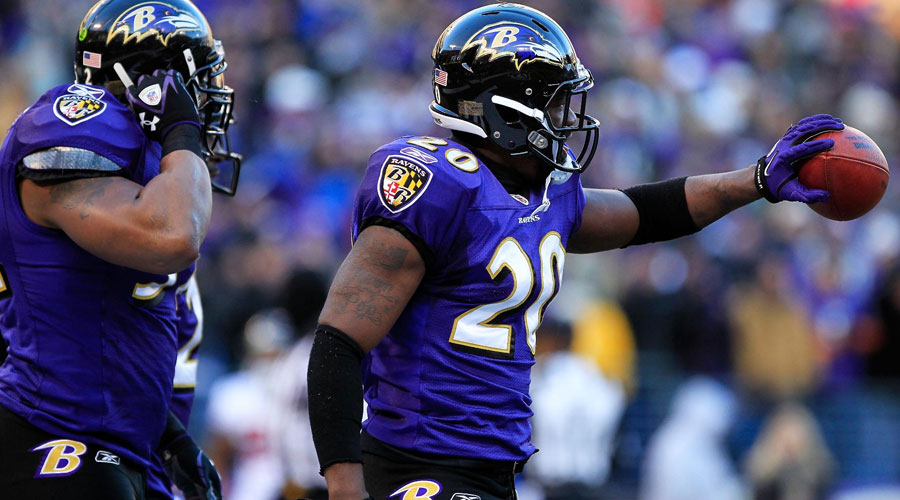 Baltimore Ravens (Lost 19-13 to the Broncos on the road)

As expected, QB Joe Flacco was not able to do much against Denver’s stingy defense in Week 1. Still, with his pedigree, Flacco and his offense should be able to bounce back with a better showing against Oakland in Week 2. Of course, the Ravens still have major questions in the defense, following the loss of defensive star Terrell Suggs, who suffered a torn Achilles against Denver and is set to miss the rest of the season. With Suggs out of the team and Pro Bowl tackle Haloti Ngata shipped off to Detroit in the offseason, Baltimore is going to have a really tough time in their secondary this season, particularly in stopping the run. Unless Flacco and his unit can get things going real steady in the attack (which is a big ask, considering the recent shakiness of the offense), it’s hard to see the Ravens flying it as far as the playoffs this season. 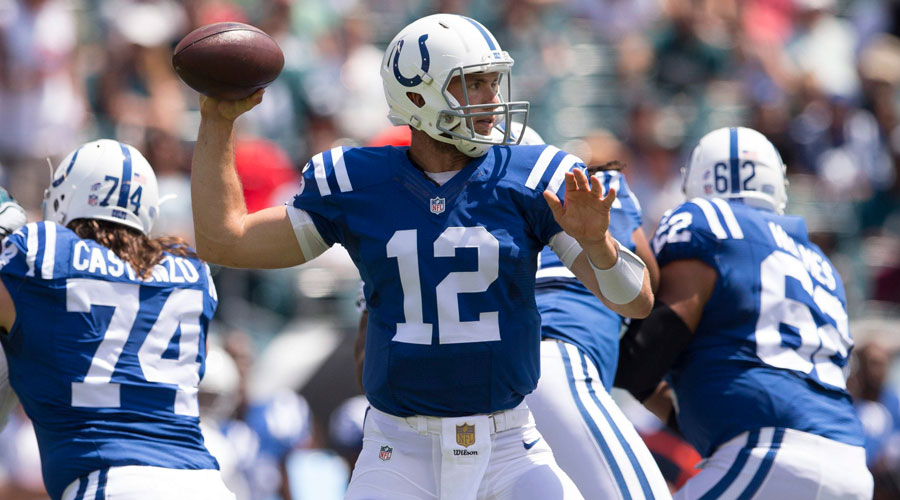 Indianapolis Colts (Lost 27-14 to the Bills on the road)

The Colts have been among teams hotly tipped to make a solid run in the odds to win Super Bowl 50, so their loss to Buffalo was a concerning big blow to their ambitions. Outside the two TD passes by Luck, the Colts had an awful showing. On the ground, they got torched for 147 yards and two TDs, as the Bills ran the ball 36 times, while the young Taylor had an easy time in the passing game. Moreover, the Indy offense averaged just 1.4 points per drive and managed just 4.7 net yards per pass attempt, struggling mightily in getting open spaces against Buffalo. Added to the fact that Colts stud wideout T.Y. Hilton is ruled out for couple of weeks after suffering a knee injury last week, things certainly don’t look good for Indianapolis. Fortunately for Colts, their biggest competitors in the AFC South, the Houston Texans, also suffered a loss to Kansas City in Week 1, giving Luck and Co. a chance to get back on track rather easily. 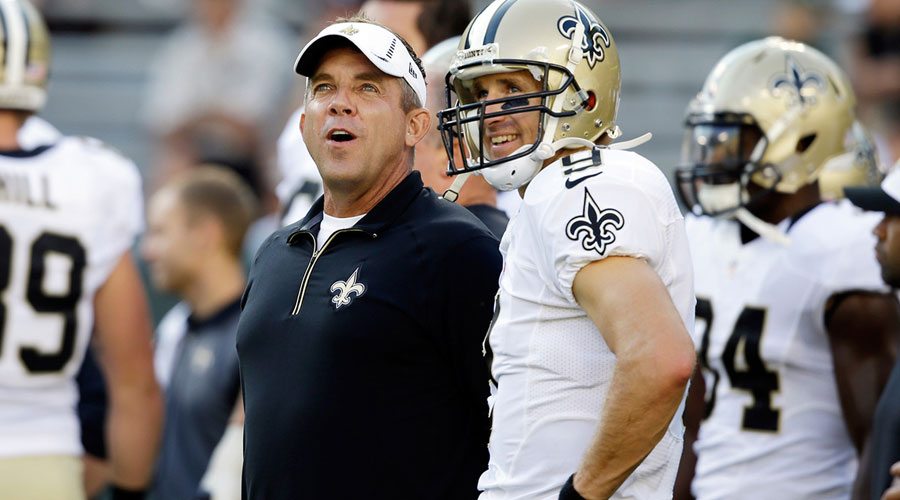 Drew Brees had a game-high 355 passing yards against the Cardinals, and the New Orleans offense totaled 408 yards of offense, which wasn’t that bad a showing against Arizona. Worryingly, though, the Saints converted just one of their four tries in the red zone, with the absence of Brees’ top target, TE Jimmy Graham, already being felt in the offense. As always, the defense barely had any answers for Palmer and his offense, allowing 3 TDs and 31 points. If both the offense and defense cannot figure out things real soon, it is going to be a long season full of disappointments for New Orleans team that already owns the disrespectful reputation of being a weak team in the poor NFC South division.
Older post
Newer post