NFL News and Rumors
Sure, the Tampa Bay Buccaneers won a paltry pair of games in 2014, but with the No. 1 overall pick in hand and the Bucs heading into Year Two of the Lovie Smith era, I believe Tampa Bay could be transformed from the mistreated ‘step-sister’ into none other than Cinderella herself…if you get the idea.Let’s take a look at why the Buccaneers could bounce back better than a 1970s ‘super ball’ once the 2015 sports betting regular season gets underway this coming September.

Tampa Bay Buccaneers +20000The Tampa Bay Buccaneers (2-14 SU, 7-9 ATS, 5-11 O/U) will almost assuredly draft former Florida State signal-caller Jameis Winston with the No. 1 overall pick in the upcoming 2015 NFL Draft and it is that selection first and foremost, that has fueled my belief that the Bucs could become one of the top Cinderella teams this coming season.

Sure, Winston has had more than his share of off-field ‘drama’ and if acts like the ones he committed while in college continue in his NFL career, Winston will flame out faster than a Bic lighter in a rain storm. However, if Winston can control his life off the field, I believe he could become one of the better young signal-callers to come into the league in the last few seasons.Not only that, but I also believe Tampa Bay’s free agent additions will help the Buccaneers improve immensely on the defensive side of the ball in 2015 under the defensive-minded Smith.

Smith has a track record of improving teams greatly in his second season, having done so with the Chicago Bears in his only other NFL heading coaching stop. The Bears won a modest five games under Smith in his first season in Chi-Town back in 2004 before leading them to 11 victories one season later and 13 wins and a Super Bowl appearance in 2006. Smith took the Bears to the playoffs three times in his nine years there and left with a solid 81-63 record before the franchise foolishly gave him the ax despite posting a 10-win campaign in his final season (2012).Smith has helped orchestrate the additions of veteran safety Chris Conte, linebacker Bruce Carter and defensive tackle Henry Melton in order to upgrade a defense that ranked 25th overall and an identical 25th in points allowed (25.6 ppg). 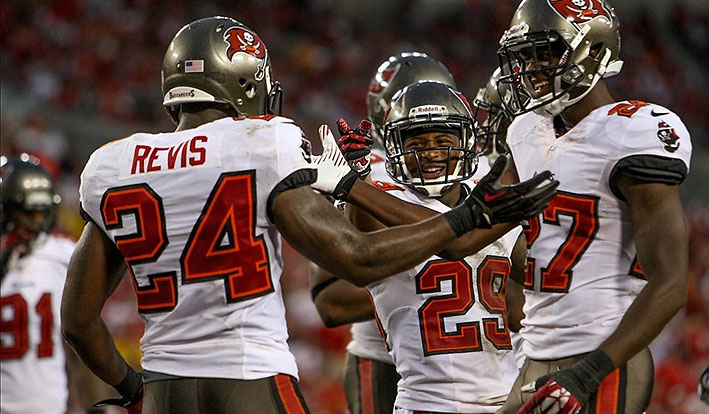 Injuries and plain old poor play at the safety position performances last season spurred the additions of Moore and Conte for defensive coordinator Leslie Frazier’s Tampa 2 scheme. Moore, who most recently played for Dallas has plenty of connections to the Buccaneers roster while Conte is a former Chicago Bear that is both, very familiar with the Tampa 2 scheme and Smith, having played for the widely-respected head coach for two seasons in Chicago. The versatile Carter can play both, inside or outside and Melton will provide quality depth behind Pro Bowl tackle Gerald McCoy and fellow starter Clinton McDonald.While the Buccaneers didn’t address any of their offensive needs in free agency I expect them to do so over the course of the 2015 NFL Draft, starting with the drafting of Jameis Winston. 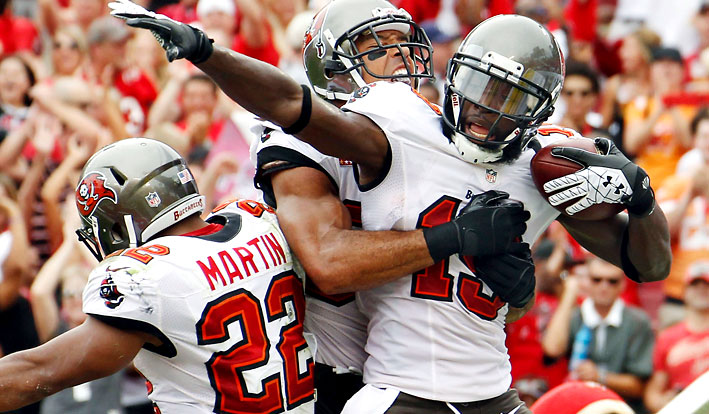 One of Tampa Bay’s less heralded, but likely more significant offseason transactions was the signing of former free agent punter Andy Wilder. The strong-legged former Northern Arizona punter and kicker has flat-out star potential as he displayed in leading all FCS punters with a 46.3-yard punting average in 2012. Wilder looks like he’s a lock to replace veteran Michael Koenen and the $3.25 million he is scheduled to make in 2015.Tampa Bay’s offensive line was a complete wreck last season and needs an overhaul in the worst way, but I think they’ll address this area and get back to rushing the ball effectively with the elusive Doug Martin, a player that Smith has gone on record as saying is as important as any player on Tampa Bay’s roster. Martin rushed for just 494 yards and 3.7-yards-per-carry just two seasons after gaining a surprising 1,454 yards as a rookie in 2012. 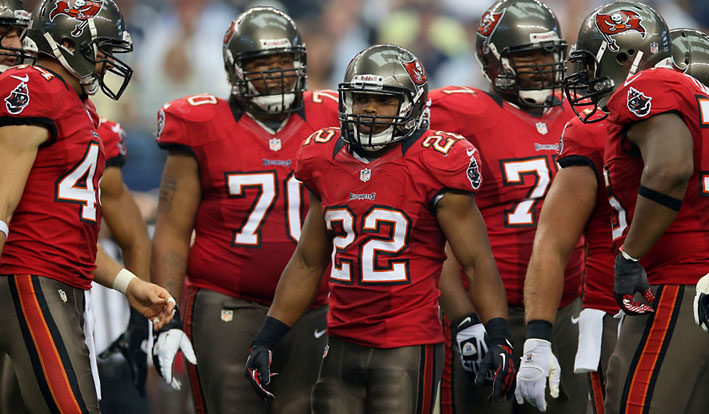 I’m not sure the Buccaneers want Winston to come in and start right away or sit for a while and learn, but I do believe he is more than capable of coming in as a rookie and startingIn addition to all of that, Tampa Bay has just the 29th toughest schedule in the league in 2015 (108-146-2, .425) and could end up with a pair of glass slippers on their feet, even after the clock strikes midnight.
Older post
Newer post