NFL News and Rumors
You might not be able to remember this, but the Buffalo Bills once had an offense that was the most exciting in the National Football League. The “Y-Gun” attack, devised by head coach Marv Levy, ran at breakneck speed, and the Hall of Fame trio of Jim Kelly, Andre Reed and Thurman Thomas galloped to four consecutive AFC championships. Even though they could never break through in the Super Bowl, the Bills had an electric attack that made the team regularly feared around the league.While the Bills still don’t have a quality successor to Kelly under center, they do have some offensive weapons that could make the Bills a surprise contender as this new NFL betting season opens.Rex Ryan loves knocking his opponents senseless with a strong running game. He used that “ground-and-pound” approach to get the New York Jets to the AFC championship in 2009 and 2010. Both seasons, the Jets finished in the league’s top five in rushing yards. In addition to a strong ground game, expect new playcaller Greg Roman to turn the Bills’ attack into a multidimensional unit that will be much different than the power ground games made famous way back when by such coaches as Woody Hayes and Barry Switzer.

Roman used to be the offensive coordinator in San Francisco and has long believed in power football. However, he gets around the heightened speed of NFL defenses by using several different formations, schemes and personnel packages. Roman used several different sets with multiple tight ends as well as pre-snap shifts and unbalanced offensive lines to keep defenses guessing time and time again. Running back Frank Gore finished in the top 10 in rushing each year between 2011 and 2014, and the 49ers ranked #8, #4, #3 and #4 in rushing yards in the league over those same four years. In 2013, his offensive was one of just two that ran the ball more than half the time on offensive snaps. The Niners went 36-11-1 between 2011 and 2013. This did give the team plenty of time when rushing the ball would eat up the clock and wind down a game that was out of hand, but the running game was also used to give the offense an identity from the start of the game and to keep the quarterback from having to win the game all by himself.The Bills have added LeSean McCoy via a trade during the offseason. He led the league in rushing in 2013 and is still one of the hardest running backs to bring down. When defenders show up at or near the hole, McCoy is tremendous at getting around them. His ability to find a way through a crack means that he can snap off a run of 20 or more yards at a second’s notice. From his time in Philadelphia, working in a spread offense, it seems that McCoy enjoys being the “dot” back in a one-back spread formation. However, when Andy Reid was in Philadelphia, the team used a two-back set – and McCoy showed he could dominate games like that as well. McCoy put together two 1,000-yard seasons when Reid was the head coach, leading the league with 17 touchdowns in 2011. 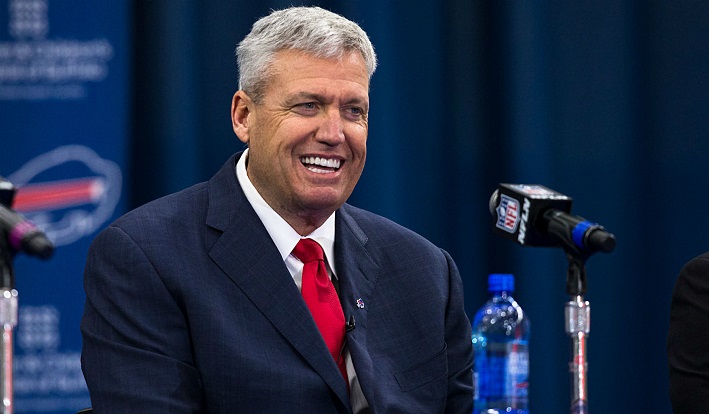 Having Jerome Falton as his other featured running back means that Roman can work in some power plays using several different jumbo or heavy sets. When Felton was a Viking, he developed a reputation as a fearsome fullback with aggressive blocking at the point of attack, sealing the backside.As the 2015 season gets closer, it appears that the Buffalo Bills may be primed to be the surprise of the National Football League East. The Patriots, Jets and Dolphins are also intriguing, but Rex Ryan will have his Bills ready to compete – and to come away with some unexpected wins.Source:ESPN.go.com (http://espn.go.com/nfl/player/_/id/12514/lesean-mccoy)Wikipedia.org (https://en.wikipedia.org/wiki/Rex_Ryan)
Older post
Newer post