While the Cleveland Browns (7-9 SU, 9-5-2 ATS, 5-11 O/U) finally managed to win more than six games for the first time since winning 10 games back in 2007, they also had more than their fair share of drama in collapsing down the stretch and will enter the 2015 regular season with some more ‘drama’ to deal with thanks to their alleged front office texting scandal.The Browns undoubtedly want to take the next step toward getting back to being a respectable NFL franchise, but they’ve got a bunch of questions they need to answer, starting with their quarterback position.We’re going to examine Cleveland’s chances of cashing in on their Super Bowl 50 Futures Odds and give NFL gaming enthusiasts the insight they’ll need in order to make betting on Browns games next season a profitable venture.

For a team that still has plenty of work to do in order to compete with their powerful AFC North division rivals, the Browns experienced success like they hadn’t known in over a decade. 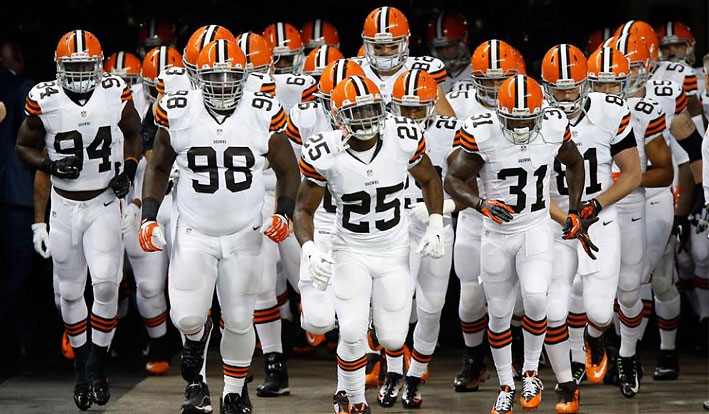 Cleveland finished eighth against the pass (224.5ypg) and has one of the better defensive backfields in the league with Pro Bowl corner Joe Haden and veteran safety Donte Whitner being among the best players in the league at their respective positions.Along the way to their first seven-win season since 2007, the Browns have managed to increase the overall talent level of their roster and now have a handful of players they expect to be foundation players in the coming seasons.

While Cleveland took a few baby steps forward as a franchise in 2014, the Browns also had their share of ‘bad’ as well, both on the field and off. Cleveland got out of the gate nicely by winning seven of its first 11 games, but the Browns crashed back to reality in a big way by losing their final five regular season contests. 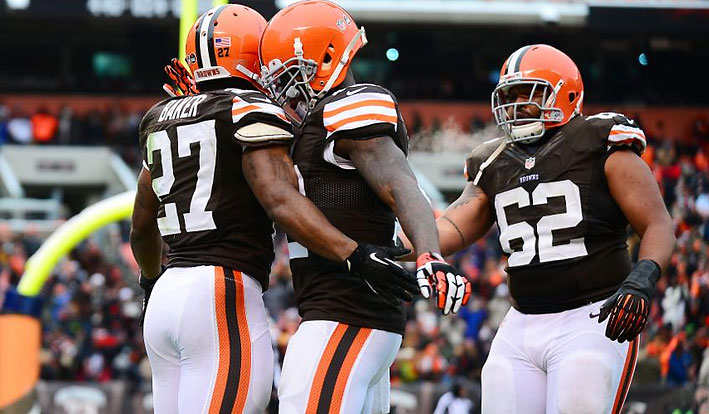 Along the way, the Browns managed to post a series of mediocre statistics on both sides of the ball. Cleveland finished the 2014 regular season ranked 23rd in total offense, 20th in passing (217.1 ypg), 18th in rushing (107.5 ypg) and 27th in points scored. On the other side of the ball, the Browns ranked 23rd in total defense, though they somehow managed to rank ninth in points allowed (21.1 ppg).

Cleveland’s run defense was as ugly as it gets, with the Browns finishing dead last by allowing a whopping 141.6 yards per game on the ground.However, that’s not the only ‘ugly’ news the Browns had last season. Cleveland began the 2014 season with more drama surrounding talented, but troubled wide receiver Josh Gordon facing more legal and league-related difficulty thanks to his off-field arrest for marijuana possession.The Browns got even more ‘ugly’ news heading into this offseason with Gordon now facing another season-long suspension and enigmatic quarterback Johnny Manziel heading off to treatment for alcohol-related issues.Cleveland also saw offensive coordinator Kyle Shanahan bolt following the regular season, mostly because general manager Ray Farmer was texting quarterbacks coach Dowell Loggains during games about strategy and personnel. 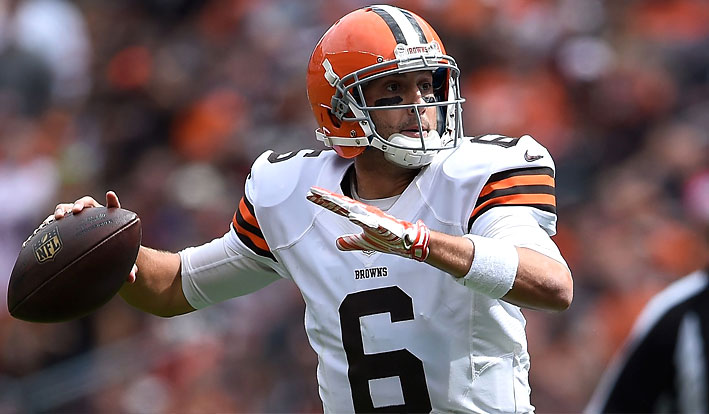 Now, Farmer is facing some form of discipline from Commissioner Roger Goodell while quarterback Brian Hoyer may or may not return after getting a bit of the cold shoulder from Farmer and some other members of the Browns’ coaching staff.With Hoyer also set to become a free agent, the Browns are potentially looking at starting the 2015 season with a new signal-caller under center if Manziel proves he’s still not ready to start yet – or ever.

Let’s take a look at Cleveland’s offensive statistics from this past season.

Here is a look at Cleveland’s team defensive statistics.

Here is a look at the Browns’ team statistical leaders in 2014.

Whether Hoyer comes back or not, the Browns need to figure out in a hurry who their starting quarterback is going to be, not just for the 2015 season, but for the foreseeable future beyond.Head coach Mike Pettine recently told media members that the organization is proud of Manziel for entering into treatment on his own, but also admitted that his team is still looking to acquire a starting quarterback. 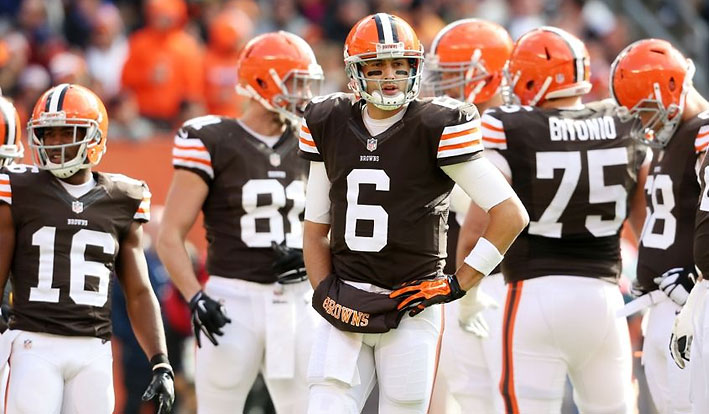 Cleveland will likely have to bring back Brian Hoyer, but it’s no given the veteran will return after being second-guessed by GM Ray Farmer – and eventually demoted in favor of Manziel.Hoyer really struggled down the stretch run of the regular season, throwing a whopping nine interceptions over his final five starts…so clearly, an upgrade is needed here if Manziel doesn’t pan out. Cleveland could also make a run at a free agent quarterback like Ryan Mallett or Jake Locker as a stopgap kind of starter.

Cleveland’s defensive line was mostly a complete mess as evidenced by their 32nd-ranked run defense. Defensive end Billy Winn and nose tackle Ahtyba Rubin, looked more like career backups than competent NFL starters, so the Browns will need to address their D-line immediately.

Cleveland’s offensive line also needs an upgrade in the worst way outside of Pro Bowl left tackle Joe Thomas. The Browns won’t replace every other starter along the offensive line, but I’m thinking at least two starters need to go at the very least. 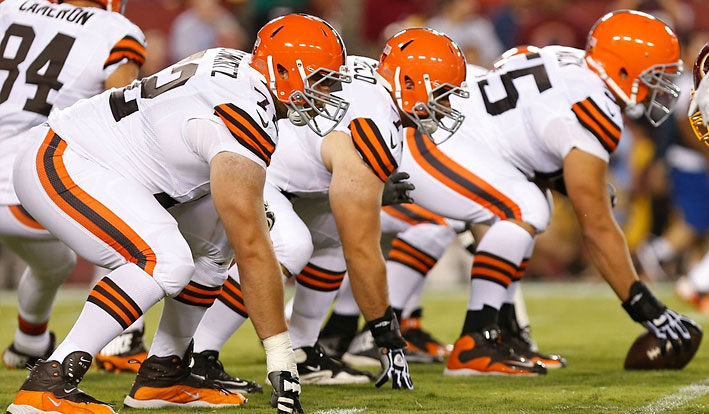 With Josh Gordon out for the 2015 season, Cleveland could clearly use another wide receiver. Whether they nab one in the draft or via free agency is anyone’s guess right now, but the Browns certainly need to add some quality depth to their receiving core.

Left outside linebacker Paul Kruger and inside linebacker Craig Robertson (team-leading 99 tackles) both look like keepers, but the right side of Tank Gardner and Barkevious Mingo both left a lot to be desired.

First round draft pick, Justin Gilbert struggled all season and never found his way into the starting lineup, though he’s still very young and talented. However, safety Jordan Poyer was a liability that the Browns can’t afford in my estimation. 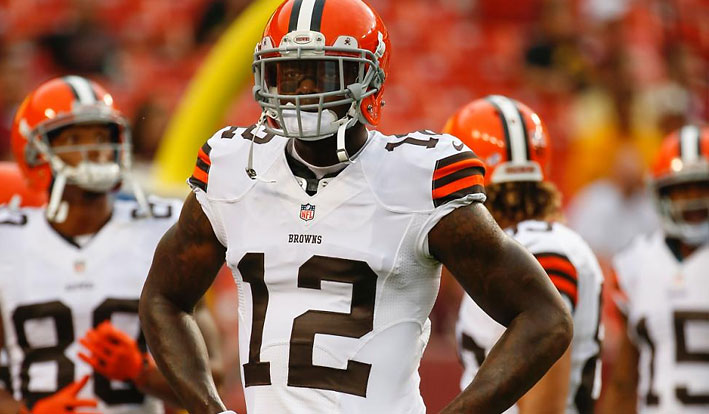 The Browns have more draft picks than any other team in the league and are the only team with two first round picks (12 and 19). Right now, the Browns have so many needs, it’s hard to figure out which ones they’ll address with their first two picks.

The Browns have the ninth toughest schedule in the league in 2015 and they reside in arguably the toughest division in all of football, with three rivals that all reached the postseason in 2014.Having said that…I’m going on record right now to say that I believe Cleveland could take a slight step backwards in 2015 and revert back to the six-win franchise they’ve been for the better part of the last two decades or so. 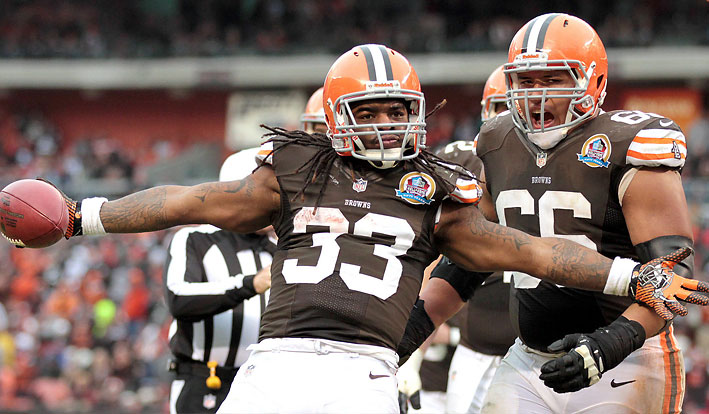 Brian Hoyer has proven himself to be mediocre at best and the vast majority of the Browns’ roster still needs upgrading. No way does Cleveland win more games than they did in 2014. At best, Cleveland wins seven games again in 2015, but I’m going with a 6-10 SU record right now.
Older post
Newer post