NFL News and Rumors
The last time the Chicago Bears won the Super Bowl Championship was in the 1985  season, and since then, the team has been a consistent case of failure.  The Bears haven’t made it to the playoffs in 7 of its last 8 seasons, but the story of disappointment has not been limited just to the team, as Chicago’s QB Jay Cutler has also been having a rough time since making the switch from Denver to Chicago in 2009. But what are the expectations for this coming season? Can the Bears finally beat the NFL odds and score a winning season?

Coming off a season where he led the Bears to a pathetic 5-10 record in 15 games and collected the highest number of interceptions in the league (18 picks), the Bears are hoping that Jay Cutler will use his 10-year experience in the league to deliver better numbers.In 2015, Cutler will be entering a the third year of his massive $126 million contract and the Bears have their eyes set on a bounce-back season with the #6 quarterback leading at the center and Jimmy Clausen operating as his backup. The Bears also have a new head coach in John Fox, who promised to help the team overcome the 2014 funk that saw them finish with a disappointing 5-11 overall record.

Reasons for Hope in Cutler 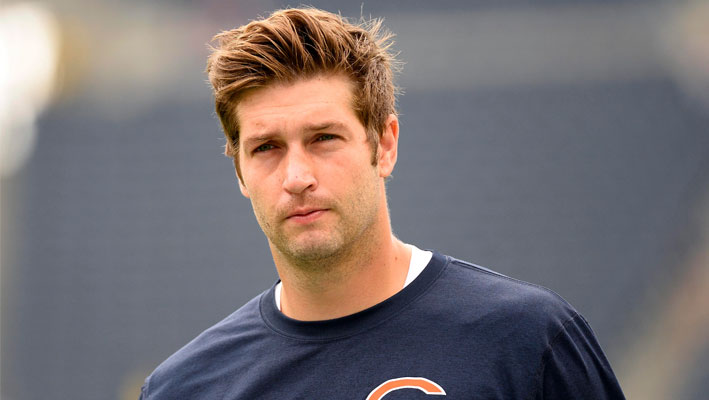 Fortunately for Cutler, his 28 touchdown passes in 2014 was a new career high, good enough for 10th-best in the league. The fact that he set the new career high in 15 games (he was benched in the season finale), which was one game less than the full 16 games he took to reach his previous career high of 27 TD passes in 2009, shows that there could be an improved season for him in 2015. This is particularly supported by the surging trend in his passing touchdowns per game, which indicate that he averaged 1.87 passing touchdowns per game in 2014, an increase from the 1.73 average in 2013 and the 1.27 average in 2012. For good measure of his ability to adapt his game, Cutler also had two rushing touchdowns in 2014, which matched his career high as well.If Cutler can limit his interceptions, a brighter season could be in the offing for the Bears. Interestingly, NFL history over the past five years indicates that the quarterback who led the league in interceptions has thrown at least 7 picks fewer in his next season. If the trend is to stand, Cutler is thus unlikely to lead the league in picks again in 2015. 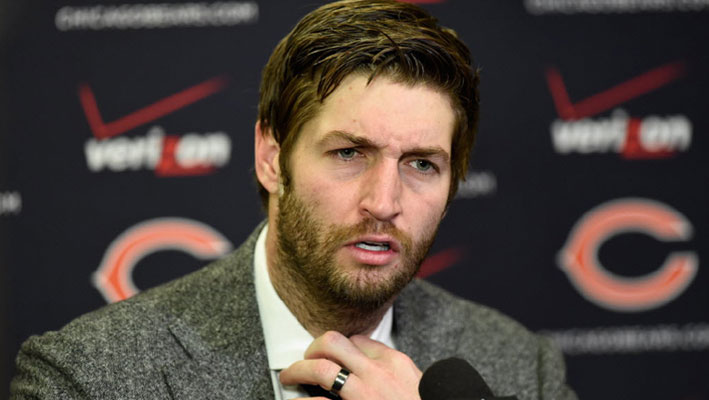 Part of the reason Cutler struggled in 2014 was that his top receivers (Brandon Marshall and Alshon Jeffery) weren’t consistently healthy, with Marshall missing three games and Jeffery struggling with a hamstring injury. Complicating things a little for Cutler in 2015, Marshall was traded to the New York Jets in the offseason. This essentially means that Jeffery will be the lead WR in the team—something that Cutler believes could be a good thing since Jeffery is big target who is capable of making big plays for the team.In addition to Jeffery, the Bears recruited first-rounder WR Kevin White, an explosive 6’3”, 215-pound West Virginia product that could easily become the best rookie receiver in 2015. Moreover, the Bears signed WR Eddie Royal on $15 million contract with $10 million in guarantees. Royal enjoyed a very fruitful partnership with Cutler when the two players were teammates in Denver, so the Bears are hopeful that their telepathic chemistry could be rekindled in Chicago this year.The Bears also have a potential gem in TE Martellus Bennett. Last year was not the most productive of years for Bennett, but if he can find his form, he could also be a good weapon for the team. Not to forget, Chicago boasts of the services of tailback Matt Forte, an explosive runner who led the NFL in receptions by a running back last year. Forte has also collected at least 900 rushing yards in every year of his career, which should make him a great attacking option for Cutler in 2015. 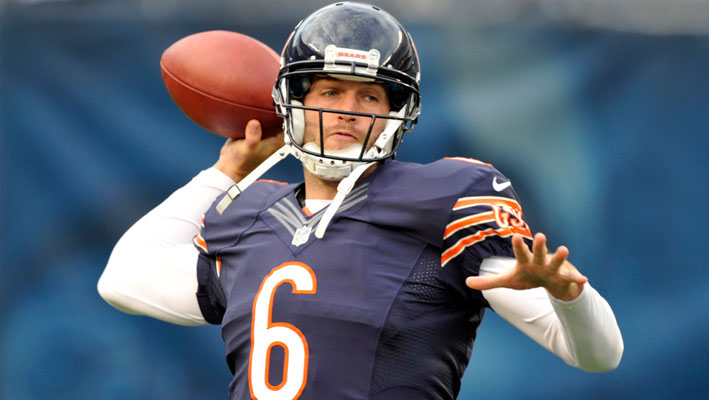 With Cutler spoilt for choice in terms of his offensive weapons, there is simply no reason for him not to succeed in 2015. After all, his offensive line has also received some interesting additions, while the defense is equally strong, at least on paper. Additionally, new coach Fox brought with him a talented offensive coordinator in Adam Gase (who worked with Fox in Denver), so the entire team should benefit from an improved coaching system.As the only concerning issue, the Bears have a relatively tough schedule, so they will have to sweat it out to make meaningful positive strides in their season. That notwithstanding, we strongly believe that Cutler will be having a better season, as the whole team also shows some marked improvements, so the Bears should be good for at least 7 victories in 2015. But in regards to reaching the playoffs or even topping the division, that doesn’t look likely this year, considering the tough competition in the NFC North division and the various transitions the team will be undergoing in 2015. Sources:ESPN.com: http://espn.go.com/nfl/player/_/id/9597/jay-cutlerYahooSports.com: http://sports.yahoo.com/nfl/players/7868/
Older post
Newer post