It doesn’t matter whether you love the New England Patriots (12-4 SU, 9-7 ATS, 9-7 O/U) or loathe them unlike any other team in the NFL.The fact of the matter is that the Pats are almost assuredly going to record double-digit victories over the course of the 2015 NFL regular season while challenging to repeat as league champions.Whether Tom Brady and company can pull off the repeat remains to be seen, but we’re going to examine New England’s chances of winning Super Bowl while giving NFL gaming enthusiasts some insight on just what they can expect out of the front-running Pats in 2015. 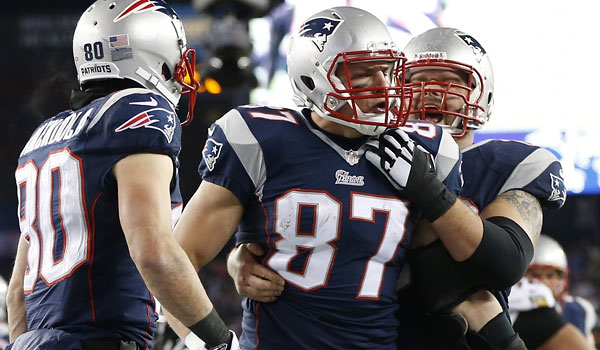 The GoodWith a 12-4 SU mark and solid 9-7 ATS record, clearly there was plenty of ‘good’ for the Patriots – and their betting backers in 2014.New England ranked 11th in total offense and ninth in passing as Tom Brady finished the regular season ranked 10th in passing yards (4,109), fifth in touchdown passes (33) and an identical fifth in quarterback rating (97.4).Despite ranking just 13th in total defense (344.1 ypg) and 17th against the pass, (239.8 ypg) New England somehow managed to keep their opponents out of the end zone with the best teams in the league, ranking eighth in points allowed (19.6 ppg).Along the way, the Pats got stellar campaigns out of Brady, pro bowl tight end Rob Gronkowski (82 catches, 1,124 yards, 12 TDs), Julian Edelman (92 rec, 972 yards) and Brandon LaFell (74 rec, 953 yards). 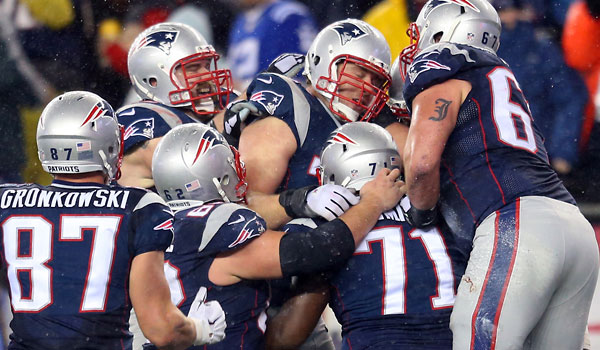 Cornerbacks Darrelle Revis and Brandon Browner routinely put the clamps on opposing wide receivers while safety Devin McCourty played the middle of the field masterfully.Oh…did I forget to mention that veteran kicker Stephen Gostkowski blasted 35 of 37 field goal attempts through the uprights, including 13 of 14 from 40 yards or more?The BadEven with all of their success, New England was far from perfect as they struggled to both, run the ball and stop the pass at various times, ranking an identical 17th in both categories.Ironically, the Pats leaned more on their running game late in the season with LeGarrette Blount (4.7 ypc) joining the underrated duo of Jonas Gray (4.6) and Shane Vereen (4.1). All three backs averaged over 4.0 yards per carry.

The UglyWell…there was that ‘Deflategate’ thing in the postseason and that was a pretty ugly incident as it initially unfolded. However, after some smooth talking from Brady and head coach Bill Belichick, I’m simply not expecting much to come out of New England’s latest alleged cheating scheme.Let’s take a look at New England’s offensive statistics from this past season. 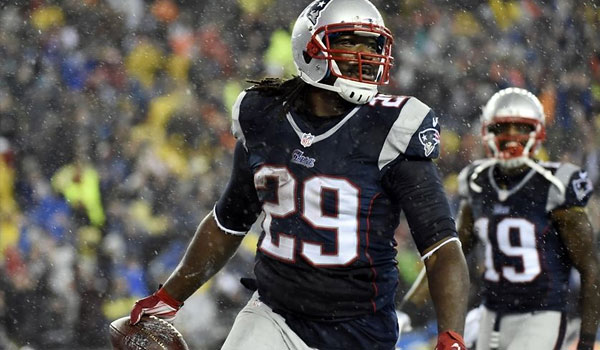 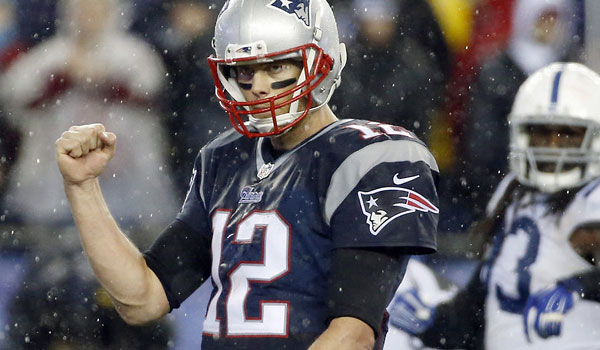 Defensive LineWhile New England finished a respectable ninth against the run, the Pats will need to address the interior of their defensive line this offseason, especially if they part ways withVeteran Vince Wilfork because of salary cap reasons.By releasing Wilfork, the Patriots could save over $8 million in cap room and New England has certainly set a precedent by releasing some of their big name players before.Defensive tackles Alan Branch and Sealver Siliga are both free agents and could both fail to return in 2015, though I suspect at least one of the two will be back.Running BackThe Patriots could also stand to shore up their rushing attack heading into 2015. While Shane Vereen had a fantastic 12-catch performance in the Super Bowl, Vereen could bolt for a bigger payday elsewhere and Stevan Ridley is coming off a torn ACL. The Pats could also part ways with late-season pickup LeGarrette Blount, so right now, New England’s running back situation is up in the air at best. 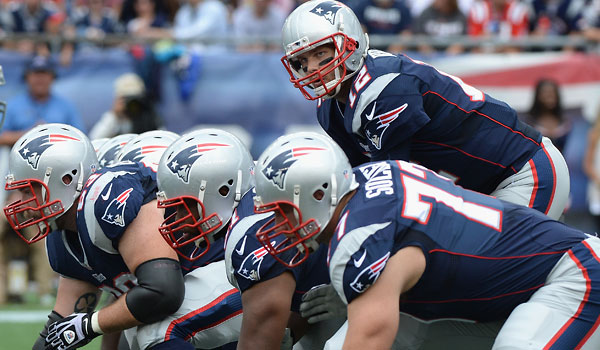 Defensive BackfieldRe-signing McCourty and Revis are likely New England’s most important free agent decisions. Depending on whether one or both return, New England’s defensive backfield could be very good – or mediocre at best.In the case of McCourty, I suspect he’ll likely be back with the Pats in 2015 seeing as how he’s a team captain and one of Bill Belichick’s favorite players. The franchise tag is a definite possibility for McCourty.As far as Revis is concerned…it’s all about the money with the still-elite corner looking at an enormous $20 million salary for the coming season. The Pats do have a bit of leverage since Revis is already under contract and New England doesn’t have to pay him his big option bonus until March 10, the first day of free agency.If the Patriots can’t get Revis to come down on his outrageous 2015 salary, then you had better believe the AFC and Super Bowl champs will begin their search for his replacement as soon as possible. 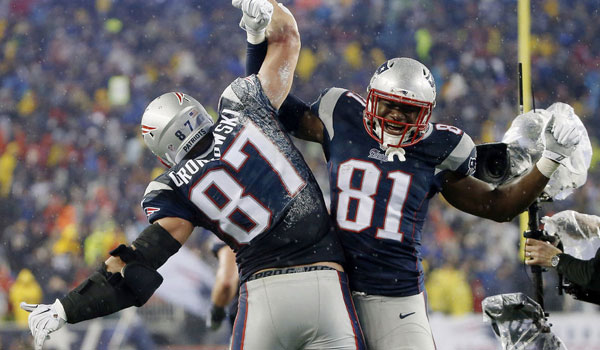 Team president Jonathan Kraft acknowledged recently that Revis’ contract for 2015 is a “placeholder” and that the sides plan to “get to work” on a potential contract extension in the coming weeks.“Hopefully both sides want to make a deal and we’ll be able to get one done,” Kraft said on sports radio WEEI’s “Dennis & Callahan” program with Kirk Minihane over a week ago.Wide ReceiverUnless you’re really comfortable with Brandon LaFell, Julian Edelman and slot receiver Danny Amendola, it’s a no-brainer that the Patriots upgrade their receiving core. Amendola had a fast and furious finish down the stretch run of the regular season for the Pats by hauling in 34 catches in the last five games.However, the diminutive but sure-handed veteran is also a $5.7 million cap hit that the Pats likely can’t afford, especially seeing as how they’ll save more than $2 million in cap space if they choose to part ways with Amendola. The bottom line for New England’s receiving core is that they need speed on the outside in the worst way. 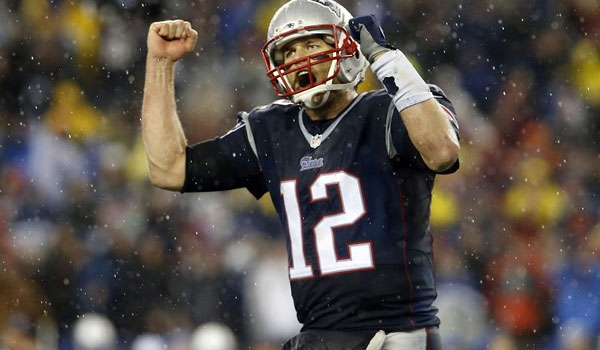 New England Patriots +800At a value-packed +800, the Patriots are the No. 2 pick on the board to win the 2015 Super Bowl, behind Seattle (+650) and just ahead of both Green Bay and Denver (both, +1000).From where I’m sitting, I’ve got to believe that New England is going to really challenge for another AFC Championship at the very least. I mean, realistically, who, outside of Indianapolis, Denver, Pittsburgh, Cincinnati and Baltimore, is going to challenge the Pats for conference supremacy in the AFC?I like the fact that the Pats recorded a solid ATS record despite facing huge odds as a favorite far more often than not. I also like the fact that the Pats showed some serious betting consistency by going 5-3 ATS and O/U at home and an identical 4-4 ATS and O/U on the road this past season.

If you don’t know it by now, then you should know this significant fact surrounding New England as they get prepared for the 2015 regular season. The Patriots have the 22nd toughest schedule in 2015.Tom Brady and company will go up against a bevy of teams whose combined record in 2014 was an aggregate 122-134, (.477). Sure it doesn’t seem right for the defending Super Bowl champs to have such a soft schedule after winning it all, but I suspect that all it means is that the Pats will likely reach double-digits in ATS wins after falling one game short of doing so in 2014. 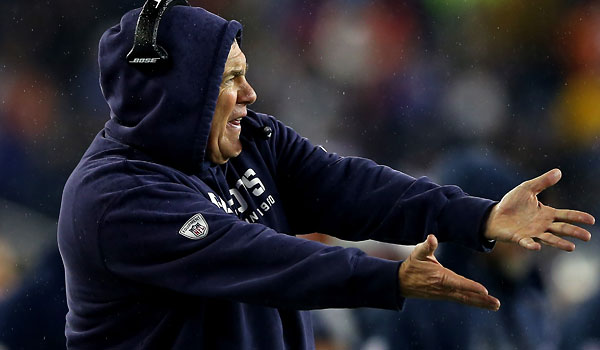 Barring injury to Tom Brady, I’m picking the Pats to win the AFC East again in 2015 (ho-hum…what’s new?) while likely earning the top seed in the AFC portion of the postseason.Sure, it’s quite possible that New England could have a Super Bowl ‘hangover’ but I just don’t see that scenario playing out, even if they fall short of winning it all.You see…whether you love the New England Patriots or hate them with a passion, you’ve got to admit that they have been, still are and will remain, one of the top Super Bowl title contenders as long as Tom Brady and Bill Belichick are joined at the hip.New England will win 11 games, though I’m not picking them to reach next season’s big dance. No…I’m going with another team to win the AFC Championship, but I also wouldn’t be surprised in the least if New England somehow managed to flip the switch during the second half of the regular season en route to another commanding run throughout the AFC playoffs.
Older post
Newer post