NFL News and Rumors
The reeling New Orleans Saints and their NFL betting fans will look to record their first win of the season when they square off against NFC South division rival Carolina, but the Saints could be without future Hall of Fame quarterback Drew Brees, making their task and the all around task of reaching Superbowl all the more difficult. Now, let’s find out if the Saints have what it takes to cover the spread.

24 hours till kickoff! Waiting for that chance to shine #Saints pic.twitter.com/VB9wxR2Szu 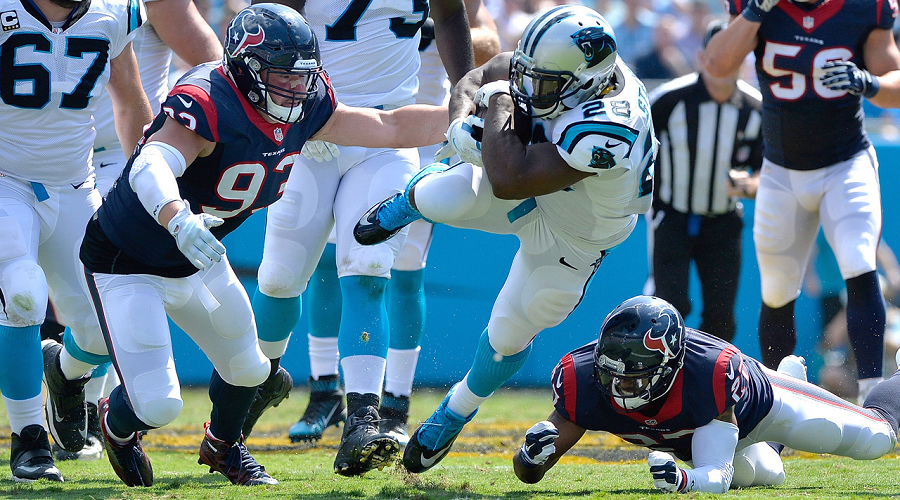 Carolina picked up a hard-fought 24-17 win over Houston in Week 2 to cash in as a 3-point home favorite as Cam Newton completed 18 of 37 passes for 195 yards and two touchdowns while adding another 76 rushing yards and one touchdown on 10 attempts. Newton’s rushing touchdown was highlight reel stuff as he was hit and flipped in mid-air  – before landing upright on his feet. “The Russian judge gave him a 3,” Carolina tight end Greg Olsen joked regarding Newton’s tumble. “Everyone else gave him a 10.” 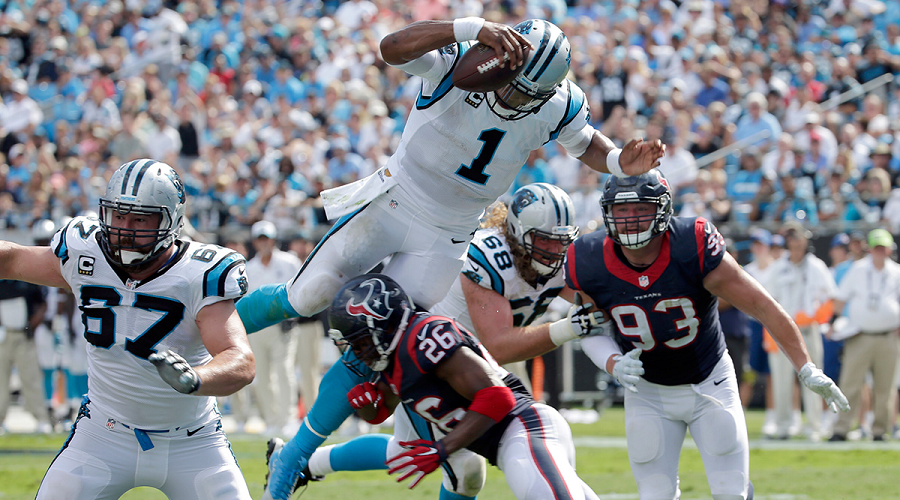 “I just know that my heart was in my socks,” said Newton, who was the game’s leading rusher with 76 yards. “(When) I was flipping, I was like, ‘Hey, I don’t know how this is going to end.’ Then I was thinking. I can stick this. I didn’t stick it. I think I still got a high rating by the judge.” 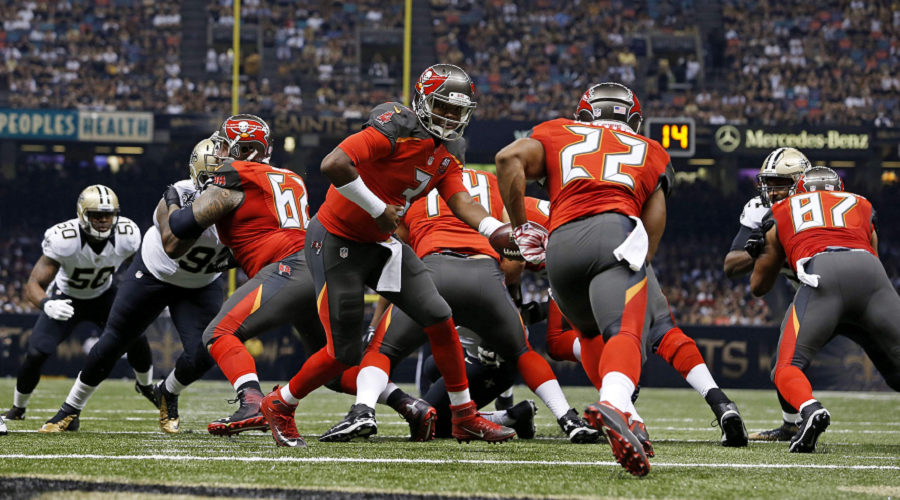 New Orleans was on the wrong end of a surprising 26-19 loss to Tampa Bay in Week in which they failed to cover the spread as 9.5-point home favorites. Brees was sacked four times in the loss, with three of the sacks coming from defensive end Jacquies Smith. Brees was injured when Smith hit his throwing arm early in the second quarter. After the play, Brees continued to rotate his right arm in a circular motion and rub his elbow. Although Brees stayed in the game and completed 24 of 38 passes for 255 yards although he clearly looked injured. 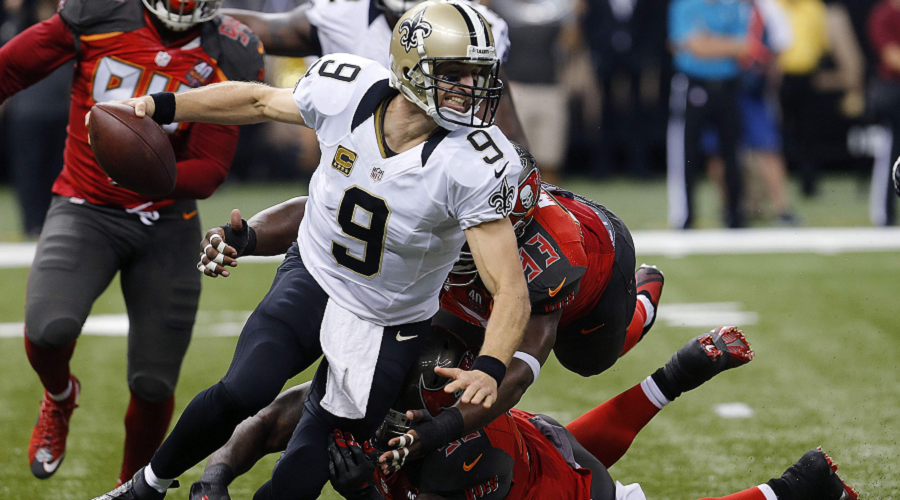 When asked how the injury affected his play from that point on, Brees replied: “I’d say it affected me on a few of the throws down the field. They just didn’t come out very well. … That’s the season. Everybody’s dealing with something.” 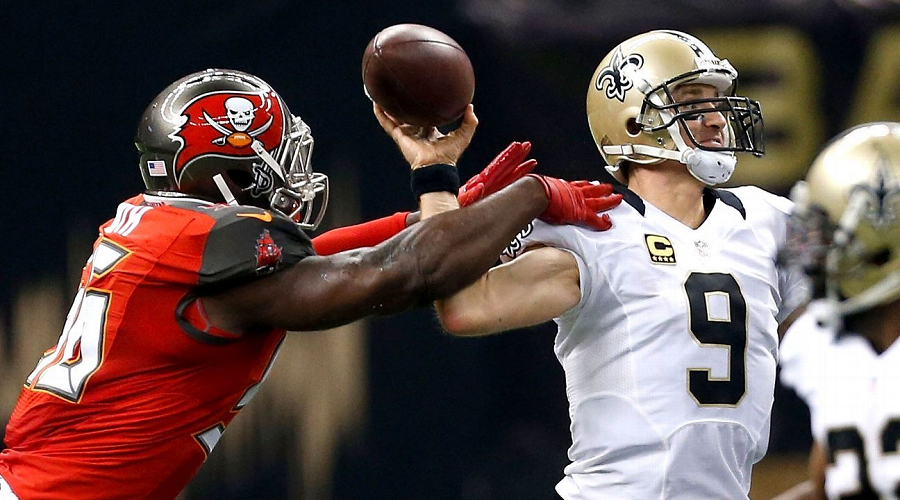 68 percent of public bettors likes Carolina to cover the spread and I believe that’s the right call – and an easy one – seeing as how the Saints are playing horrific football right now and Brees is banged-up. New Orleans is just 2-5 ATS in their last seven games following an SU or ATS loss, 1-5 ATS in their last six games in the month of September and 0-4 ATS in their last fur games against their NFC South division rivals. 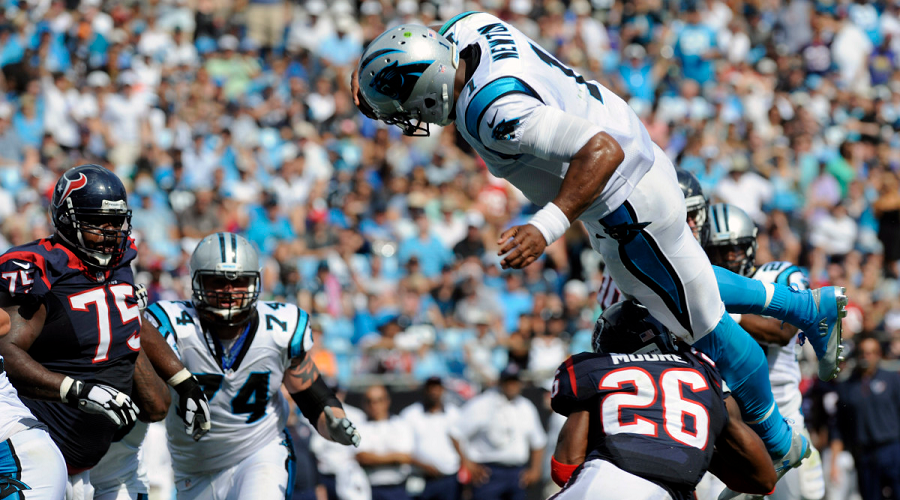 With the Panthers going 4-1 ATS in their last five games following an SU win and a consistent 8-3-1 ATS in their last 12 home games against a team with a losing road record, I say Carolina wins and cashes in with room to spare. With the Under going 10-2 in the last 12 meetings between these foes when they meet in Carolina, I also like the Under.
The Pick: Carolina 24 New Orleans 14
Older post
Newer post