NFL News and Rumors
The incendiary Arizona Cardinals will beat the San Francisco 49ers when the two teams square off in their NFC West division matchup on Sunday, making the only ‘real’ question surrounding this contest whether or not the Cards will cover the NFL betting spread as double-digit road faves.Let’s find out now!

The Cards have won four straight games including their thrilling 34-31 win over Cincinnati in Week 11 as a 4-point home favorite.Veteran quarterback Carson Palmer completed 20 of 31 passes for 317 yards with four touchdowns to lead the Cards to the narrow victory. Palmer also overcame two interceptions to get the win, but head coach Bruce Arians wasn’t very happy afterward.“It’s kind of sounding like a broken record, but I really didn’t like the way we played,” Arians told reporters.“We had another tough opponent in the Bengals with only one loss but we were able to drive down late in the game and finish it off,” safety Rashad Johnson said. “We’re finding ways to win, and we have momentum at the perfect time.”The 12-year veteran has tossed 11 TD passes in his past three games to take over the league lead with 27 and just three short of Kurt Warner’s single-season franchise mark of 30 TD passes set in 2008.“He can have rough moments, shake them off and just come on back,” coach Bruce Arians said. “He’s like a really good pitcher who can’t find the plate, then all of a sudden he gets in a groove.”Now the Cards are set to face a new starting quarterback for Frisco with veteran Blaine Gabbert replacing former starter Colin Kaepernick two weeks ago.Arizona (8-2) blew the Niners out of the water in their first meeting this season while intercepting Kaepernick four times and returning two for touchdowns in the Cardinals’ 47-7 win. Still, the Cards are wary.“Gabbert is taking care of the football better. The receivers are more involved so it’s a good challenge for us,” said Arizona safety Tyrann Mathieu, who scored one of those first-quarter touchdowns in September.“It seems like Gabbert has a better understanding of coverages and getting his receivers involved. He’s an underrated passer. We know those guys are going to come out fired up, ready to prove a point.”“They’re still the Niners. It would mean a lot to this franchise,” linebacker Kevin Minter said. “We’ve just got to get it done. It’s not going to be an easy game by any means. … It would be a big step forward for this organization as far as being on top of these guys. It’s time for us to finally be on top.”

Say what you like, but I say Blaine Gabbert is an improvement over former starter Colin Kaepernick. Gabbert played good football by completing 22 of 34 passes for 264 yards and one touchdown in Frisco’s 29-13 Week 11 loss against Seattle as a 14-point road underdog.Unfortunately, the Niners allowed Seattle rookie running back Thomas Rawls to rush for a whopping 209 yards in the loss as defensive lineman Glenn Dorsey tore his right ACL on the Seahawks’ first play from scrimmage. The 49ers went on to allow a season-worst 255 yards on the ground.“When Glenn got hurt, I didn’t like our body language,” coach Jim Tomsula said. “We have to address that.”Gabbert has never played alongside leading rusher Carlos Hyde, who has been out since Oct. 22 with a stress fracture in his foot. 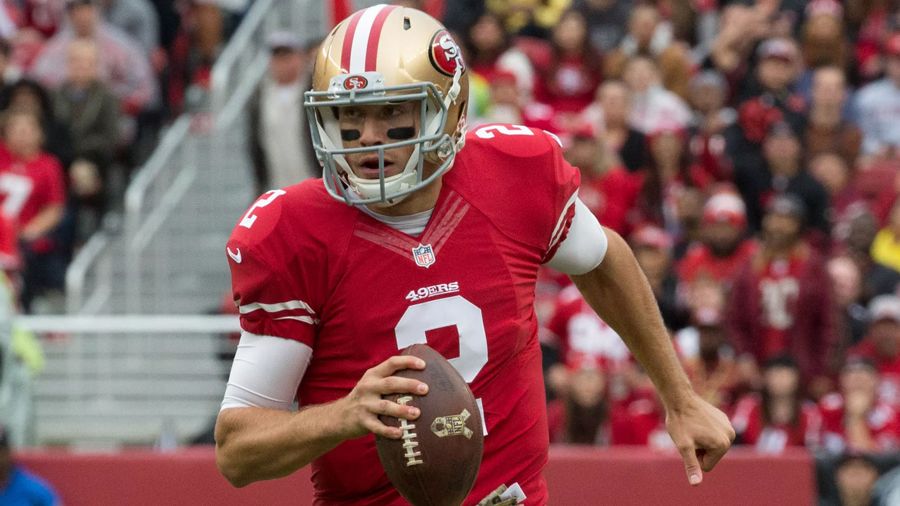